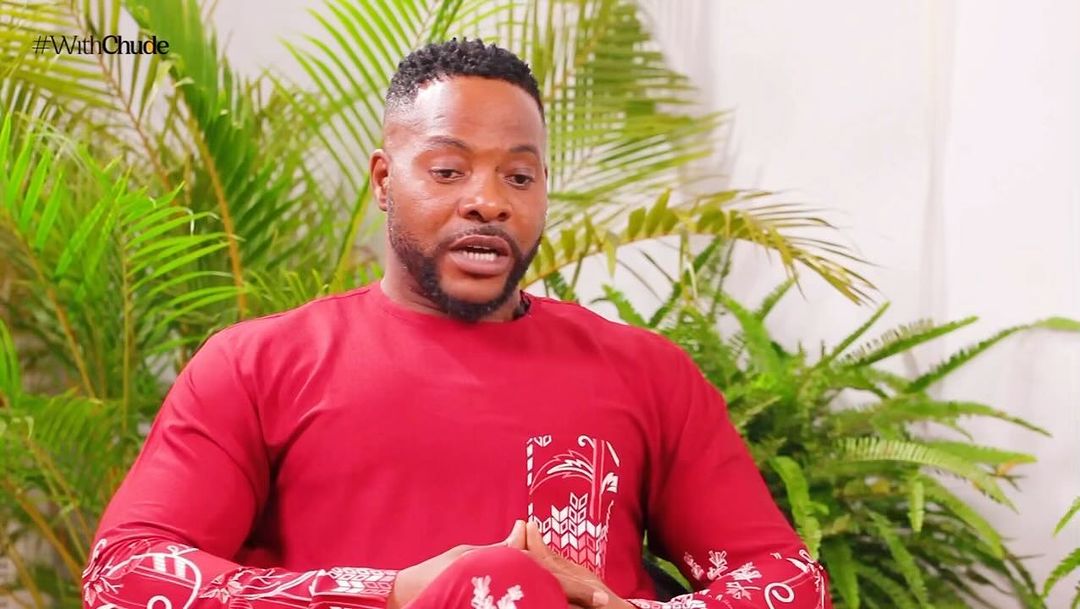 “Bolanle Ninalowo is hands down one of the coolest people I have met,” says Chude Jideonwo. “The kind of person you want to run to when you don’t know what to do because they’ll figure it out.”

The Nollywood actor was in the latest episode of #WithChude and he intimate stories about leaving America, losing all his money in Nigeria, falling flat on his face, losing his family and begging to get his wife back.

On marriage and retracing his step to get his wife back:

I needed to take time back to see what I had done to her. The years when I was feeling like I was still young and cheating all day, breaking her heart and everything, to the years where I wasn’t there and I was just pursuing my dreams, but I forgot that this was a human being that was taking records and taking experiences of her life as well.

So, I became a person she didn’t recognize anymore, and I couldn’t even call her to pick up the phone. So, to get that restored, and to achieve that back, I needed to go back and start afresh, detox and clear everything that I have done.

First, God. I prayed, I cried myself to God. I acknowledged everything I did wrong to God, not to her. I submitted myself and I did what God wanted me to do. If the spirit told me to prostrate and beg at that moment, then that’s what I did.

There is no generality in marriage; it’s significant and unique to people. My situation is different from your situation. If I have to crawl in the gutter to beg my wife, that’s what I’ll do. If something is valuable to you, you won’t lose it. There were hundreds of people trying to interfere in settling it, but it never worked. The day my God restored my wife and I, nobody was involved. It was just a phone call.

On dealing with depression and discovering his talent later on:

When I first came to Nigeria, I was influenced by D’banj and so many other people doing great things. I’m going to be 42, so those people are within my age bracket. I was like these people are getting a piece of the cake; it’s a big cake, and I gotta get mine. I knew, then, that I have to do the work. A lot of people admire the look of success; they don’t want to be successful, they just admire it

I realised that while I admired it, I had to put my mind to it to get it done rather than being blind to it. Then I decided to try movies, and I had a little bit of cash, and while I was duped, it was the beginning of the success that I am today.

I did that after a year or 2 of depression and losing money, and eventually turned to music. I discovered a few talents and became an executive — doing another thing I had no idea of, no experience doing, and was never scared of that. But I believe that hands-on experience is greater than being taught.

New Music + Video: Nanle – On a Base to Score
Toka McBaror’s “Almajiri” Brings #AFRIFF2022 to a Close with Ayo Makun, Rahama Sadau & Alexx Ekubo in Attendance