EXHIBITION boxing is back next weekend as Floyd Mayweather takes on Deji in Dubai.

Mayweather had fought a number of these exhibitions before, having beaten both Mikuru Asakura and Don Moore earlier this year.

And he’s set to earn millions again in a clash with KSI’s brother Deji.

But on the undercard of the big fight is Conor Benn’s brother Harley, who faces Faizan Anwar.

Who is Harley Benn?

Harley, like his half-brother Conor and famous dad Nigel, is a professional boxer.

Harley was conceived after Nigel, 57, had an affair with his mum Lisa Andrews while going through IVF with second wife Carolyne.

It was announced last month that Harley would be in action on the Mayweather-Deji undercard.

“LETS F****G GOâ¼ï¸ A nice test for me against an undefeated fighter. This is where I show the world what I can do,” he wrote in a post on Instagram. 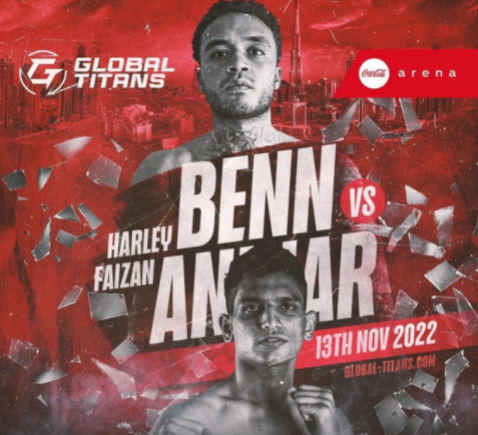 Promoters Global Titans announced the bout and revealed anti-doping tests will be in place.

A statement said: “The Middle East Professional Boxing Commission has requested a full Anti Doping testing regime for this bout.”

That comes following the news of Benn’s brother Conor failing a pre-fight drug test ahead of his clash with Chris Eubank Jr last month.

Conor, 26, returned an adverse finding for the banned substance clomifene in a Voluntary Anti-Doping Association test.

The substance, usually used to treat infertility in women but can increase testosterone in men, is prohibited by the World Anti-Doping Agency.

The bout was called off and Conor relinquished his British Boxing Board of Control licence.