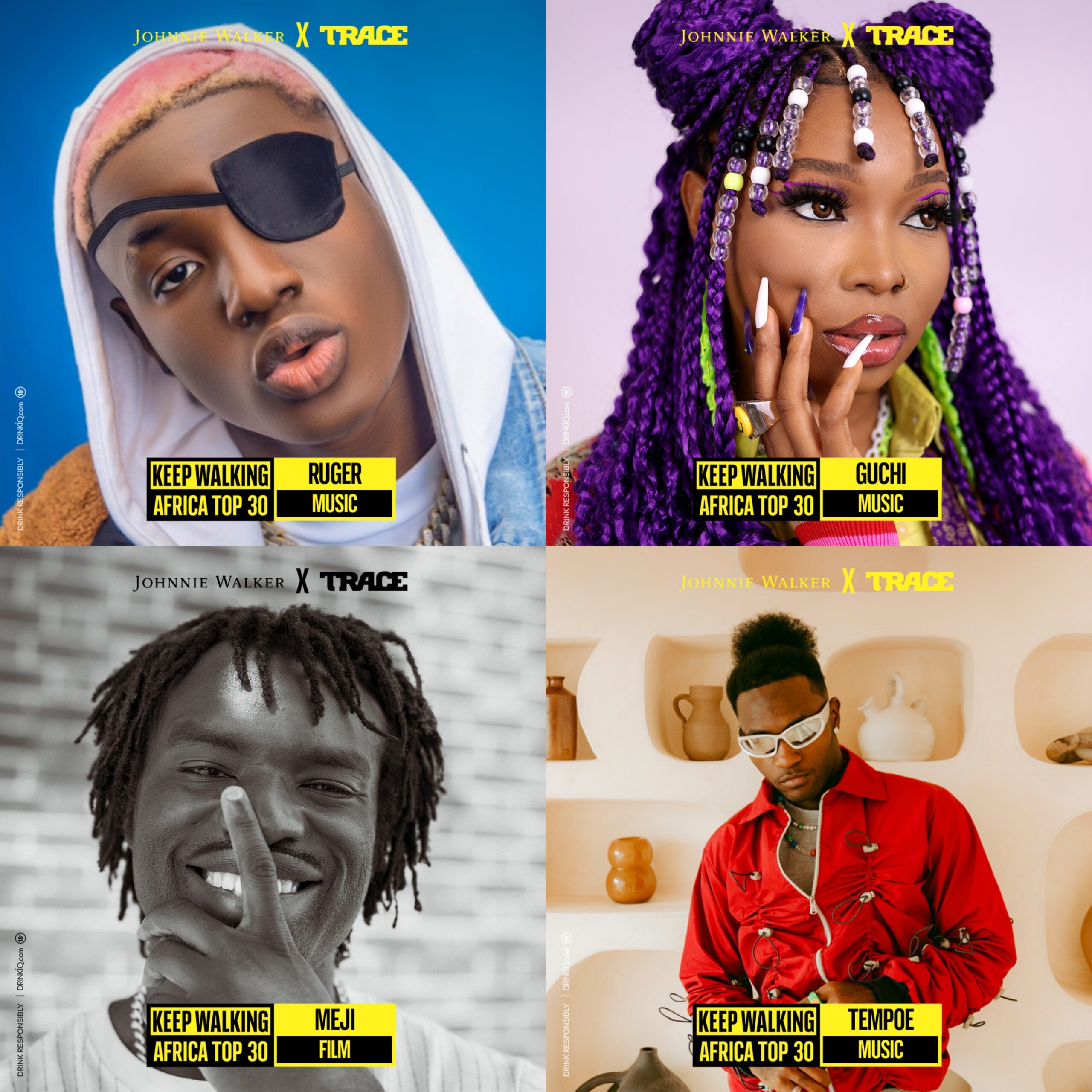 4 Nigerians talents have been named in the inauguralÂ “Keep Walking: Africa Top 30” list by Johnnie Walker and Trace.

Singers Ruger and Guchi, as well as producer Tempoe and film director Meji Alabi, are the Nigerians on the list of “next-gen African creatives and visionaries who are boldly pushing culture forward while making an impact on the continentâs creative economy, across music, film, media, fashion, and art.”

“Weâre thrilled to have been able to bring this new awards platform to life along with Johnnie Walkerâ ¢ and to identify this inspirational group of cultural shapeshifters. They all follow their own paths and, in doing so, bring nuance and progress to African culture, of which the world is taking notice,” says Valentine Gaudin-Muteba, Trace Managing Director, Southern Africa.

From Angola to CÃ´te d’Ivoire, Cameroon, Ethiopia, Ghana, Gabon, Kenya, Mozambique, Nigeria, Rwanda, South Africa, Tanzania, and Zambia, the list includes artists like Musa Keys, DJ Desiree, and De Hermes; and creatives such as Luxury Recycle, Prince Gyasi, and Jay Muigai, who have helped shape and move African culture forward. This list was made after top talent managers and business leaders from all over Africa spent two months looking for pan-African cultural shape-shifters.

“Weâd like to congratulate all the recipients; they are all so deserving of this recognition. In our search across the continent for a fully pan-African list, it was always so rewarding to discover that, while creators come from many different regions and from different creative paths, there was always one intention: to unify and progress Africaâs collective culture. Along with Trace, Johnnie Walkerâ ¢ is proud to be able to contribute by presenting this recognition,” adds Adrian De Wet, Brand Lead House of Walker and IPS.

And the recipients are: