Burna Boy took to his Instagram stories to apologise to his fans and everyone who showed up at his Lagos Love Damini concert for performing late and all the inconveniences they experienced.

The event, which was supposed to start at 6 p.m., did not start until after 10 p.m., according to fans on social media. They had to wait until around 3 a.m. before Burna Boy appeared on stage.

In an apology to his fans, the singer stated that neither he nor his band were late for the show, but that the delay was due to audio and production issues. He also urged investors and stakeholders to work with him to build world-class infrastructure in the Nigerian entertainment industry.

I love you but I can’t do this again. The organisational structure and infrastructure is not there for the complexities of my audio and Production needs. Let’s be clear. I wasn’t late, my band wasn’t late. We pride ourselves on being highly professional especially with our stage craft. There were three options available to me; wait for audio to be fixed and delay the show, come out at pm as planned with no sound or call breach of contract and pull the plug. I know I can’t go all over the world and neglect my own people so I’m taking matters into my own hands! I’m gathering the troops to work on building world class infrastructure in the Nigerian entertainment business. Investors and stakeholders interested pls hit me up, we need to make some changes I apologise to my fans for how hectic it was, thank you for staying and weathering the storm with me I commend my band @fromtheoutsiders for making lemonade with the worst lemons we’ve ever seen!

Wonder X, KC Kennedy, Olisa Adibua and Creative Economy Catalyst (CEC) did an abysmal job of executing anything and my fans should never have had to go through that. I’ll see you all again, on spaceship time! No one else’s. 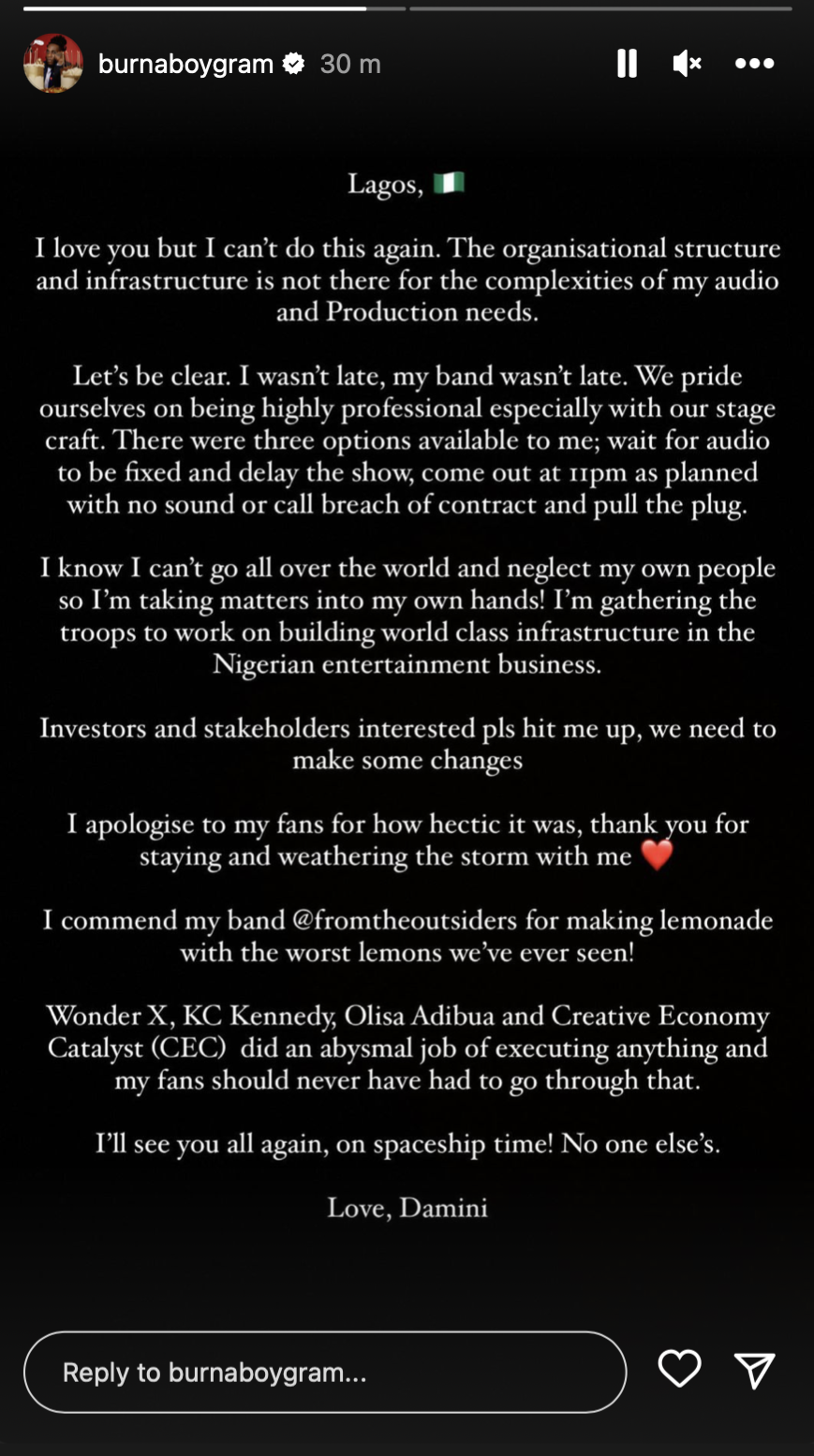 P-Square Will Release a New Album in 2023