ZLATAN IBRAHIMOVIC hilariously only had one player on his mind when he was quizzed about who would take the World Cup by storm.

The Swedish legend, who has penned a new contract at AC Milan despite turning 41, will unfortunately not be part of the Middle East football fest.

His nation failed to qualify and he is also recovering from knee surgery.

Last season he helped Milan win the Serie A title, scoring eight goals in 23 outings and playing for SIX MONTHS with his ACL injury.

But with his country not participating, it is his strike partner at the San Siro who is rooting for out in Qatar.

During an interview with 443, he picked Olivier Giroud, who is already off to a flying start after a brace in France’s 4-1 win over Australia on Tuesday, to win the World Cup Golden Boot.

However, the AC Milan star’s 36-year-old club-mate was also on his mind when he was asked to name who will be the biggest surprise of the tournament.

And Ibra continued with that theme as he was then asked who he thought would be the best player in Qatar.

The icon, 41, replied: “I root for my friend Olivier Giroud.”

Next he was asked: “Who will be the biggest talent of the tournament?”

And, you guessed it, Ibrahimovic went for the ex-Arsenal and Chelsea star again.

He responded: “Olivier Giroud because he is still young and if I say that he’s young then that means that I am young also.”

Ibrahimovic will no doubt be tuning in and rooting for his pal again on Saturday as he looks to surpass Thierry Henry as his country’s all-time top scorer after equalling his record against the Aussies.

France take on Denmark knowing a victory will secure their place in the knockouts.

They then face Tunisia next Wednesday in their final Group D game. 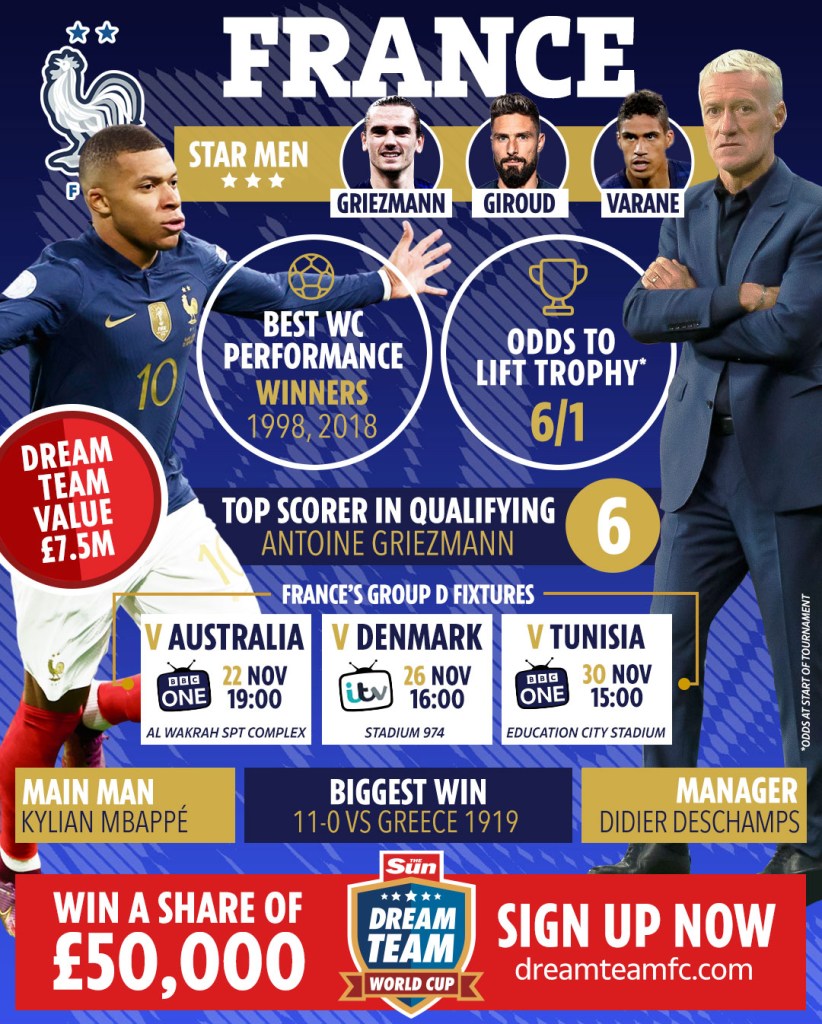