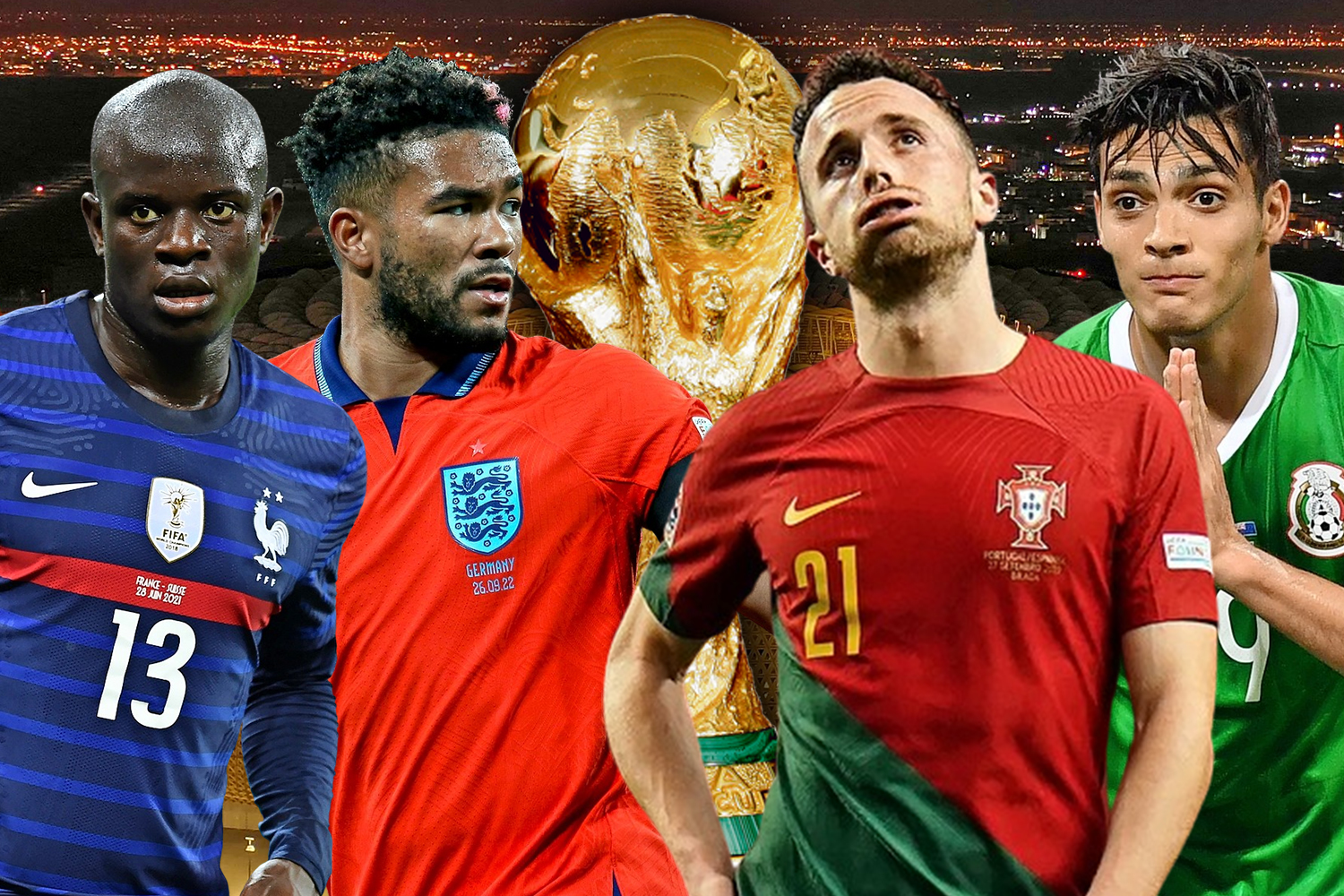 QATAR’s World Cup will see the most famous names in world football face off against each other over November and December.

England will be hoping to bring home the trophy after reaching the semi-final stages in 2018 before suffering defeat to Croatia.

The likes of Brazil, France, Spain and Germany will be standing in the way of Gareth Southgate’s men as the top-performing stars in football battle it out for international glory.

However, there are set to be many noticeable absences as the tournament approaches.

Here is a full list of absentees from Qatar, which SunSport will keep updated between now and November 20.

AS Roma star Paulo Dybala could be set to miss the World Cup after suffering a freak injury against Lecce in October, with his boss Jose Mourinho, admitting: “The injury looks very bad. I’d say bad, but honestly after speaking with Paulo… I think very bad”.

He could be joined on the sidelines by teammates Joaquin Correa, who is doubtful for the tournament due to a knee injury and veteran Angel Di Maria, who sustained a thigh problem.

The Socceroos will be likely be without Kye Rowles after he broke his foot, while Harry Southar was doubtful but is in line for a return for Stoke City before the tournament so could be called up.

Alexis Saelemaekers is set to miss the tournament as the AC Milan star was ruled out for the remainder of 2022 after picking up a serious knee injury, seeing him out of action between six and eight weeks.

Liverpool loanee Arthur Melo has been ruled out of the tournament also, suffering a long-term muscular injury after failing to nail down a starting spot during the beginning of his spell in England.

As it stands, Cameroon have a fully fit squad going into the World Cup as they look to impress at the tournament.

The Canadians are without any injury concerns.

Alphonso Davies received a bump to the head against Plzen in the Champions League, but recovered and returned to action for Bayern Munich with no long-term injury.

The Central Americans go into the tournament also with a fully fit squad.

Marcelo Brozovic has faced a spell out with injury but if thought to be fit enough for selection despite his hamstring issues.

Andreas Christensen has faced three weeks on the sidelines for Barcelona with an ankle injury but should be back in time to travel to Qatar.

Joao Rojas has been ruled out of the tournament with a knee injury, while teammates Gonzalo Plata and Robert Arbeloda are also doubtful.

Kalvin Phillips and Emile Smith Rowe will be unavailable for selection after surgeries on shoulder and groin injuries respectively.

Reece James is expected to miss the tournament also, with Chelsea ruling their defender out for eight weeks as Kyle Walker could also miss the World Cup to Southgate’s blow.

However, after being sent to Dubai for rehabilitation, the defender has admitted that he is refusing to give up on his dream of making the World Cup squad. 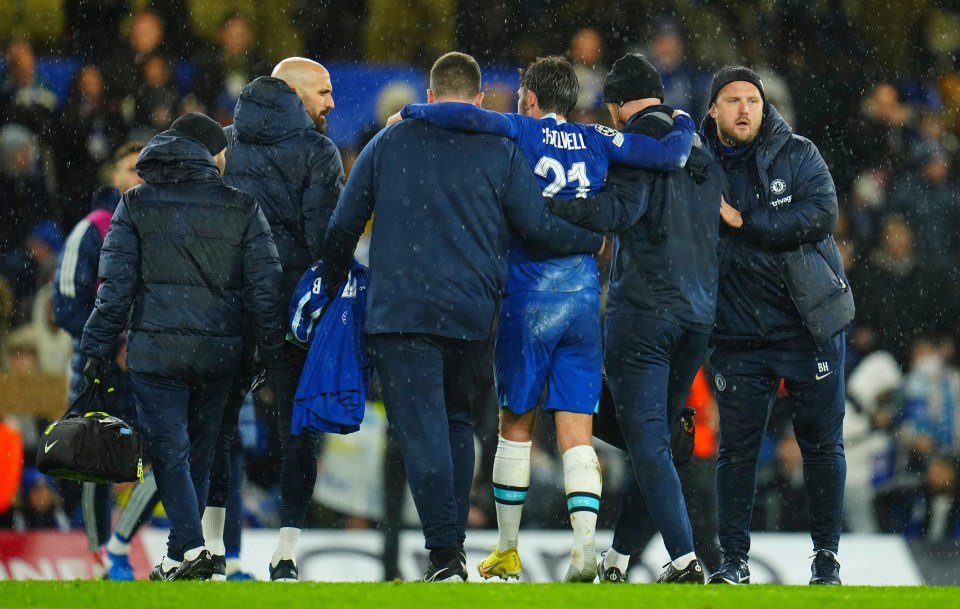 His Chelsea teammate Ben Chilwell is now a major doubt for the tournament after being taken off in the Blues’ 2-1 win over Dinamo Zagreb.

The defender had struggled with an ACL injury in the past and was substituted in the dying minutes, appearing in some discomfort before leaving the stadium on crutches. 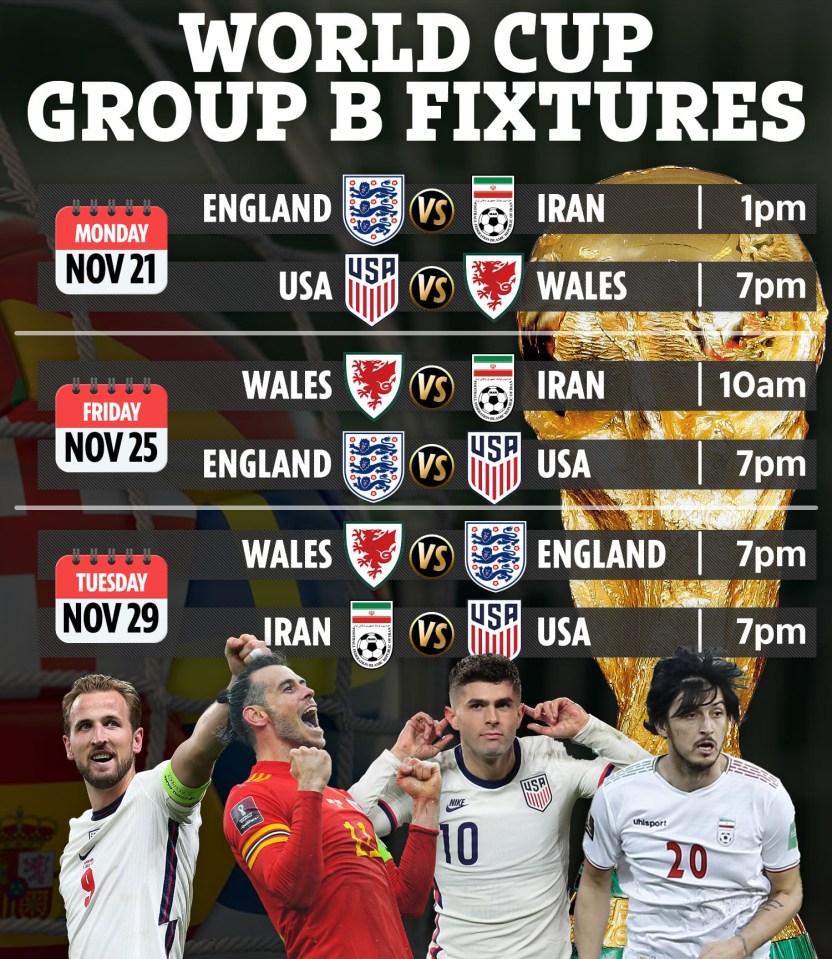 Paul Pogba will miss out for France, it has been confirmed.

The Juventus talisman suffered a setback in his recovery from a knee injury, and will play no part in Qatar.

While fellow midfield sensation N’Golo Kante will also not take to the biggest stage of them all.

Kante has undergone an operation on a hamstring injury.

Boubacar Kamara will not be seen in Qatar after suffering a knee injury and there are a host of doubts for the reigning champions.

Lucas Digne, Lucas Hernandez and Presnel Kimpembe are all doubtful to make the tournament as France may have to dive into their depth if they are to make it to the latter stages of the tournament.

And Manchester United star Raphael Varane is the latest Frenchman who could miss the World Cup after going off in tears against Chelsea.

But the latest news is that Varane is expected to be out of action until at least the World Cup, with there being a chance that he is back in time to travel with France, Erik ten Hag has confirmed.

Marco Reus was close to World Cup heartbreak after an ankle injury at Borussia Dortmund but could still make the tournament as Florian Wirtz faces a race against time to recover from an ACL issue.

Ghana have no injury concerns heading into the World Cup.

Allahyar Sayyadmanesh faces a race against time to return for England’s Group B rivals.

Iran’s hopes will be lying on the fitness of ‘the Iranian Messi’ Sardar Azmoun, who has suffered with calf injuries this season but looks good to go.

Former Arsenal winger Ryo Miyaichi has been ruled out with an ACL injury while another former Gunner Takuma Asano remains a doubt alongside Ko Itakura, both with knee problems.

Jesus Corona will be out of the tournament after breaking his leg while Wolves striker Raul Jimenez faces a race against time to return.

As things stand, it would take a huge stroke of fortune for Jimenez to return, he is currently in Mexico with a reported chronic fatigue problem, having missed most of Wolves’ recent Premier League games.

The striker has not been his usual self since fracturing his skull in 2020, but has been a regular starter for Wolves since coming back.

Former Liverpool midfielder Gini Wijnaldum will miss the World Cup with a broken leg while Matthijs de Ligt remains a doubt with a groin injury.

Brighton’s Jakub Moder will miss the tournament with an ACL injury while Pawel Dawidowicz remains doubtful.

Portugal have been hit hard as Diogo Jota is the latest confirmed absentee for the tournament.

Pedro Neto and Ricardo Periera are also unavailable through injury. Nuno Mendes and Pepe are also doubts going into the tournament.

Host nation Qatar will be without Abdullah Al-Ahrak due to a cruciate ligament injury, ruling him out of the home tournament.

Saudi Arabia have a fully fit team heading into the competition.

There is a double blow for the African side as Bouna Sarr is out with a knee injury and Keita Balde is banned due to an anti-doping violation.

Ivan Ilicic and Darko Lazovic are both doubts for the World Cup due to muscular problems.

South Korea have no fresh injury concerns heading into the tournament.

Luis Enrique’s side could be without duo Dani Olmo and Mikel Oyarzabal as they remain doubts heading into the World Cup.

The Swiss go into the competition with a fresh squad and no injury concerns.

Tunisia are optimistic, with no absentees as of now.

Miles Robinson’s Achilles injury has put him as a doubt ahead of November but the rest of the squad are fit as they hope to fire the USMNT to glory this winter.

Ronald Araujo is one of the latest Barcelona players to be struck by injury, with his groin issue thought to have ruled him out of action.

However, Director of National Teams of the Uruguayan Football Association, Jorge Giordano, has provided a positive update, stating that they expect Araujo to be fit for Uruguay.

England’s final group stage opponents, Wales, have a fully fit side as they look to cause an upset in Qatar.

Gareth Bale has had a few injury issues to deal with along the way, as has Aaron Ramsey, who is notoriously injury-prone.

Who else will miss the 2022 World Cup in Qatar?

The likes of Erling Haaland and Mo Salah will not be making the trip to the Middle East, having failed to qualify with their countries, while Italy also will not feature at the tournament.

Alongside these noticeable absentees, other big names will miss out due to no fault of their own.

We have you covered with all the latest injury news ahead of the 2022 World Cup in Qatar, missing through injury.