LUIS SUAREZ failed to get a nibble against South Korea as Education City was left hungry for goals.

The famous chomper could not get his teeth into this game and was subbed in the 64th minute after having no effect.

Three times he has been banned for biting opponents including Italy’s Giorgio Chiellini which saw him thrown out the 2014 World Cup.

But he was part of a toothless Uruguay attack against South Korea.

It was Liverpool past and present as the 35-year-old veteran of now four World Cups paired up with Darwin Nunez up front.

But when Nunez failed to find Suarez with a square ball when there was a threat of a chance Uruguay coach Diego Alonso decided it was time to swap one 35-year-old for another as Suarez made way for Edinson Cavani.

Suarez’s contribution was no shots, no chances created, two touches in the opposition box, and just seven passes one of which was from the kick-off.

Could Cavani do any better? We know how much he loves his country, after all, he asked to stay there for a couple of days after international duty rather than return to Manchester United and help them out in a Carabao Cup game against Middlesbrough during his time at Old Trafford.

He would have no joy either, although he was inches from directing Nunez’s curling shot home with a flick of his forelock, instead he missed it and the ball curled wide of the post.

No joy at the other end either for Tottenham’s Son Heung-min who was largely starved of the ball. 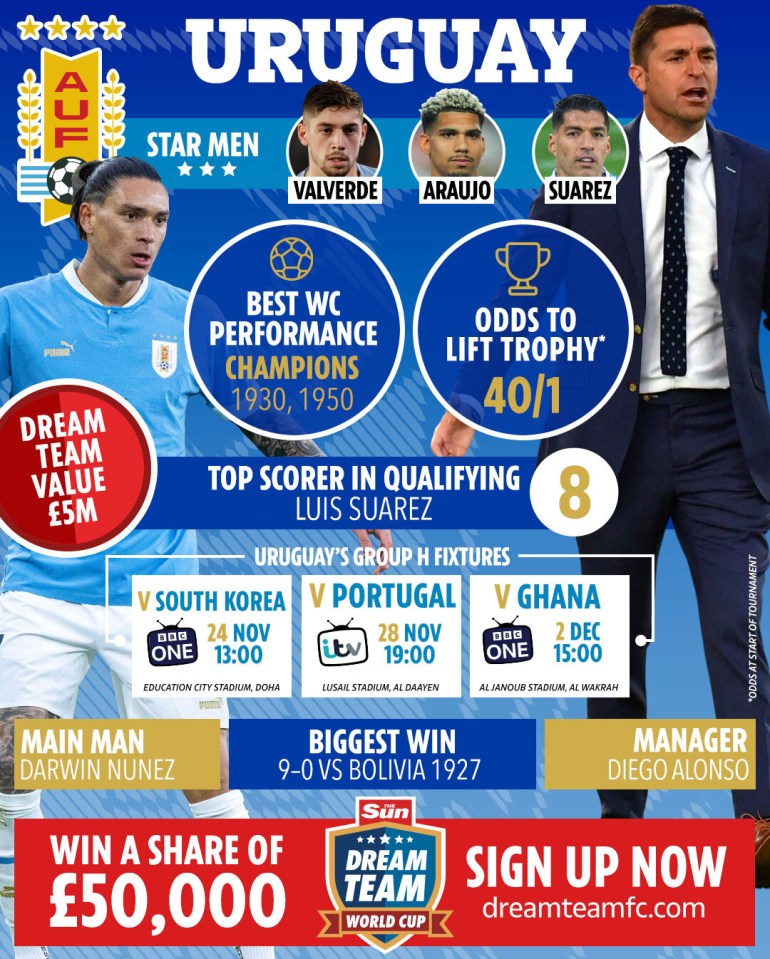 The odd time it got near him there were roars from the South Korean fans for the Tottenham ace who only just made it to this World Cup having had surgery on a fractured eye socket this month.

He played in a mask but ended up being a Lone Ranger.

There was a chance each to break the deadlock in the first period.

After a very cagey half hour South Korea looked to have finally found the key to unlock the Uruguay defence. Jung Woojoung found Kim Moonhwan in space in the area to square the ball into the danger zone in front of goal. Nobody was on Hwang Uijo, but he leant back and scooped a side footed shot over the bar.

He laughed at his own error, sadly non of his teammates joined in as they held their heads in their hands. Rattled Uruguay then shook the woodwork just two minutes before half time.

Real Madrid’s Federico Valverde swung over a corner and captain Diego Godin rose highest to turn a thumping header goalwards. The goalkeeper was well beaten but the ball hit the inside of the post and shot back across the goal before being turned behind for a corner.

The woodwork would rattle again for Uruguay a minute before the end when Real Madrid’s Federico Valverde got forward and released a long-range drive that crashed off the left-hand upright.

Plenty to chew on for both coaches. 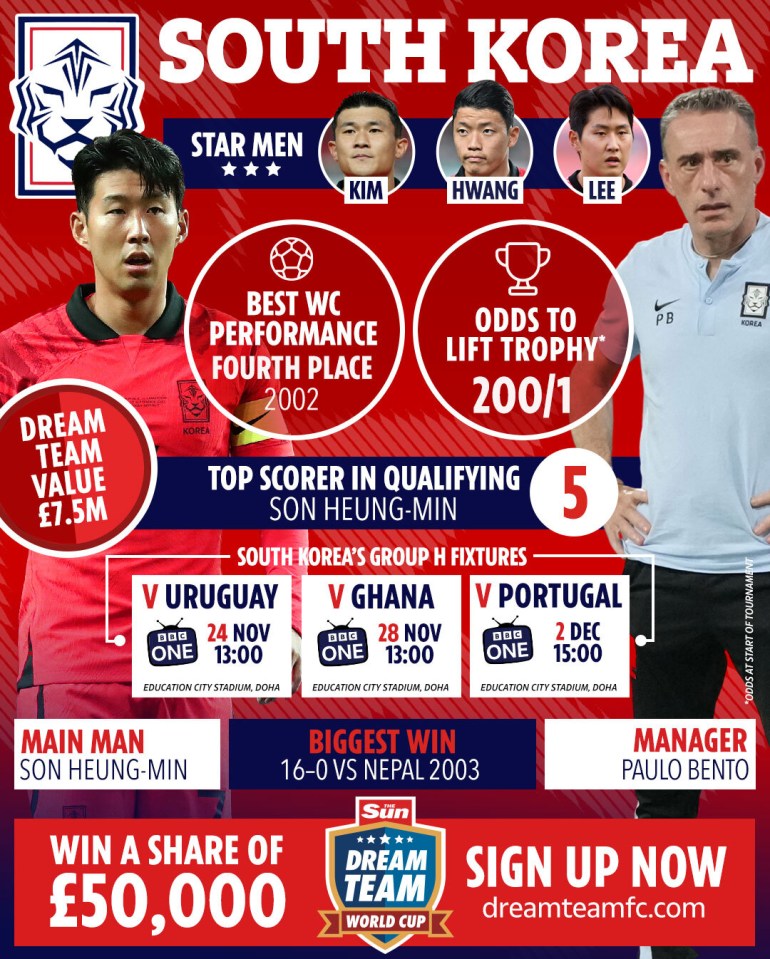