Central Okanagan Search and Rescue (COSAR) said two men hiked the popular Okanagan trail and on their return trip, decided to take a shortcut down the front face of the mountain.

During the climb down, one of the men fell several metres and struck his head. The other reached the same point but was unable to climb either up or down from the ledge.

The pair called 911 when they realized they were stuck. 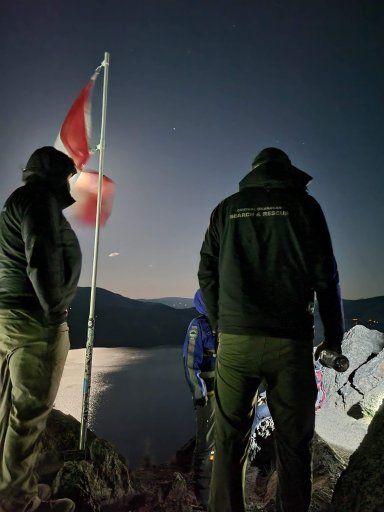 Emergency crews evacuated the injured man and transferred him by ambulance to the hospital. The combined teams spent the next five hours extracting the other man from the ledge.

He suffered non-life-threatening injuries and was released.

“The male was in a position that was not easy to get to and with darkness setting in it made the job extremely difficult,” he said.

“One aspect in our favour was the fact there was a full moon and a clear sky which helped.”