Kathi Nelson and her daughter Jillian were both diagnosed with COVID-19 earlier this month. Jillian had picked it up at work and then passed it along to her mother, who she lives with.

“Viral headaches, body aches and pains, fevers, just complete (debilitation), no energy whatsoever and then the breathing starts, you start coughing, coughing where you can’t catch your breath.”

Nelson is currently one of over 80 patients at the Halifax Infirmary fighting the virus. She was admitted Sunday night after her oxygen levels dropped dramatically.

While still tired, she’s on the mend, but just as she was preparing to get discharged, her daughter was admitted.

“So we’re both in hospital with this and she’s in ICU on a ventilator.” 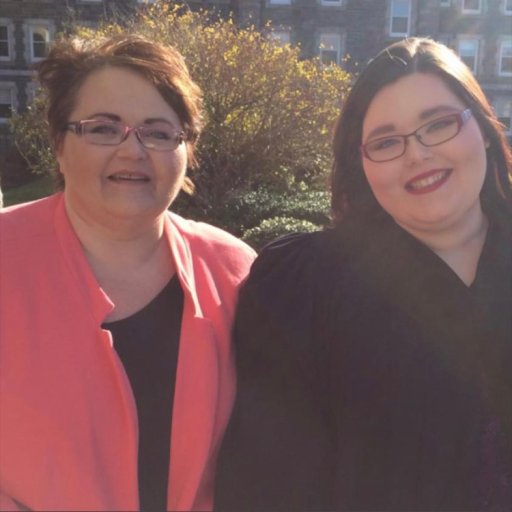 Kathi Nelson and her daughter Jillian have both been admitted to hospital due to COVID-19.

Nelson said she never would have expected her 26-year-old daughter to be the one in intensive care.

“I have COPD (chronic obstructive pulmonary disease), I’m older, chances are I’m the type you would assume would end up on a ventilator,” said Nelson.

“She’s young and healthy, she’s 26 with no conditions and she went through a whole week and a half (of the virus).”

Nelson says her daughter had experienced many of the same symptoms she had, like exhaustion and fever, but her daughter never had any respiratory issues until day 10 of the virus, when her oxygen levels dropped.

“She was whisked away from home at 6:30 in the morning and by four she was in here on a ventilator,” said Nelson.

Every day more Nova Scotians are ending up in hospital due to the virus and the number of ICU patients is climbing. Dr. Tony O’Leary, the medical director for critical care for Nova Scotia Health, said that as of Thursday morning there were 23 patients in the ICU at the Halifax Infirmary due to COVID-19.

“We’ve maxed out what we would consider our normal ICU capacity.”

To deal with the influx of patients, the province has activated its escalation plan to open more beds. The plan was developed ahead of the first wave of COVID-19 and has guidelines in place to reduce other services in order to put more resources into critical care.

“But it’s a whole team of people required to make sure that bed is operational, and that’s nurses, physios, respiratory therapists, social workers. All that team is required before we can expand.”

Across the province, there are about 98 ICU beds on any given day, and with the escalation plan the province can fit in 229 ICU beds in total. O’Leary says that should be more than enough to make it through this wave, but it may require transferring patients out of Halifax — something that’s already happened.

“I think we’re going to continue seeing increased numbers coming into critical care for at least the (next week to week and a half) if the model is correct,” said O’Leary.

While the peak is expected sometime towards the end of next week, after that the number of hospitalizations will likely see a downward trend like the province is already seeing with case numbers.

While the majority of patients admitted to ICU are those over 40, O’Leary says hospitals are seeing younger patients as well.

On average, patients remain in intensive care, most often on ventilators, for about 10 days. After that, there is still a rehabilitation period at the hospital, the length of which is dependent on the person.

“It is independent to the patient and their fitness levels prior to coming into ICU,” said O’Leary.

“The fitter you are, the more mobile, the less frail you are starting your ICU journey, the better outcome you will have.”

Kathi Nelson’s daughter Jillian is only just starting out her ICU journey, but Nelson says doctors are so far optimistic.

“I did get a report that she had a good night and that her vitals are steady,” said Nelson.

“They’ve got her on a ventilator proned onto her stomach to try and help the lungs heal better.”

Nelson says during her stay in hospital she’s received amazing care from all hospital staff and knows that her daughter is in excellent hands, but she says the hardest part of everything is not being able to be there for her daughter.

“They FaceTimed me before they put her under and that was the last I’ve seen,” said Nelson.

“It’s a horrible feeling when you can’t do anything. I can’t be with her, I can’t sit with her. I know I can’t do anything for her but at least I could be there, so as a mother that’s an awful feeling.”

As Nelson now waits for her daughter to recover, she has a message for others.

“People need to take it seriously,” she said.

“I wouldn’t want to wish this on my worst enemy.”

Even startups on tight budgets can maximize their marketing impact
Money Heist season 5 cast: Who is in season 5?