WORLD CUP fans and even the BBC were left totally baffled as Morocco’s goalkeeper appeared to be substituted before kick-off – despite lining up for the national anthem.

Morocco named Yassine Bounou in the starting XI to face Belgium this afternoon. 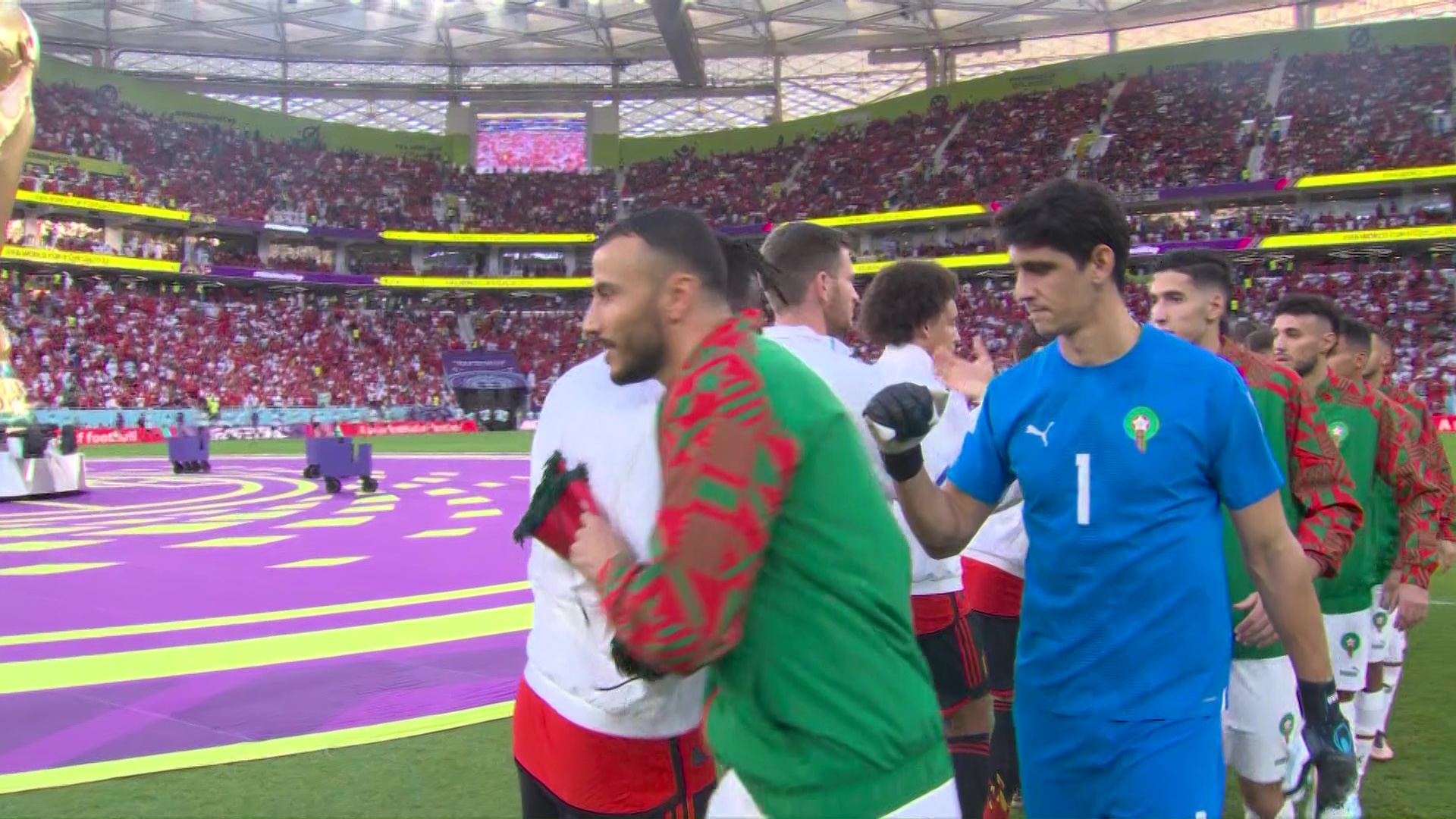 The No1 walked out of the tunnel with his team-mates and lined up as the North African national belted out their song.

He is then filmed shaking hands with the Belgium players as usual.

But then Munir Mohand Mohamedi El Kajoui is pictured in the official pre-match team photo.

There was a short delay as the Morocco team lined up as Belgium captain Eden Hazard waited for the coin toss.

And the replacement, who is wearing No12 at the World Cup, took his place between the sticks in time for kick-off – with no sign of Bounou.

Even the BBC commentators, though, referred to the usual first-choice stopper when it was actually Munir who made a save in the first half.

And it did not take long for fans to spot the discrepancy, with ‘Bono’ trending on social media.

There is a suggestion Bounou was not feeling well which explains the confusion and last-minute switch.

THIS IS A DEVELOPING STORY…The Sun is your go to destination for the best football, boxing and MMA news, real-life stories, jaw-dropping pictures and must-see video.Like us on Facebook at https://www.facebook.com/TheSunFootball and follow us from our main Twitter account at @TheSunFootball.