JAPANESE fans continued their custom of cleaning up stadiums – even after the most incredible victory in their World Cup history.

They downed four-time world champions Germany after a late comeback in their opening game in Qatar.

Manchester City star Ilkay Gundogan had fired Germany ahead from the penalty spot midway through the first half.

That looked to have set Germany on their way to a routine victory as they dominated for large spells.

But Japan sent the Khalifa International Stadium into disbelief with a frantic turnaround in the final quarter of an hour.

Then fellow sub Takuma Asano beat the offside trap and ran through towards goal before thumping in from a tight angle to seal the 2-1 win.

Both the squad, staff and supporters appeared to be in disbelief at the final whistle as they erupted in euphoria.

But after the celebrations had ended, those in the stands soon went into clean-up mode.

Supporters decked out in Japan jerseys were spotted going up and down the stands with see-through blue bin bags collecting rubbish.

It comes after several Japanese fans did the same thing after attending the World Cup opening game between Qatar and Ecuador.

And at the end of the game they went around the Al Bayt Stadium picking up rubbish and collecting Qatar flags left behind by fans.

One Qatari fan was so shocked he began filming the group of Japanese supporters before joining in to help.

He asked why they chose to clean up before hugging one supporter and telling the group how much he respected him.

A fan explained their actions saying: “We never leave, Japanese never leave rubbish behind us. We respect the place.”

Japanese fans have a reputation to uphold after cleaning up after themselves at the Russia World Cup in 2018.

Win, lose or draw they always tidy up and take bin bags to games – including at the 2014 World Cup. 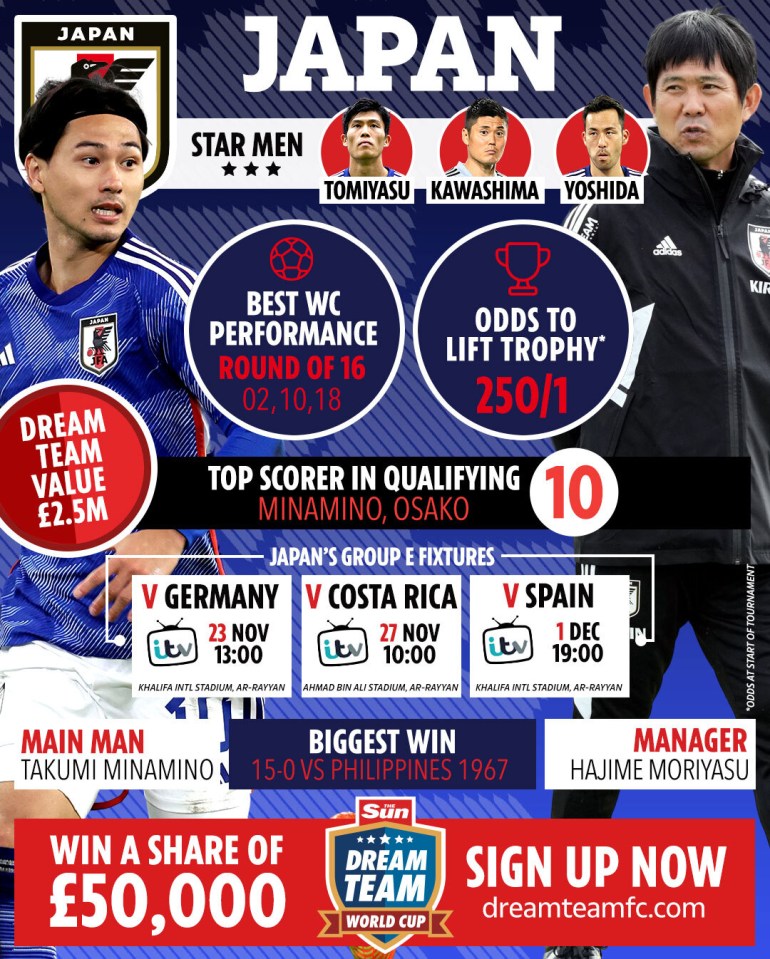