ILKAY GUNDOGAN has accused Germany’s flops of “not wanting the ball” in their shock World Cup defeat to Japan.

The four-time world champions were downed by Japan after a late comeback in their opening game in Qatar.

Manchester City star Gundogan had fired them ahead from the penalty spot midway through the first half.

That looked to have set Germany on their way to a routine victory as they dominated for large spells.

But Japan sent the Khalifa International Stadium into disbelief with a frantic turnaround in the final quarter of an hour.

Then fellow sub Takuma Asano beat the offside trap after Sule was caught napping and ran through towards goal before thumping in from a tight angle to seal the 2-1 win.

Gundogan blasted afterwards: “We made it too easy for Japan. The second goal in particular, that shouldn’t happen, we’re at the World Cup.

“Manu [Manuel Neuer] saved us a few times. We had incredible chances to score but didn’t make it 2-0. That must not happen to us.

“We also didn’t build up the play well from the back. The conviction to hold the ball from the back and offer yourself was missing – so we played long balls.

“You almost got the feeling that not everyone wanted the ball. We simply lost the ball way too often”

German boss Flick was equally unhappy about the matchwinner, blasting: “Niklas simply has to pay attention.

“He played him onside because he dropped two or three steps too far.

“These are individual mistakes that we had to pay for today.”

Germany, who exited the 2018 tournament at the group stage, now know that defeat to Spain on Sunday could see them eliminated. 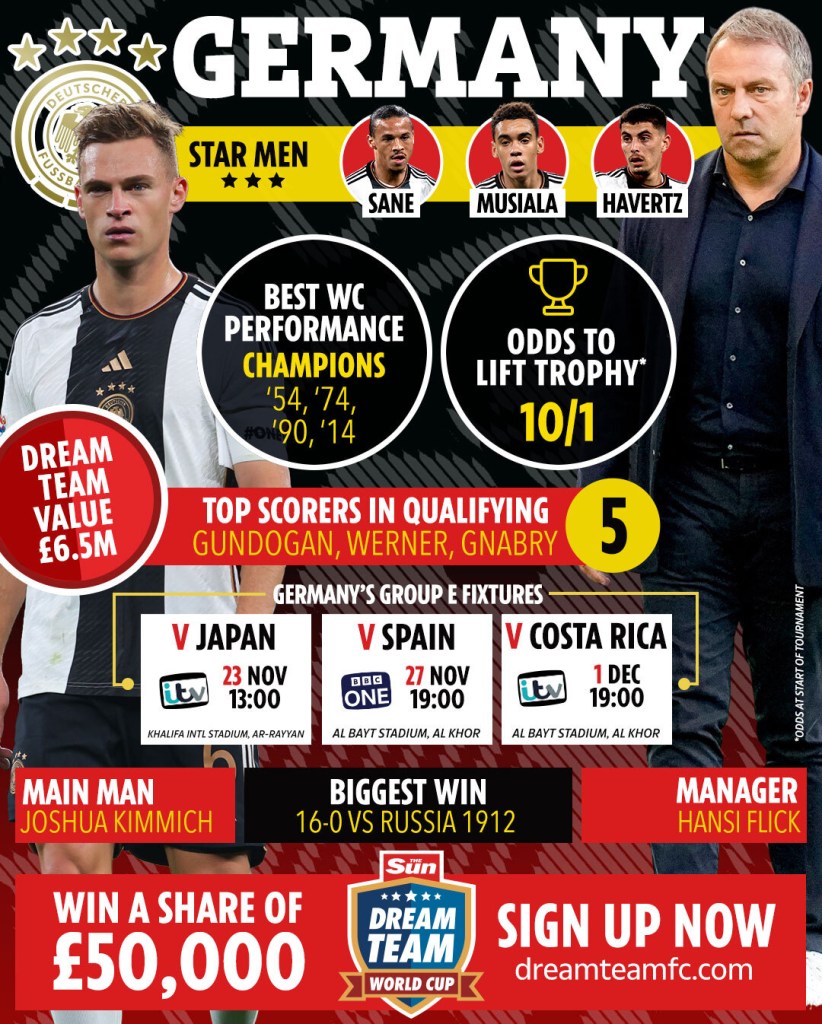 Three ways England could line up against USA in second World Cup clash… and what happens if Harry Kane is out?
Watch Portugal REFUSE to let Bruno Fernandes answer Cristiano Ronaldo questions in English and turn off Fifa translator