CONOR MCGREGOR is “excited” at the prospect of returning to the octagon next year.

The MMA superstar hasn’t set foot inside the cage in over 16 months due to the horrific broken leg he suffered in his trilogy fight with rival Dustin Poirier. 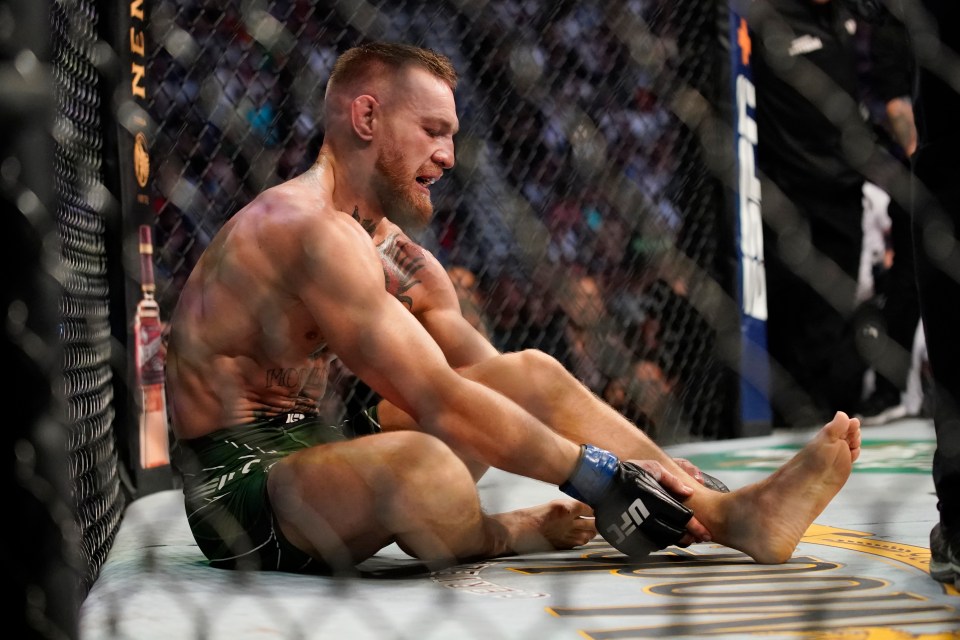 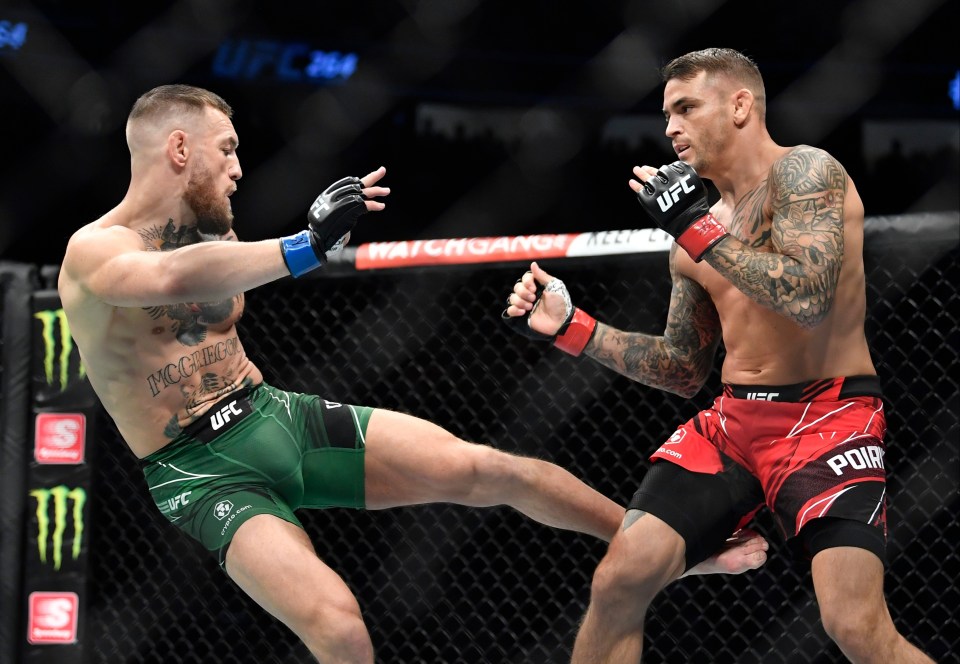 McGregor, 34, is in the final stages of recovering from the debilitating injury and is looking forward to getting back to his first love.

Along with a picture of him landing a left hand on Poirier in their rubber match, he tweeted: “Final shot before bracing on the break.

“All me. Excited to return and prove my support correct! Marathon not a sprint.”

And the UFC’s poster boy is hoping to get back inside the cage before the first quarter of 2023 comes to an end.

During an impromptu Twitter Q&A, he said: “I’m going to be back soon, hopefully.

“Early 2023 I’m aiming for. Sometime in that first quarter.

“That will give me a good couple of months [to prepare].


JOIN SUN VEGAS: GET A FREE £10 BONUS WITH 100s OF GAMES TO PLAY AND NO DEPOSIT REQUIRED (Ts&Cs apply)

“Once I wrap this up in a couple of days, get the camp going [for] a good couple of months. And get going.”

McGregor, however, will have to trim down some of his hulking new frame if he wants to make another run at the lightweight title.

The Irishman has hit the gym hard during his hiatus and packed on several pounds of muscle.

When recently asked how much he weighs, he told ex-UFC middleweight title challenger Yoel Romero: “I don’t know, mate. But big! Big anyway.

UFC president Dana White has been keeping a close eye on McGregor’s training footage – which the Dubliner has been sharing on social media.

And the MMA mogul fully expects to see The Notorious back in the cage next year.

“He’s been posting videos of himself training and he’s just done filming a movie.

“He definitely wants to come back next year.”