Qatar vs Ecuador – World Cup Group A: Teams news, how they got there and prediction for tournament opener

THE World Cup is finally here – and as tradition goes it’s the hosts Qatar who will kick off this year’s unique tournament.

Elite leagues around the world have paused to allow the best players to head out to the Middle East to do battle for the most prestigious trophy of the lot. 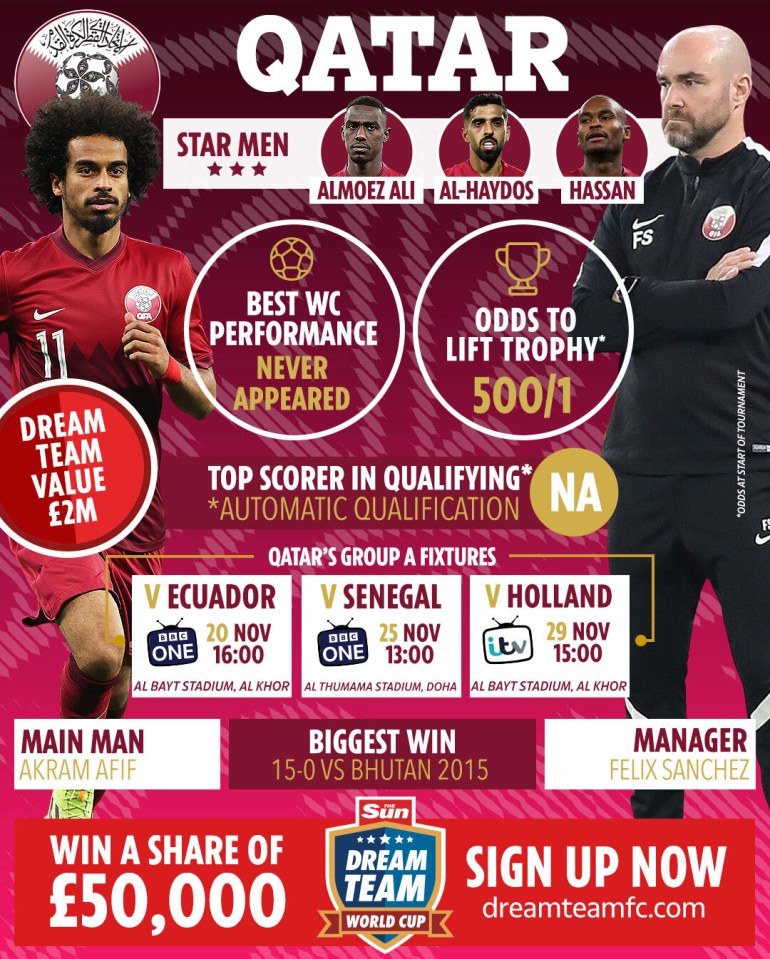 Organisers have begged footy fans to put human rights concerns, LGBTQ+ concerns and corruption questioning to the background and focus on action on the pitch.

But that is clearly easier said than done.

Hosts Qatar will host Ecuador in the 2022 World Cup opener in front of 60,000 fans at the Al Bayt Stadium.

Here, SunSport previews the clash that will undoubtedly have the eyes of the world on it.

Qatar: Qualified for the tournament automatically as hosts.

Ecuador: The South Americans only managed a fourth-place finish in Conmebol – but that was enough to bag automatic qualification ahead of Peru.

But it didn’t come without controversy – Peru and Chile alleged that Byron Castillo was Colombian and gave a false age.

Authorities did fine Ecuador for ‘false documents’ but accepted the country’s laws regarding eligibility. 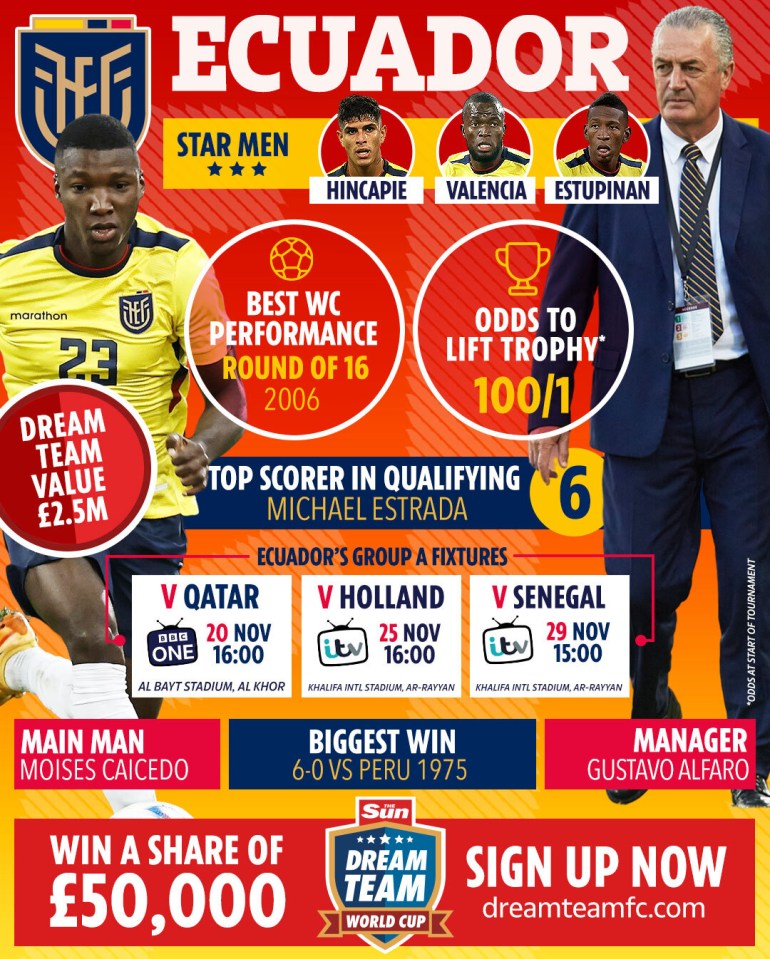 Qatar: They’ve had four friendlies heading into the World Cup – and won all four.

Though Albania, Panama, Honduras and Guatemala won’t replicate the kind of challenges they could face if they make it out of the group.

Ecuador: Pretty worryingly going into the tournament, Ecuador have failed to score in their three warm-up games.

Scoreless draws against Saudi Arabia, Japan and Iraq will leave fans worried for even getting out of Group A.

Qatar: Felix Sanchez is the man tasked with making the host nation proud this winter.

The 46-year-old began his education managing in the Barcelona youth teams between 1996-2006.

But he has come up through the Qatar age-group teams too, going fro U19s to U23s and now the full team. It’s fair to say there will be a fair bit of pressure on him.

Ecuador: Onto their sixth coach on six years, Gustavo Alfaro is the next in line with the seemingly poisoned chalice.

The 60-year-old has over 30 years of management experience, with most coming in South America and Saudi Arabia.

Despite not having great recent form, Alfaro has guided Ecuador from 64th in the Fifa rankings to 44th – a small win.

Qatar: AKRAM AFIF is the man charged with providing some home cheer for the Qataris.

Like most of his team-mates, Afif, who has scored 26 goals in 89 international appearances, plays his football in Qatar, for Al Sadd.

The 25-year-old won the Asian Footballer of the Year award in 2019 and has been tipped to make a big impact with a bigger club.

But he failed to make an impact with a big move to Villarreal in 2016, and is now back delighting fans in his homeland.

Ecuador: MOISES CAICEDO could be poised to add even more millions onto his price tag this winter.

The Brighton midfielder has impressed this season in the Premier League, with a host of clubs believed to be monitoring his progression.

A good showing out in Qatar could make it impossible for Seagulls boss Robert de Zerbi to keep hold of the talent in January.

What TV channel will show the game?

BBC One will broadcast the opener with a 4pm kick-off on Sunday.

There will also be a live stream on BBC iPlayer.

A real venture into the unknown for this opening game of the 2022 World Cup.

Qatar will undoubtedly be in great spirits with the home crowd roaring them on. And with Ecuador in poor scoring form, we are predicting an early shock.