CRISTIANO RONALDO can take another giant step towards World Cup glory when his Portugal side take on Switzerland in the last 16.

There is one major trophy missing from the unemployed superstar forward’s incredible trophy cabinet. 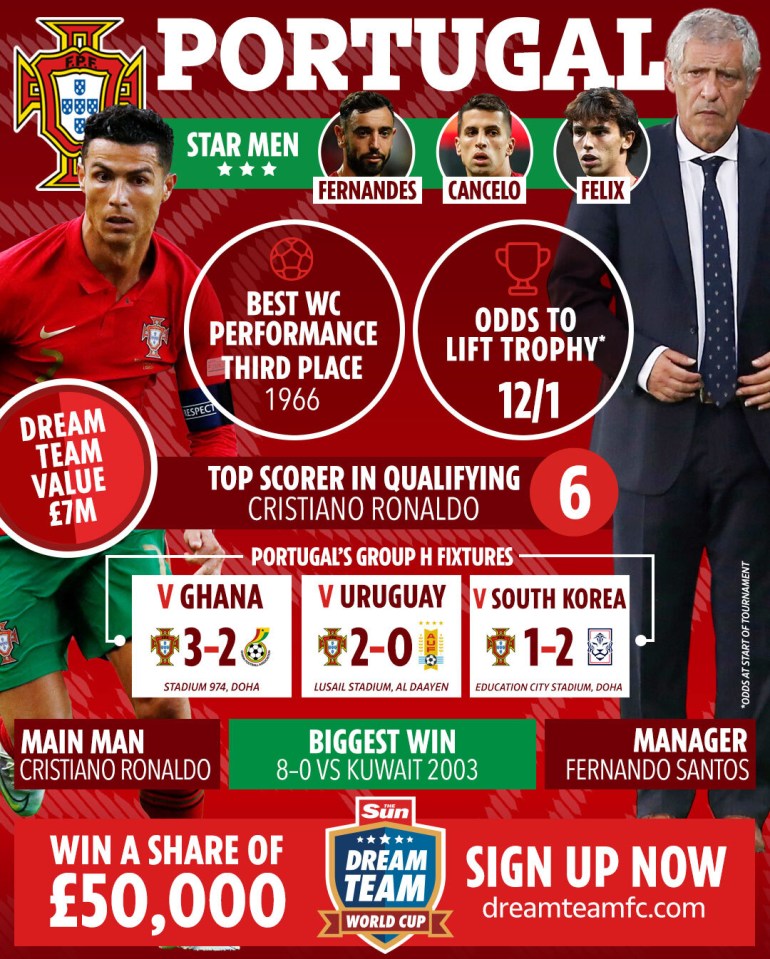 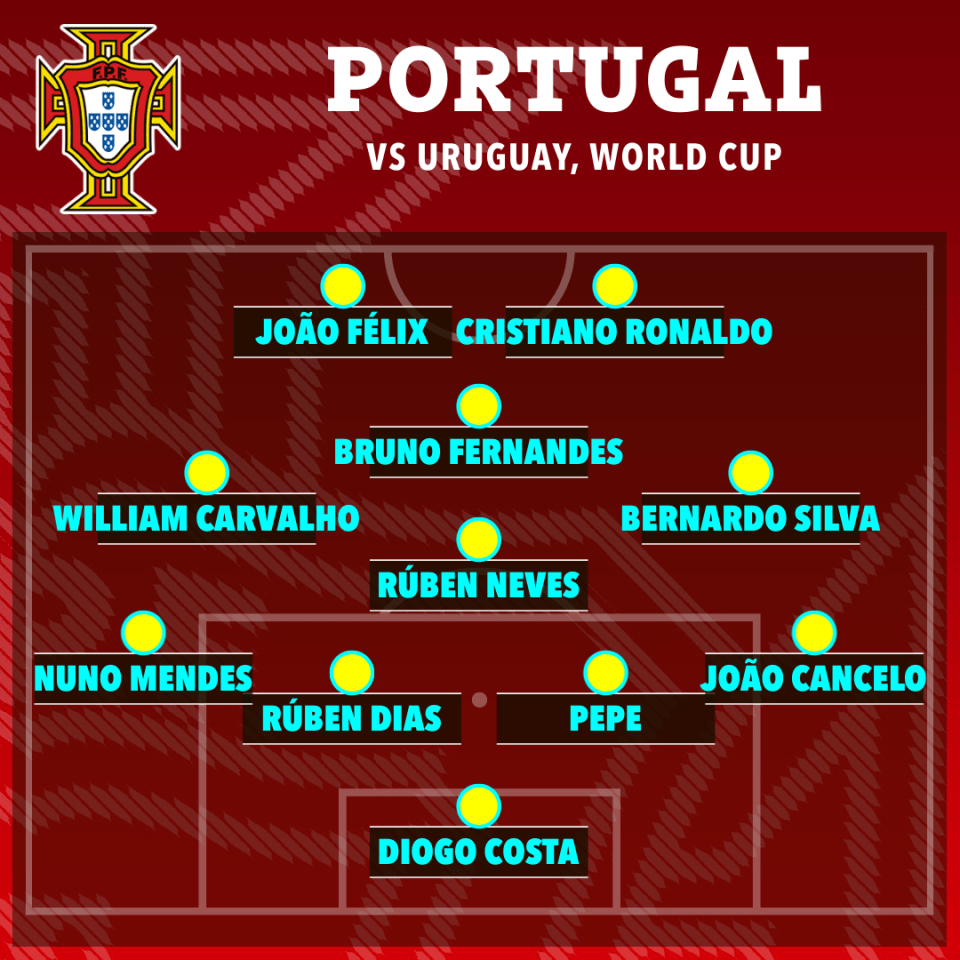 Ronaldo helped his country win the Euros in 2016 but a World Cup triumph – especially at the expense of Lionel Messi – would go a long way in the GOAT battle for many.

However, a showdown with Argentina can only happen in the final – with plenty of football to be played before December 18.

And it starts with a tricky test against the Swiss, who have ambitions of causing a shock.

Portugal made plenty of changes as they fielded a weakened team against South Korea, with their passage into the last 16 already sealed – so the team to play Switzerland will likely be more similar to the one that faced Uruguay.

BETTING SPECIAL – GET £40 IN FREE BETS ON THE WORLD CUP

How did they get here?

Portugal won a dramatic opener against Ghana 3-2 – with the controversial penalty and narrowly avoiding an embarrassing equaliser deep into injury time.

They had more favour from the referees as they saw off Uruguay 2-0 with Bruno Fernandes scoring both, despite the protests of Ronaldo.

That gave Fernando Santos the chance to give some of the squad game time but after a strong start, South Korea battled back and scored an injury-time winner to advance as runners-up.

For Switzerland, they secured a tight 1-0 win over Cameroon first up then lost by the same scoreline to favourites Brazil.

But a goal-fest to beat Serbia 3-2 ensured they completed the last-16 line-up.

What is the team news and any injuries to worry about?

Bruno Fernandes, Joao Felix, Bernardo Silva and Ruben Dias are among the Portuguese stars to save their legs against South Korea and will all surely come back into the starting XI.

For Switzerland, Yann Sommer and Nico Elvedi look ready to return after missing the Serbia win through illness.

Neither side have any injury concerns. 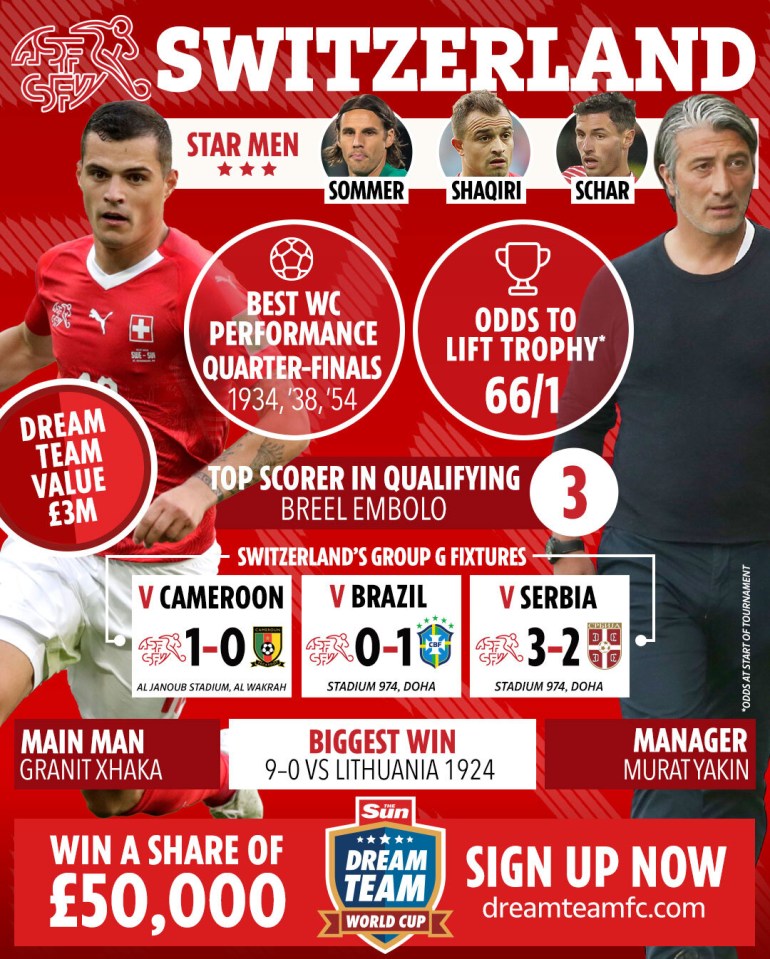 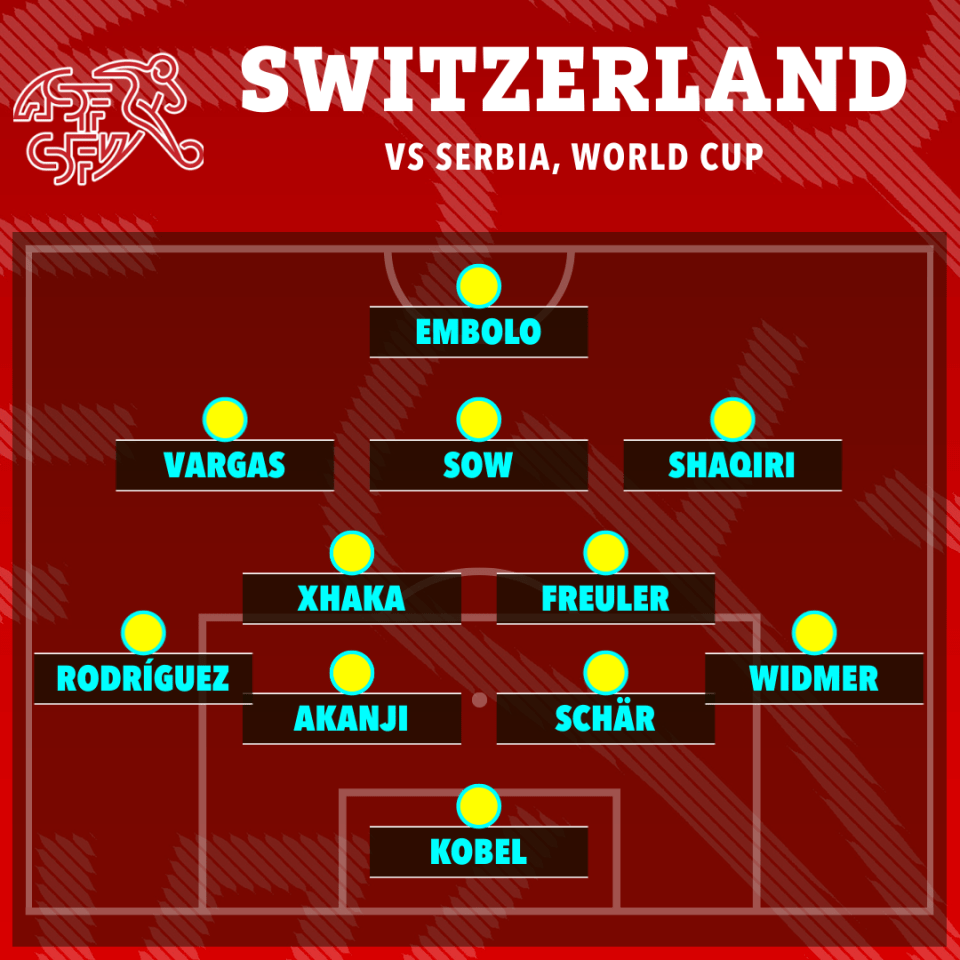 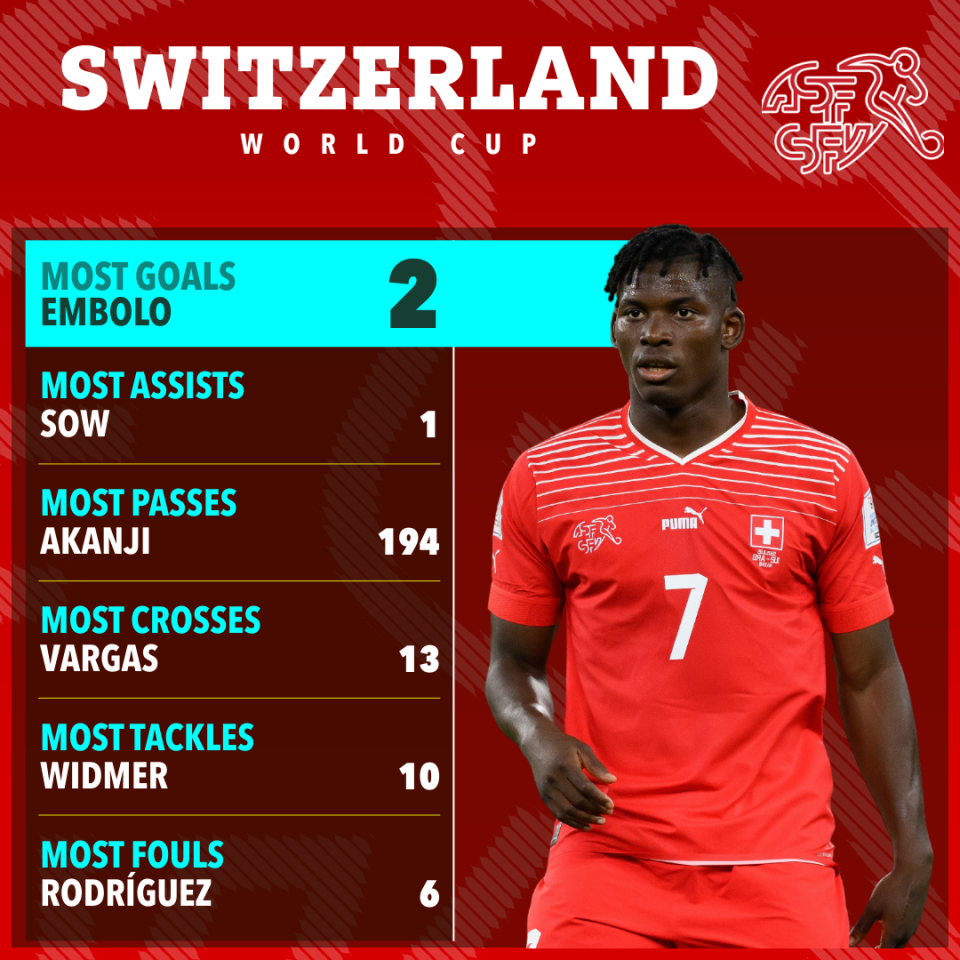 Who will be the star men?

Of course, Ronaldo will grab many of the headlines – just as he did when he didn’t even get his head to Fernandes’ cross against Uruguay.

Joao Cancelo has transferred his club form to his country while Fernandes has outshone the likes of Ruben Neves, Silva and Felix – as well as you know who.

For Switzerland, Breel Embolo has scored two of their goals in Qatar and is the obvious threat up front.

Dias and Cancelo’s fellow Manchester City defender Manuel Akanji have performed well at the back.

These two European sides have met 25 times in total, the first coming way back in 1938 World Cup qualifying.

This is their third clash of 2022 already after facing off the same Nations League group.

Overall, there have been 11 Swiss wins, nine Portuguese wins and five draws.

Their most recent meeting came in June when Switzerland won 1-0, just a week after Portugal won the reverse clash 4-0 in Lisbon.

When is Portugal vs Switzerland?

Can I watch for FREE?