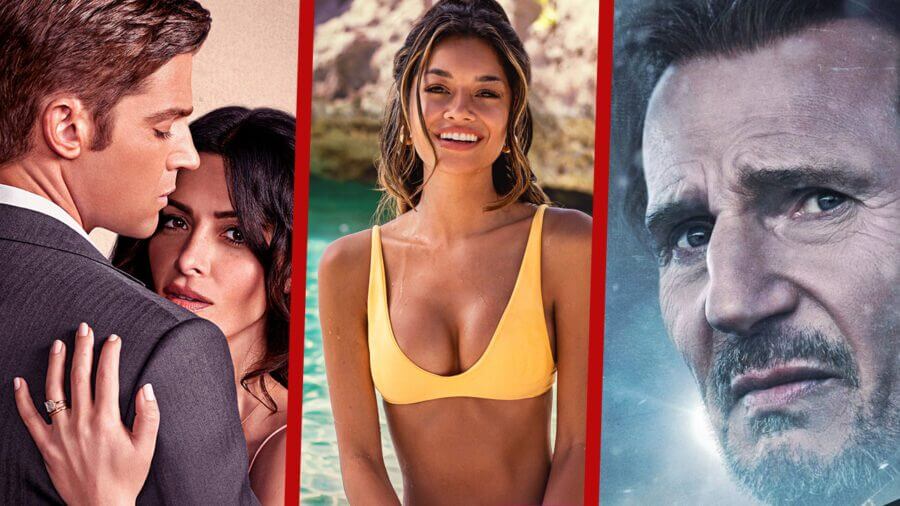 It’s time to look at the week ahead of what’s coming up on Netflix over the next 7 days. It’s a quieter week as we’re expecting this week to be particularly news-heavy but here’s a rundown of what we’re currently expecting to come to Netflix between June 21st and June 28th, 2021.

As we mentioned, we’re expecting this week to be much more news orientated for Netflix with the full July 2021 releases list for example.

Anyway, here’s a look at our top 3 titles heading to Netflix this week.

Too Hot to Handle (Season 2)

You’re either in the love it or hate it camp for this reality show which returns this week with the first four episodes on Wednesday and a further six currently scheduled for June 30th, 2021.

The new season takes place in the Turks and Caicos Islands with it being filmed throughout the pandemic.

The premise of the dating reality show is that there’s only one rule on the island. No sexual contact.

Netflix US is expected to be the only region getting The Ice Road on Friday.

Makings its SVOD debut on Netflix this week is the new Guy Pearce horror about an exorcist teaming up with a new priest for his first day of training.

Reviews thus far have been fairly poor but it’ll be interesting to see how the reviews fare after a wider audience is exposed to this on Thursday.

Created by Stacy Rukeyser is a brand new romance drama series that could go either way in our book.

Here’s what you can expect from the new series:

“A suburban mother of two takes a fantasy-charged trip down memory lane that sets her very married present on a collision course with her wild-child past.”

As always, you can see the daily new additions to Netflix via our what’s new on Netflix area.

Coming to Netflix on June 22nd

Coming to Netflix on June 23rd

Coming to Netflix on June 24th

Coming to Netflix on June 25th

Coming to Netflix on June 26th

What are you looking forward to catching on Netflix this week? Let us know below in the comments section.