Four out of five members of the Afzaal family in London, Ont., lost their lives on Sunday after being struck by a vehicle in what authorities are now calling a “targeted” attack based on the victims’ Muslim faith.

Imam Zubair Sidyot with the Lethbridge Muslim Association said the news is very emotional for the broader Muslim community around the world.

“Any time an incident like this happens, it has a ripple effect,” he said. “It affects everyone — not even (just) nationally but internationally.

“Our wounds are still fresh from the last Christchurch attack that happened, and 50-some people were killed in that.” 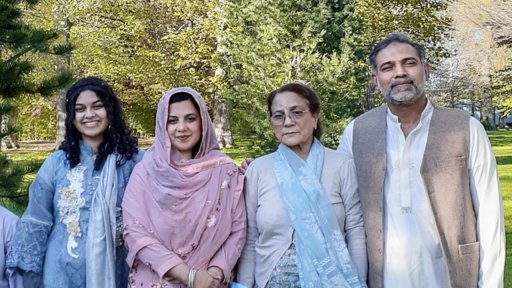 Sidyot’s message to the non-Muslim community is to avoid giving into misconceptions about Islam. He hopes Canadians can remain united.

“Try and meet them, try and learn about them from the source,” he said. “Try and go to your local mosque, try and meet your local Muslim community, and try and interact with them.

“I have people from multiple different faiths that come to my Friday congregation.”

I spoke on the phone this evening with @LdnOntMayor and @NTahir2015 about the hateful and heinous attack that took place in London, Ontario yesterday. I let them know we’ll continue to use every tool we have to combat Islamophobia – and we’ll be here for those who are grieving.

Sidyot added he has been seeing a lot of fear following Sunday’s incident and hopes the community can band together.

“I feel like this is one of the motives of doing something like that is to cause fear and to cause mayhem.”

LMA is available to support anyone who may need assistance during this time.

The organization is currently planning to host a vigil in the near future, with details to be released as they become available.