“While The Headies have chosen to ignore me for years, I’ll never give up or quit” – Masterkraft

The Headies winners were announced on Sunday, and popular Nigerian producer Masterkraft, in a series of tweets, said he was disappointed that his contribution to the Nigerian music industry is not being celebrated.

Masterkraft said that The Headies haven’t given him the credit he deserves, even though he has worked with Burna Boy, Wizkid, Davido, and Olamide, making hit songs for them. He did, however, congratulate his colleague Sarz, who won the Producer of the Year award on Sunday for his work on Lojay‘s single “Monalisa.”

And while I can … I have been a blessing to this Naija music industry for years and will forever be a legend to anybody who chooses to be excellent , exceptional and special in the music space of this continent …. And while the @The_Headies have chose to ignore me for years …

I will never give up or quit !!! I’m gonna forever leave this world a legend and a blessing to many … !!! Every single year I come thru and I carry @2niteFlavour @phynofino,, @wizkidayo, @davido, @burnaboy, @Olamide and as many as I have been blessed to work with On my back … and I’m still not recognized for whatever reasons best known to the headies is crazy shaaa !!!! Congrats to my Hommie @beatsbysarz for winning producer of the year after 1billion years of being a co Genius as myself !!!!!! We move !!!!! It’s all love !!!! I’m gonna be here for a long time y’all and expect the best !!!! ! I was gonna say f**k u headies but again lemme keep it cool !!!! God is the greatest !!!! Thanks @BankyW, @kennyogungbe.

See the tweets below: 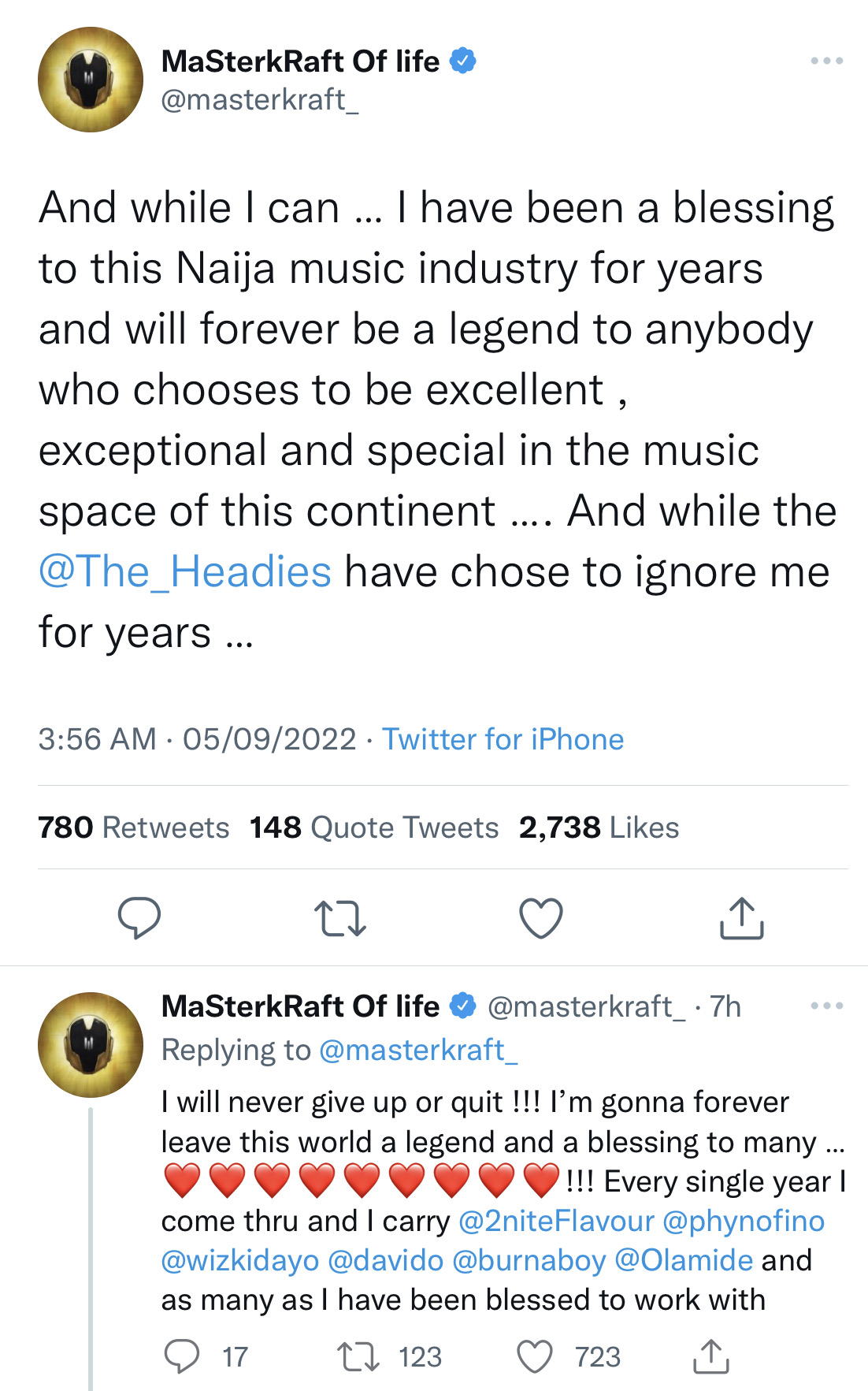 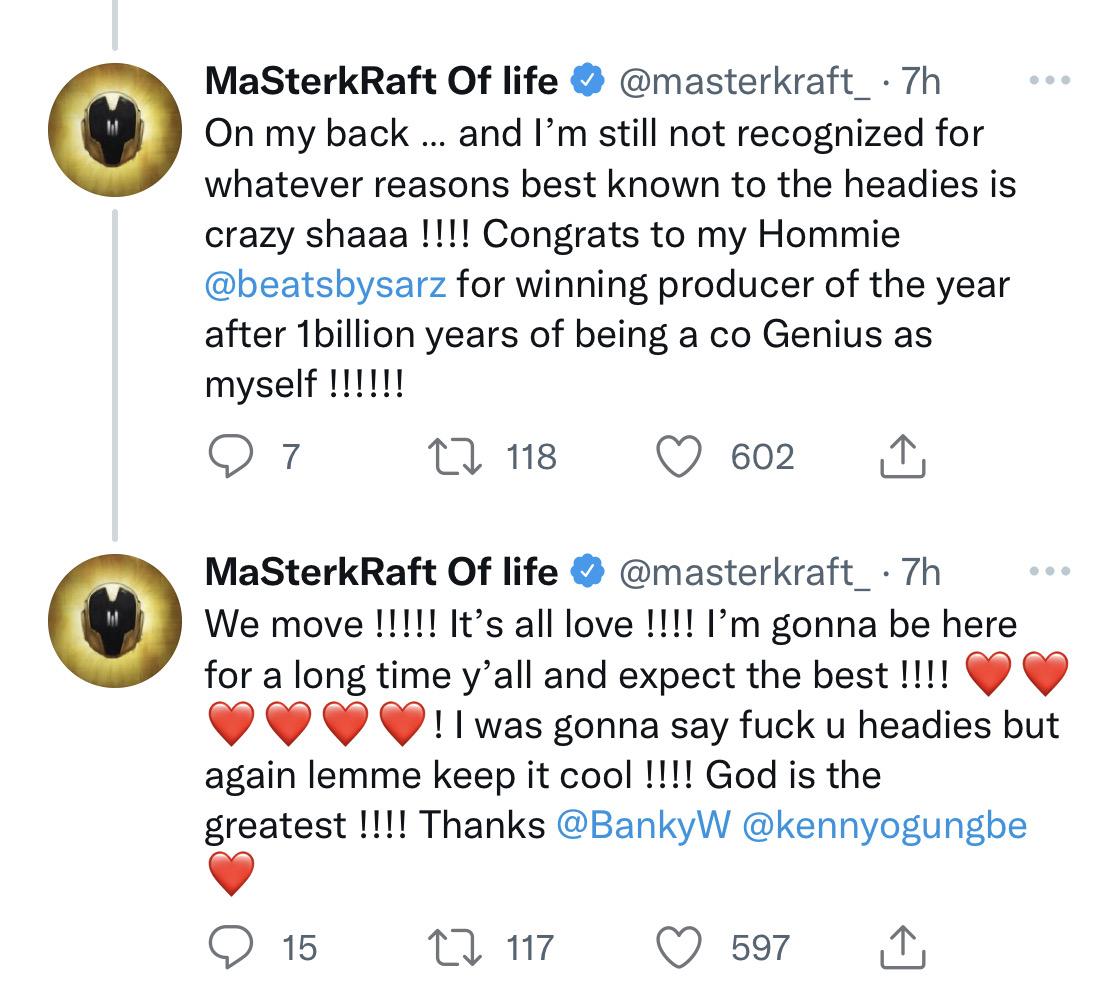