When will ‘Heartland’ Season 14 be on Netflix? 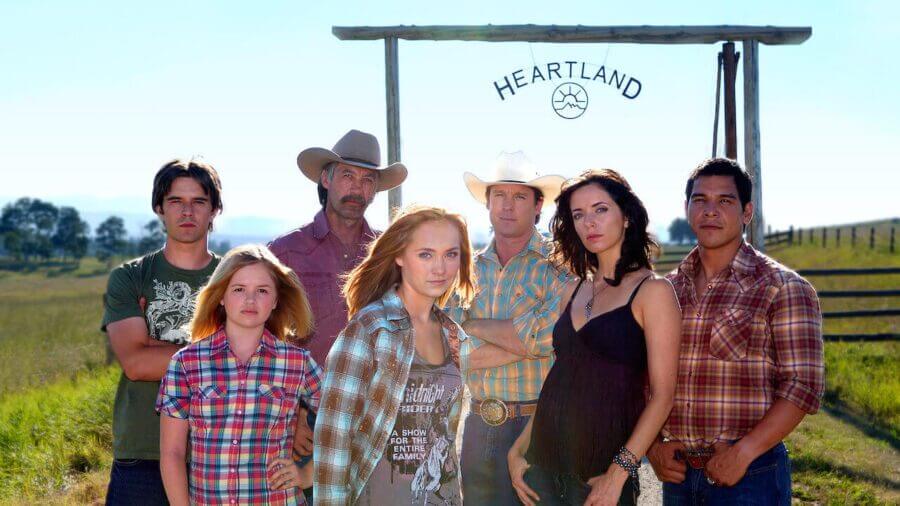 After an excruciatingly long wait, most of the world can now watch seasons one through to 13 of Heartland on Netflix, with season 14 currently airing in Canada. When will season 14 of Heartland hit Netflix around the world? Let’s take a look.

We’re sure that if you’re on this page you’re already a superfan of the series, but if you’re not familiar, here’s a quick catch-up. The feel-good drama series is based on the books by Lauren Brooke. It follows a family ranch in Alberta and the trials and tribulations that go with running a ranch.

Fans of shows like Virgin River or Sweet Magnolias will want to check this series out.

The fourteenth season was renewed back in May 2020 but didn’t begin airing in Canada on CBC and CBC Gem until January 10th, 2021, with 10 episodes due to release. That should take the series up to around April 2021.

When will season 14 of Heartland be on Netflix in the United States?

Up until January 2021, Netflix US was constantly two seasons behind, but that changed with both seasons dropping on February 1st, 2021.

Traditionally, we used to get new seasons of Heartland in the US every summer, but that stopped in 2019 and 2020, likely because of how close those two seasons were released.

The newest seasons have been picked up exclusive we’ve learned by UPTV who is going to be airing episodes weekly as well as hosting it on their streaming service. We’re told this exclusive distribution arrangement lasts until at least March 2022.

All that is to say that unfortunetely, we’re not expecting the new season to hit the United States until at least March 2022 but history suggests we could be waiting longer.

When will other regions of Netflix get season 14 of Heartland?

The good news for those outside the US is that you’re likely to get the new season added a lot sooner, although predicting when that will be is hard.

If the new season drops as soon as it did for season 12 outside the United States, you could be seeing it available as soon as April 2021. After all, the new season arrived on Netflix in locations such as the UK just a day after the season finale.

Season 13 arrived much later (around four months after the finishing of S13), so it could be much later in 2021, but we’ll keep you up-to-date as and when we learn when it’s due to drop.

So, in conclusion, right now it’s a little too early to predict when season 14 of Heartland will hit Netflix because of the inconsistent release schedule in the past but be sure to keep this page bookmarked as and when we learn more.

Let us know in the comments if you’re excited to watch season 14 on Heartland on Netflix!

‘Money Heist’ Season 5: Netflix Release Date & What to Expect
When is Money Heist season 5 coming out?