Slice is launching a point-of-sale system for pizzerias

Slice, the online ordering platform for independent pizzerias, announced two new offerings this morning — a point-of-sale system designed specifically for those businesses, as well as a rewards program for diners.

The launch of the new Slice Register builds on last year’s acquisition of point-of-sale company Instore, and the appointment of its CEO Matt Niehaus as Slice’s senior vice president for payments.

Pizzerias might seem to be a narrow focus for a point-of-sale system, particularly given all the other POS products out there, but Niehaus suggested that many of the 15,000 pizzerias in Slice’s network are still relying on cash registers and pen-and-paper: “If you run a pizzeria, you are certainly great at making pizza, but you are typically less comfortable with the accounting side.”

He also said that existing POS systems aren’t really designed for the needs and workflows of a pizzeria. Slice founder and CEO Ilir Sela added that most of them were designed for offline ordering first, with online support added later. And Niehaus suggested that the average local pizzeria is only seeing 19% of their orders coming from online sources (compared to 75% for the average Domino’s location), that’s a real problem.

“Domino’s is really the competition, not the POS companies,” he said. 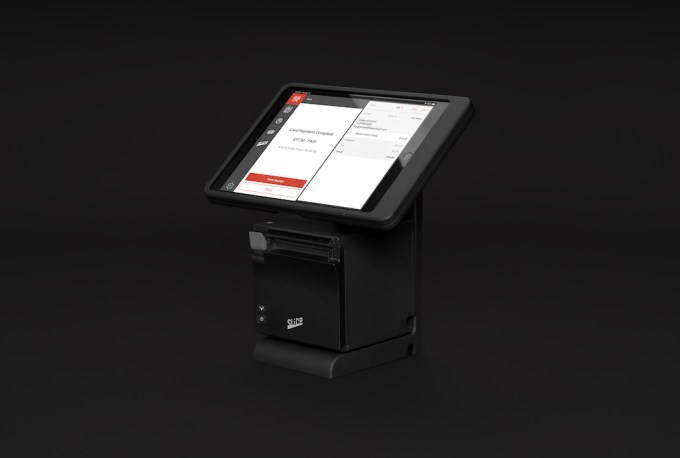 So the Slice Register is a combined software and hardware (including an iPad) solution. Naturally, it integrates with Slice’s online ordering and also includes support for email and mobile marketing, as well as a consolidated view of each customer. Niehaus said that among other things, it’s designed to “grab those customers on one platform and nudge them online.”

Slice Register is available to pizzerias at no initial charge for the hardware or software. The only fee in 2021 will be for payment processing, with additional pricing announced coming next year.

As for the new Slice Rewards program, diners who order pizzas through Slice will get a free large cheese pizza for every eight orders of $15 or more. (Slice, not the restaurant, is paying for the free pizza.) Sela described this as a “very Domino’s-like program,” except that it works across independent pizzerias.

“What we’re learning the local consumer has up to four local favorites, and they love all of these locations equally,” he said. “What we think is really cool is, you’re going to get rewarded for buying at all four of your local favorites.”

Living Security raises $14M for predictive human risk management
NBA Top Shot maker Dapper Labs is now worth $2.6 billion thanks to half of Hollywood, the NBA, and Michael Jordan