Correct me if I’m wrong, but I’m pretty certain 2019 was the most ‘woke’ year on record.

In no particular order, we endured the increasingly shrill demands of Greta Thunberg, the Duchess of Sussex putting ‘changemakers’ on the cover of Vogue, Jo ‘identify as whatever you want’ Swinson, Extinction Rebellion, the Marks & Spencer LGBT sandwich, Prince Harry announcing he’ll have only two children to save the planet — and countless other examples of gratingly right-on virtue-signalling.

On and on it went, a great damp fog of wokeness threatening to engulf us all in its claggy embrace.

At times, it seemed as though every last atom of joy had been sucked out of the atmosphere, as though all notions of fun, mischief, irony or sarcasm were destined to become distant memories, surviving only on dusty bookshelves and re-runs of Little Britain. 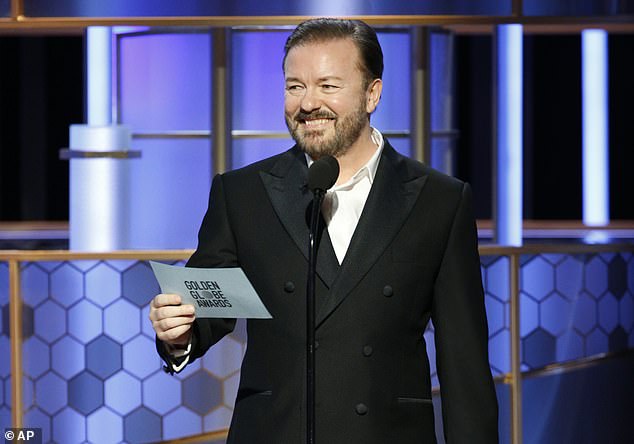 The speech Ricky Gervais delivered to the audience at the Golden Globes was brash, brutal, highly offensive in parts — and bang on the money

And then, out of nowhere, like a knight in shining armour, comes Ricky Gervais. A more unlikely saviour of humanity one could barely imagine: pallid, middle-aged Ricky, with his bad teeth and nervous grin. Nevertheless, there he stands: saviour of comedy, restorer of sanity, banisher of baloney and, as of Sunday night, Hollywood’s undisputed Wokefinder General.

The speech he delivered to the audience at the Golden Globes was brash, brutal, highly offensive in parts — and bang on the money. It tanked with the celebrities in the room. But to those outside the bubble, ordinary people sick and tired of being lectured to endlessly by limousine liberals and sulky schoolgirls, it was a real barnstormer.

There was something almost Churchillian about the passion with which Gervais delivered his diatribe. This was not just a good-natured ribbing. There was a sharp edge of viciousness, a fine line between comedy and cruelty that few save Gervais know how to tread.

Even for a man as seemingly immune to the mood of an audience as he, it must have taken every ounce of his brazen courage to press on through the gasps and jaw-dropping disapproval.

‘Let’s have a laugh at your expense. Remember, they’re just jokes. We’re all gonna die soon and there’s no sequel, remember that,’ he began. 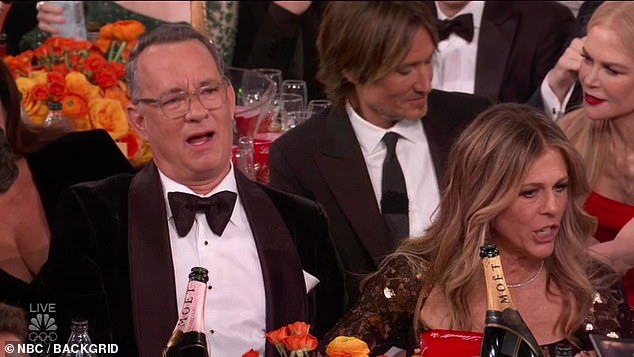 The speech tanked with the celebrities in the room (pictured). But to those outside the bubble, ordinary people sick and tired of being lectured to endlessly by limousine liberals and sulky schoolgirls, it was a real barnstormer

He insulted everyone with equal impunity: Joe Pesci (‘baby Yoda’), the industry (‘an actor’s job isn’t acting any more — it’s going to the gym twice a day and taking steroids’), his colleagues (‘the world got to see James Corden as a fat pussy. He was also in the movie Cats’).

He finished with an impassioned plea: ‘If you do win an award tonight, don’t use it as a platform to make a political speech . . . You know nothing about the real world. Most of you spent less time in school than Greta Thunberg.’

Hollywood rallied in condemnation. Others speculated that it had all been pre-agreed, and Gervais was simply playing a part. Who knows? Who cares! It was magnificent, every line a rapier-sharp jab in the ribs of the self-satisfied, self-selecting, self-congratulatory group in his sights.

It was also, for me, something of a message of hope for the coming year; a sign, if you like, that we might yet see the beginning of the end of the manufactured hysteria that has held our culture in its grip for much of the past decade, narrowing the parameters of human experience in the name of inclusivity while at the same time shutting out all who show even a scintilla of dissent.

Already the green shoots of recovery are starting to show. Like many, I watched Dracula on BBC One, as full-throated and as un-woke an interpretation as I could have imagined, and all the better for it.

But there is more work to do on this side of the pond. Note the pearl-clutching reaction on BBC radio yesterday to the fact that films starring white people earned so many Bafta nominations.

Perhaps Ricky Gervais could be persuaded to come home and get stuck in here, too. After all, Lord Hall’s tenure in charge of the BBC is almost over. And no one can say Gervais doesn’t have experience of running an office.

Here we go again: Love Island is back, with the usual selection of disinhibited young hunks and hunkettes vying for the prize of £50,000 and a chance to find romance. But at what cost to the rest of us?

Because I cannot help wondering how much shows like this one — the entire premise of which is to encourage young people to mess with each other’s emotions, not to mention the rest, without a thought for the consequences — have a part to play in the story of the British teenager who said she was attacked by 12 Israeli youths in Cyprus last year.

Since then, she has had to endure the most horrific ordeal at the hands of the Cypriot authorities. 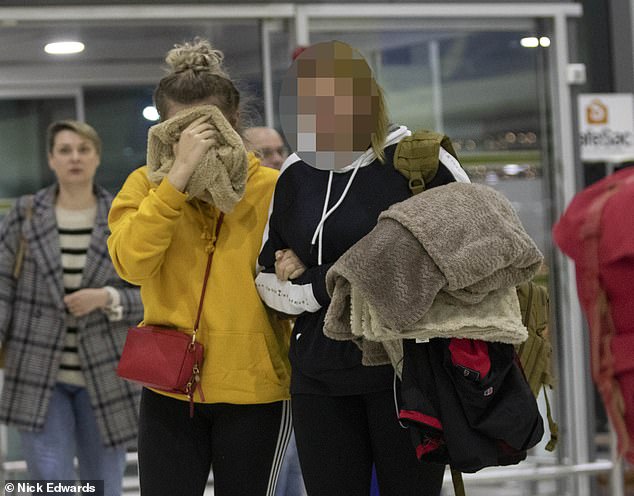 Though a judge convicted her of lying about being gang raped, it’s clear that the group — aged 16 to 19 — had no respect whatsoever for her, as evidenced by their jubilant cries of ‘the Brit is a whore’ after their release from custody last year.

I have no objection to people conducting their sex lives however they wish; but this tawdry saga proves plenty of arrogant young men see a prime-time show like Love Island and conclude — wrongly — that it gives them carte blanche to treat our girls as nothing more than objects for their perverted fantasies.

A private wedding’s a blessing, Bea

The news that neither ITV nor the BBC is planning to televise Princess Beatrice’s wedding to Italian property developer Edoardo Mapelli Mozzi comes as no surprise.

Neither broadcaster can afford — or indeed has the courage — to give Beatrice the full Princess treatment while the shadow of Prince Andrew’s past hangs over her. 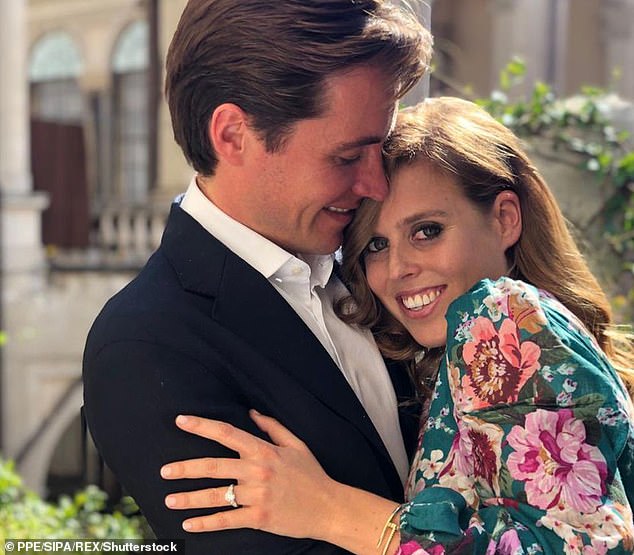 But far from being a humiliation, it is in many ways a blessing. Getting married is nerve-racking enough without the eyes of the world scrutinising your every choice.

This way, the future Mrs Mozzi can wear what she likes, serve what she likes (a slice of humble pie for Papa, perhaps) and invite who she likes (none of Daddy’s dodgier pals) without having to give a second thought to what the rest of the world thinks of her dress, her husband or her canapes. And for a royal, that must be the rarest of treats.

Puffball sleeves on the red carpet: which sartorial sadist dreamt that one up? You could barely move at the Golden Globes for the damn things.

The fashion experts tell us the puff sleeve has graduated to ‘wardrobe staple’.

Not in my house it hasn’t. Not only are they impractical (how are you supposed to wear a coat over the things?) they also make anyone over the age of 14 look like a cross between Miss Havisham (Gwyneth Paltrow), an extra from Blake’s 7 (Cate Blanchett), a Chesterfield sofa (Olivia Colman) and, in the case of Jodie Comer, the green one out of the Quality Street tin. 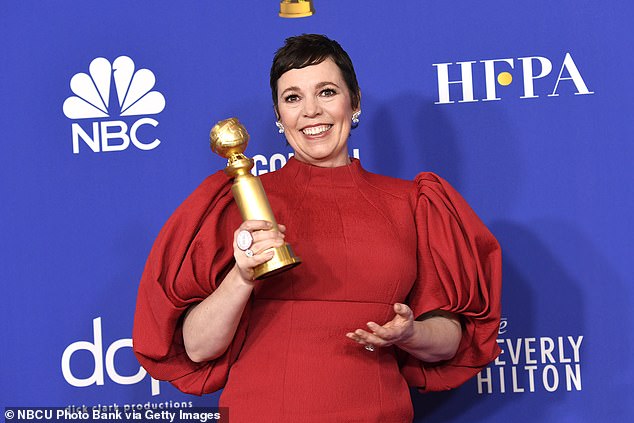 Puffball sleeves on the red carpet: which sartorial sadist dreamt that one up? You could barely move at the Golden Globes for the damn things. Pictured: Olivia Coleman

Instead of spending millions eradicating rodents from uninhabited islands in the middle of the Atlantic Ocean, or funding yoga in India, why doesn’t the Government divert some of the £15-odd billion in the foreign aid budget to helping communities devastated by the wildfires in Australia?

Surely if anyone deserves our help right now, it’s our beleaguered cousins Down Under.

Professor David Nutt makes a cogent case in extracts from his new book for midlife women to give up booze.

Apparently it makes hot flushes worse, ruins our complexions — and increases the risks of getting cancer. All compelling arguments, and ones that are familiar to most of us.

But then Professor Nutt is not, with all due respect, a midlife woman himself. If he were, he would understand that only someone very brave or very reckless would dare to come between a fiftysomething female and gin o’clock.

Stella McCartney tweets that Joker star Joaquin Phoenix is a ‘winner’ for choosing to wear the same tuxedo (designed by her, natch) for the entire awards season. Out of touch, much?

Rap star Stormzy has been hailed by many as a 21st-century Shakespeare (he even ripped off one of the Bard’s most famous lines for an album title), an urban hero telling truth to power and a champion for deprived communities.

According to Burger King’s boss, who defended the decision to sell a ‘plant-based’ burger (cooked on the same grill as meat burgers), the new product is aimed at ‘flexitarians’, aka vegans or vegetarians who occasionally eat meat. Sorry, but isn’t that just a normal diet? Or am I not allowed to say that any more?

Scroll back to top