ONE of the World Cup fan villages has yet to be completed – just over a day before the tournament kicks off.

Fans from across the globe have descended on Doha over the last few days ahead of Qatar 2022. 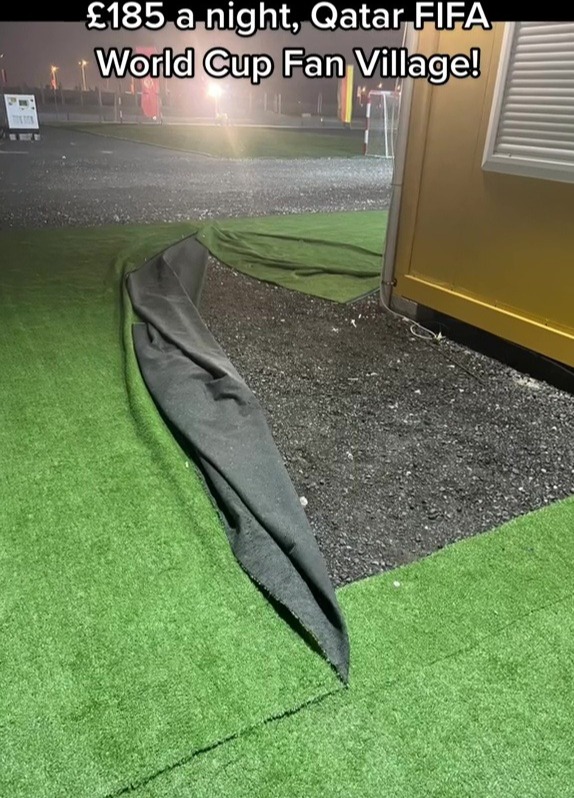 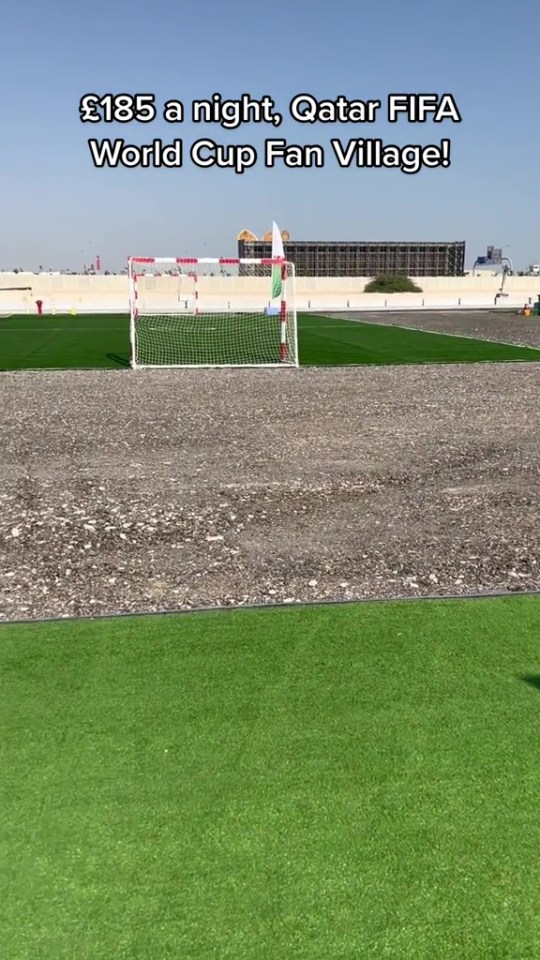 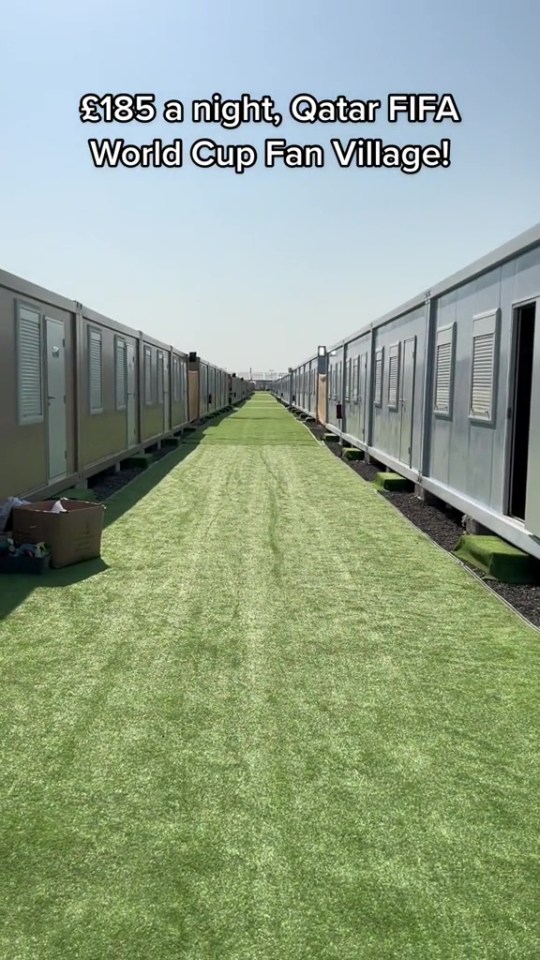 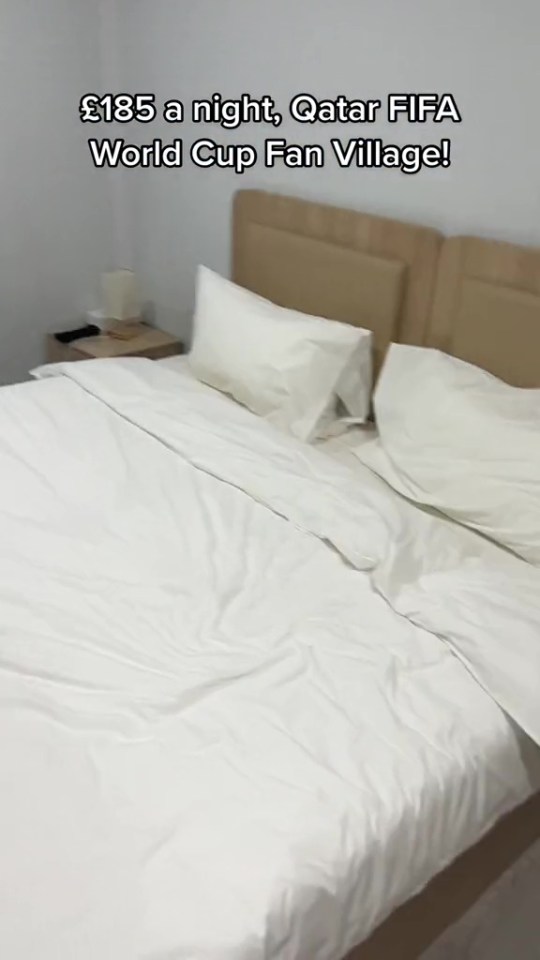 Some have forked out a pretty penny to stay in one of the two fan villages and get a fully immersive World Cup experience.

But one of the ultra-expensive villages – which costs a whopping £185 a night to stay in – is not yet finished.

Fan footage from inside one of the villages has shown several areas still need astroturf laid down on the ground, some of which is strewn with rubble.

Punters forking out the big bucks to be right in the thick of it would expect to stay in plush digs for the coin they’re shelling out.

But they’ve ended up being housed in makeshift rooms in converted shipping containers.

The rooms are kitted out with an ensuite bathroom, although there isn’t much space for moving around as the double bed takes up the majority of the unit.

Air conditioners and first-aid kits have been provided by the Qataris to help the visiting fans cope with the scorching heat.

The dining halls set aside for fans leave little to be desired – although the quality of the food provided is currently unknown.

The centre of the fan village, however, isn’t too shabby – with scores of comfy bean bags available for fans to sit and watch games in front of the big screen.

But the piles of rubble, industrial machinery, cramped rooms and ripped-up turf around the village will make for unpleasant viewing for the paying punters. 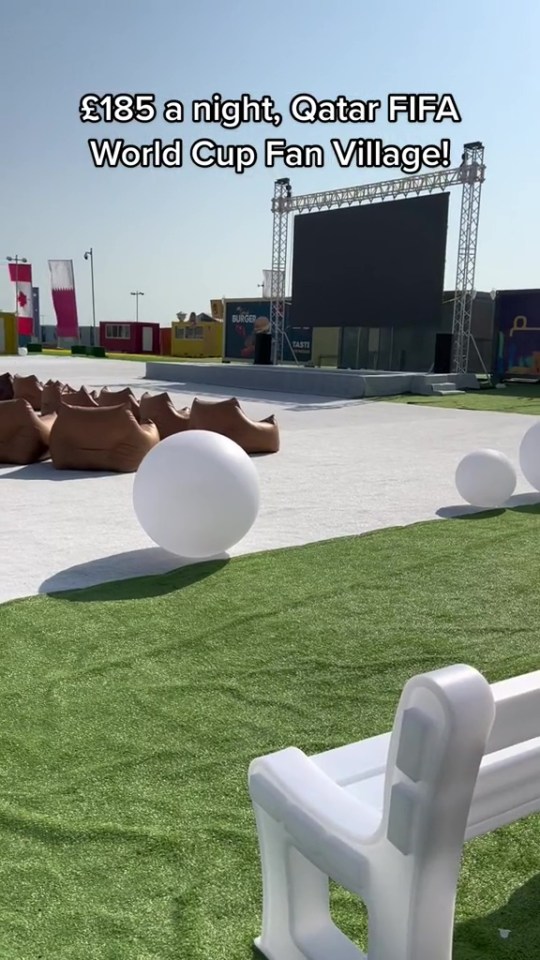 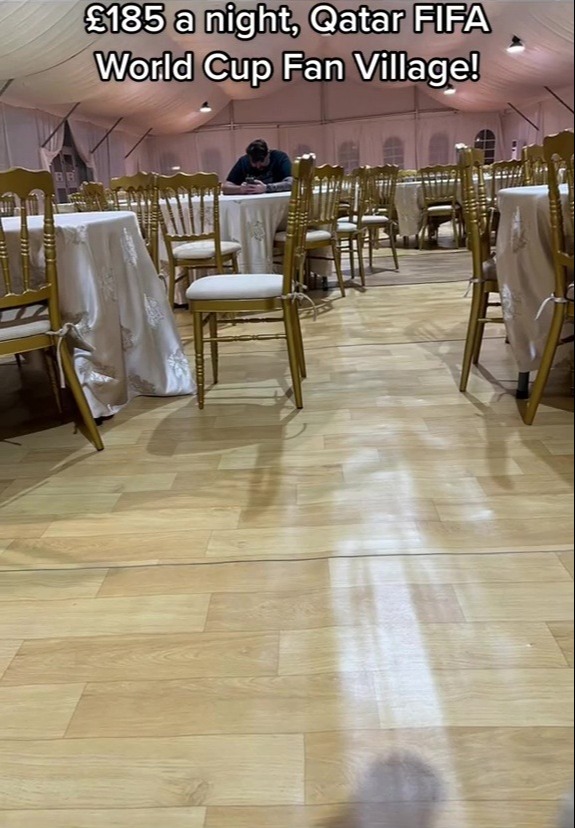 Footage of the unfinished fan village was uploaded to TikTok by an irate fan, who may very well be regretting their expensive accommodation choice.

Their accompanying caption read: “This is what £185 a night gets you in the Qatar World Cup fan village.

“Good luck getting any rest.

“The noise of the air conditioner [that doesn’t keep the container cool during the day] helps drown out the rest of the racket.”

Hosts Qatar will light the tournament blue touch paper on Sunday afternoon, taking on Ecuador in their Group A opener.

Who is World Cup referee Stephanie Frappart and is she the first female official at a major tournament?
Man City star Ilkay Gundogan opens up emotional transfer return to Nuremberg with midfielder out of contract in summer