📆  This is the October 2020 edition of “This Month in WordPress with CodeinWP.”

Hello! We are back after witnessing another month of interesting stories from our WordPress community.

What we want to present to you today contains several cool news items that will shape your future as a WordPress user.

Robert, our summer intern, helped with research and content for this roundup, the same way he did for the previous one.

So let’s find out more about the WordPress 5.5 release that broke a few sites, the new WordPress theme directory rule for mild violations, the changes in the WordPress support forums, Matt Mullenweg and his latest dispute, and a lot more important stories. 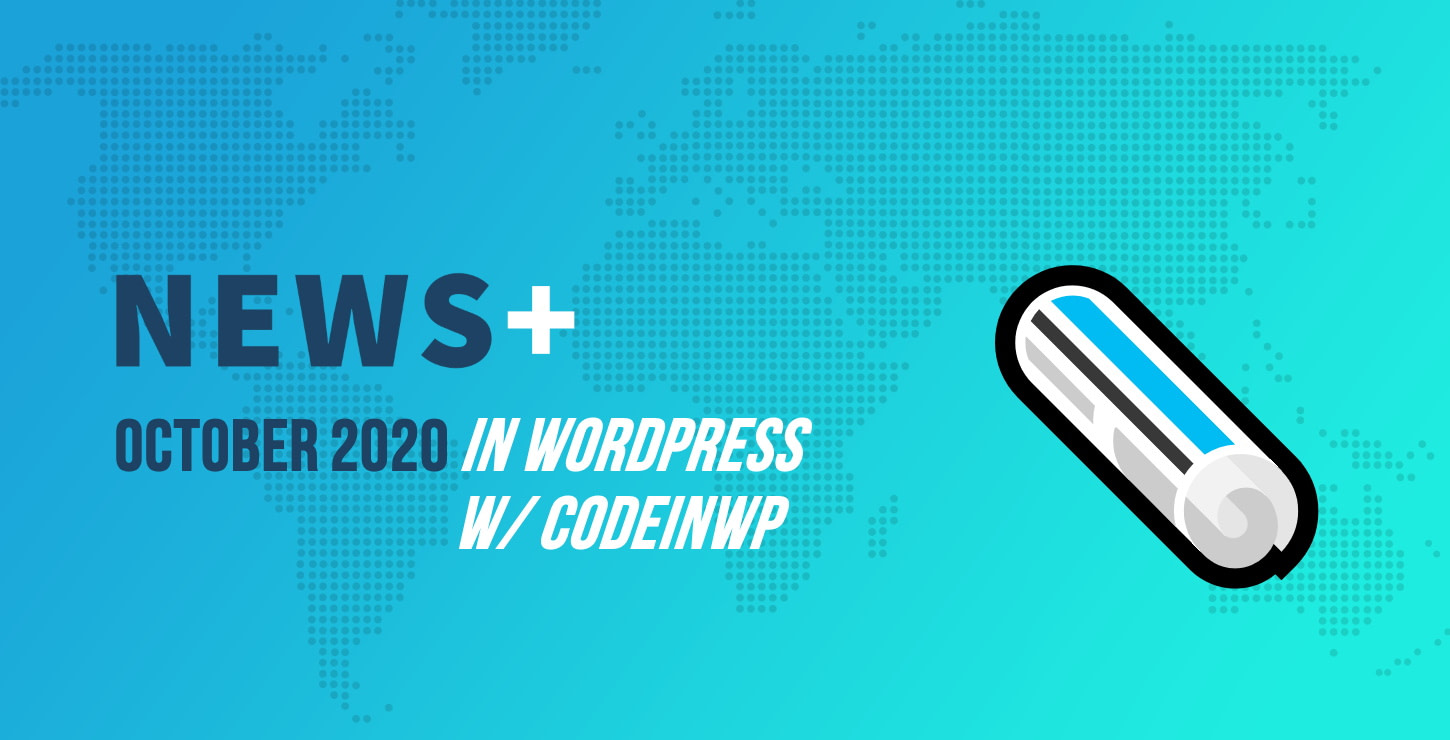 WordPress 5.5, the latest major release, came with a negative effect on millions of websites. In this version, the core team removed 19 legacy JavaScript localization objects, which affected all the updated sites by causing errors with many popular themes and plugins.

Some of the impacted themes are Astra, Storefront, Hestia, Neve, ColorMag, and a lot more. On the plugin side, SiteOrigins Widgets Bundle, Advanced Custom Fields, AMP for WP, WooCommerce Services, Ocean Extra, and Rank Math SEO were some of the big ones that were broken by the change.

As a result, the core team quickly released WordPress 5.5.1 as a patch to give theme and plugin authors some time to update their products. The developers will still need code that uses wp.i18n, but now they will be able to do their thing because, in the maintenance release, the legacy code won’t block JavaScript execution.

If you want to avoid complaints from your users, you should update your tool right away. Joost de Valk posted a list of the affected extensions in WordPress 5.5, which you can consult for your users’ safety.

If you rolled back to an older WordPress version after seeing the errors, you should update to WordPress 5.5.1 because this is the release that is meant to help you fix all the issues.

By the way, if you have any general feedback regarding the latest major WordPress release, fill out the form in this post. 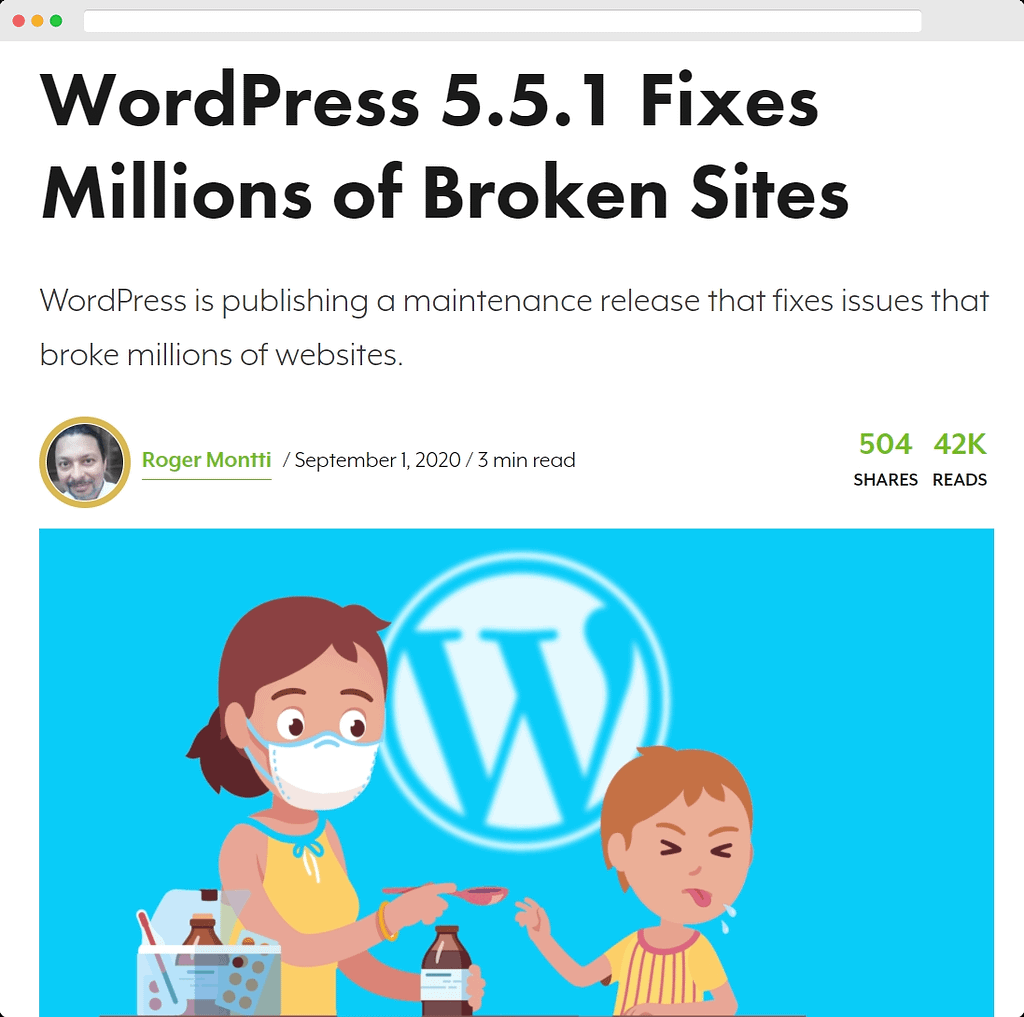 Astra’s recent suspension from the official repository pushed the Themes Team to deliberate over a universal rule to apply to all themes if similar incidents take place again.

When Astra creators violated the guidelines by using affiliate links in the back-end, the Themes Team and the entire community were caught by surprise because there were no standing penalties for this exact mistake. Which burst into confusion and controversy. More details here.

A month later, the Themes Team came out with an official response. From now on, similar violations will result in the delisting of the respective theme, which means that the theme will be temporarily hidden from search but, at the same time, will be available for updates and will still exist in the repo.

This kind of punishment only applies to mild violations like honest mistakes or stuff that’s not stated in black and white in the official guidelines for theme authors. As in ‘miscellaneous’. 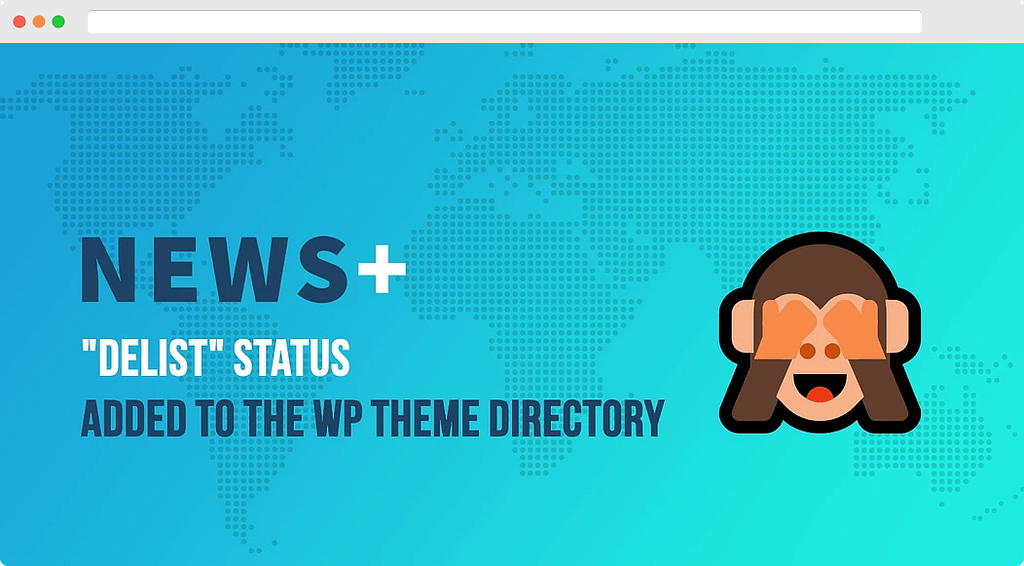 Matt Mullenweg and Jamstack Community Square Off, Making Long-Term Bets on the Predominant Architecture for the Web

The altercation started from Mullenweg’s statement on Jamstack as “a regression for the vast majority of the people adopting it”, which he shared in an article on The New Stack.

Of course, the leaders of the Jamstack community reacted through various open letters addressed to Mullenweg, such as this one, where the co-founder and CEO of Stackbit explained why Matt is wrong.

It continued with a brief conversation on Twitter, where both entrepreneurs made some bets on which web architecture will be the most dominant by September 2025.

Will Jamstack be a threat to WordPress five years from now? Let’s talk then.

GoDaddy expands the team with yet another big acquisition. They have acquired SkyVerge, creator of over 60 WooCommerce add-ons, most notably WooCommerce Memberships and Jilt.

Although GoDaddy announced the purchase, they did not disclose the purchase price itself.

Staying in the darkness for a long time, SkyVerge has become one of the most successful WordPress and WooCommerce businesses, bringing in over $300K in revenue each month, at least as of late 2019. The entire SkyVerge team is coming along for the transition to GoDaddy.

The guys at SkyVerge are now planning a strategy to deliver their products to GoDaddy customers in the most efficient way possible.

An interesting question that keeps the WordPress support team members busy in meetings is how much freedom should they give to the users of the forums.

The team debated this month about what level of control to offer to the forum users on their own topics. The goal is to allow people to edit or archive the topics they’ve opened, especially when they post private data or sensitive information that everyone can see.

The benefit is letting users edit their topics after an extended time since posting (from two to five days). Currently, they are able to make changes within an hour of opening a thread on the forum.

But the question is, is this a good idea or not? The support team is trying to figure it out as we speak. These new changes were not implemented yet.

Giving too much control to the users might also mean more work or trouble for the team to keep up with the initial conversations and put the replies in context.

WordPress.org is the place you go to when you need to find a free tool or ask for support. But sometimes, the forum moderators go through a dilemma when users seek help or advice that involves an upgrade to the premium plans of a tool.

Authors are not allowed to sell products via the official directory but what do you do when users cross the line and you must refer to your paid tools to solve the problem?

Marius Jensen brought this topic up in the support team’s meeting: “Authors are not allowed to support their paid products on WordPress.org as is, but where do you draw the line, for example, when a base plugin causes issues with a paid addon? Should then support be allowed for the base product on WordPress.org, since that’s the root issue, or should it be shipped off to the author’s own site, since it affects a paying user?”

After getting the community’s input on this matter, the support team announced that they will come back with a summary of the feedback they received.

The State of Themes and Plugins on WordPress.org in 2020

That sums up our October 2020 WordPress news roundup. Anything we missed?

Complete List of WAI ARIA Roles and Their Uses