Why is Netflix Struggling with Multi-Camera Sitcoms? 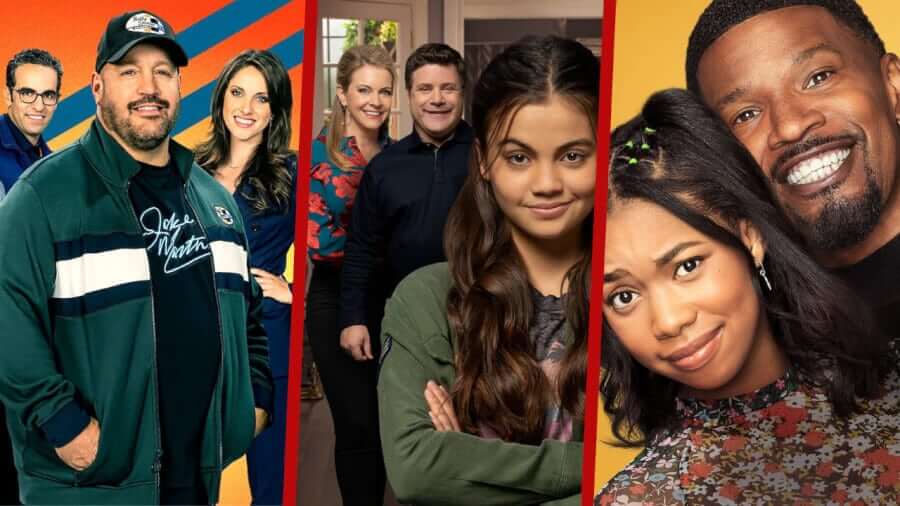 There are a number of genres Netflix has really struggled to get right, with talk shows and late-night formats often the most cited examples. However, below we’re going to look at the rather disappointing track record Netflix has had with its multi-cam sitcom lineup.

To be clear, Netflix has had some home runs generally with their comedy TV lineup. Master of None and Grace and Frankie both stand out as excellent comedies, as do the likes of Sex Education and Russian Doll. However, we’re really focusing on multi-cam sitcoms as opposed to single-camera ones.

Here’s a list of Netflix’s biggest multi-camera sitcoms produced thus far. We’ll mark those that have finished with an asterisk and those that have yet to be renewed or with unknown status with a hash. We’re excluding Game On: A Comedy Cross Over Event as it’s pitched as a limited series.

As the list demonstrates above, apart from Family Reunion no show has been renewed beyond season 2 since One Day at a Time.

Compare this track record to years prior with other major multi-cam sitcoms, whether that be Seinfeld (9 seasons, 180 episodes), Sister Sister (6 seasons, 119 episodes), Friends (10 seasons, 236 episodes), or countless others and it’s not a good look.

Top 10 data suggests these shows aren’t sticking either. Recent examples such as Dad Stop Embarrassing Me! only managed 11 days in the top 10. The Crew only managed 10 days, as did Country Comfort.

It was only back in 2018 when Decider wrote that the multi-cam format was back in its renaissance and most of the shows cited are still ongoing but just not at Netflix.

So what’s going on? Why are multi-cam sitcoms seemingly struggling at Netflix?

The instant argument will be the economics for Netflix are different and to some extent, that’s probably true. Syndication used to be the main goal for big sitcoms and those shows with tons of episodes are hot property (look no further than Seinfeld, expected to hit Netflix in June 2021, selling for millions). Even then, though, there must have been enough of an audience (even if that number pales into comparison to the audience now) to justify keeping the show going in the early days.

Some would point to the release schedule favoring a more traditional linear release schedules. Netflix has experimented a lot with releasing its multi-cam sitcoms with titles like Team Kaylie split into three individual parts and released throughout the year but nothing seems to stick.

Then you come onto who these shows are actually aimed at. Fuller House and The Ranch, the two most successful Netflix Original multi-cams seemed to know exactly who they were targeting. Some of the newer shows do not. There’s an excellent article from Paste Magazine trying to comprehend how the pitch meeting for No Good Nick went and ultimately concluded they had no idea who the show was for.

This is a problem we’ve often had here at What’s on Netflix for quite some time. The Netflix Original library has swelled to well over 2,000 titles now and beyond some rather generic genres attached to titles, it’s hard to know who and what shows are about at first glance.

Compare that to the likes of a show released on Paramount+ with a Nickelodeon label on it. You roughly know what you’re getting into. I didn’t expect to be praising Paramount+ here but here we are!

It could just be a general downtrend in interest for multi-cam sitcoms. All of the linear TV ratings are down so it’s hard to get a good read from that but it could just be that the format is outdated and out of fashion right now. This is often argued on online forums and outlets with Vulture trying to make the case for multi-camera sitcoms a decade ago.

We should point out that those who do stick around to finish the show often do like them. The Crew is sitting at a 6.6 on IMDb, Country Comfort at 6.9, The Big Show Show at 6.4. Some miss the mark a little more, Dad Stop Embarrassing Me! at a 4.2 for instance but often, this is on a relatively small handful of reviews.

So what’s the answer?

Unfortunately, we don’t have an actual answer here. It’s not the talent that’s the problem it could simply be that people have either lost love for multi-cam sitcoms or that they just don’t work on a streaming platform. The aforementioned talk show format hasn’t done well on Netflix and with a few exceptions, Netflix has pulled back on its output in that arena. Perhaps that’s the only option here too.

What do you think? Do you watch multi-cam sitcoms on Netflix? Let us know in the comments.

Why You Need to Enter the U.S. Search Awards Now

Is The Girlfriend Experience on Netflix?