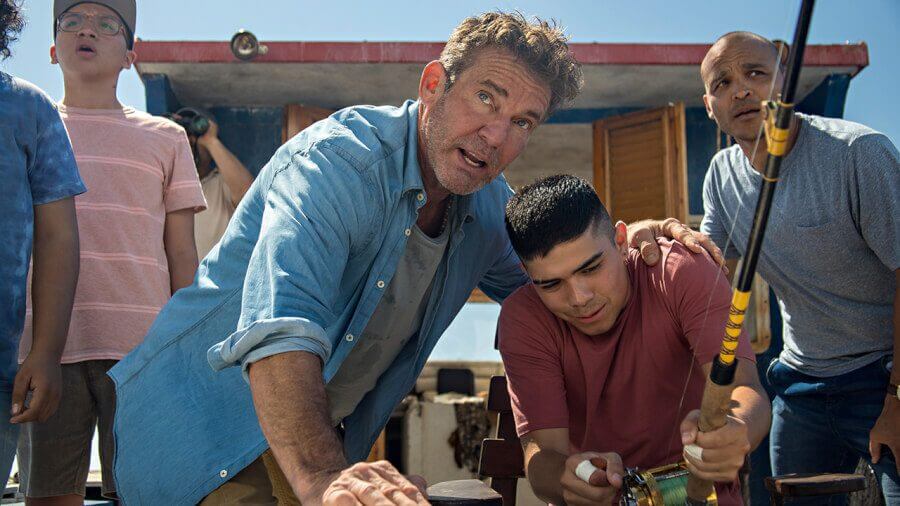 Happy Thursday and Lucifans have only a few hours left to wait until the next batch of episodes hit Netflix. Until then, Netflix has added 6 new releases today including some absolute gems. Here’s what’s new on Netflix and what’s trending on Netflix for May 27th, 2021.

Just looking at removals, there’s nothing big for the next couple of days although you will want to spend this weekend watching American Crime, My Week with Marilyn and The One I Love before they depart.

Tomorrow will see the release of Lucifer season 5 part 2 and if you’re wanting to stay up for that, we’ve got a release time schedule for you here.

Now let’s get into what’s new on Netflix for May 27th.

Dennis Quaid headlines this feel-good drama that retells a real story that’s sure to pull on the heartstrings.

“To save their cash-strapped orphanage, a guardian and his kids partner with a washed-up boat captain for a chance to win a lucrative fishing competition.”

If you want to read a little more about the movie, check out our preview or check out the excellent interviews that Josh Shepherd did for us here.

Norweigen series Ragnarok is one of the best titles to come from the region that’s seemingly able to cross borders and be popular around the world.

Now, it’s back for a second season with Magne continuing his feud with Jutul Industries.

Although Jacob on our staff is a huge fan of anime, I am not. However, Eden joins a very small list of titles that I not only like from the genre but actively love.

Thanks to its excellent flushed out world and voice cast of well-known actors (in both Japanese and English dubs) the series gripped me from the get-go.

SEO for Publishers and Marketplaces with Simon Heseltine [Podcast]