Unraveling the mysteries of The Outer Worlds: Peril on Gorgon

The Outer Worlds made quite an impression on me last year, with its rich characters, morbidly hilarious dialogue, and the distinct stylish trappings of its capitalist space society Halcyon. The sci-fi RPG offered a funny and engaging adventure in moral ambiguity that made multiple playthroughs a must. Obsidian and Private Division add a new layer of galactic intrigue with their first expansion, Peril on Gorgon, which I had the chance to dip my toes into during a preview this week. Here’s what I gathered during an hour exploring the mysterious Gorgon Asteroid. 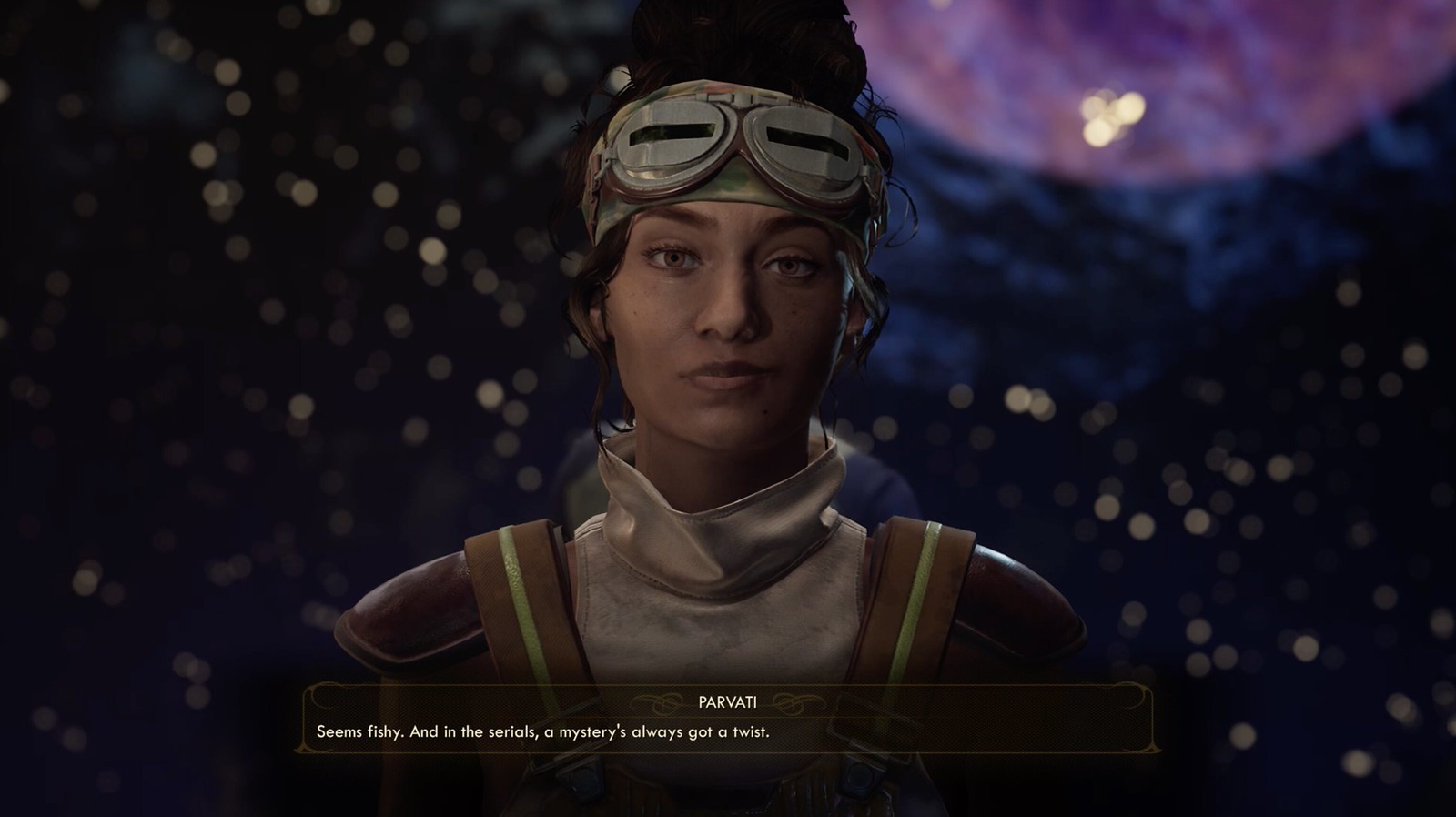 Fans of noir mysteries are in for a treat, as Peril drops the crew of the Unreliable right in the middle of a seedy scientific enigma. The expansion kicks off with an introduction to cocktail-wielding dame Minnie Ambrose, who dishes out a classic detective quest: discover why Spacer’s Choice shut down the disastrous Gorgon Project, and reveal the fate of Minnie’s missing mother, head project researcher Olivia Ambrose. Every part of the mission and side quests on Gorgon have a flair for the dramatic, from the region’s new music to the shady “Mysterious Figure” I encountered towards the end of my gameplay. At one point even my companion Felix commented that it felt like he was in one of the serial dramas he loves so much. 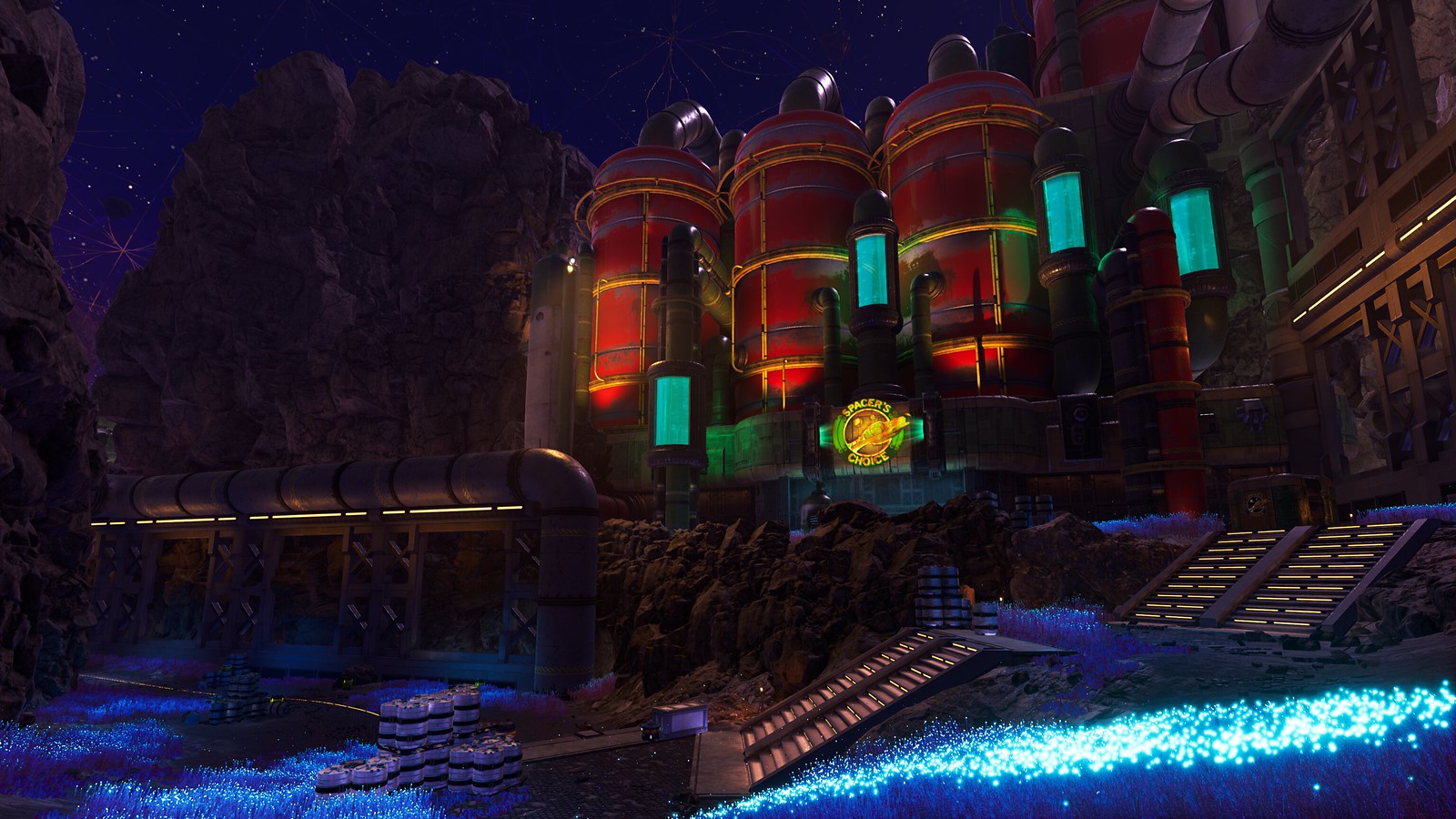 Speaking of drama, the Gorgon Asteroid is a fully explorable region teeming with new moral quandaries to solve. Rather than diving right into the mysteries of the Gorgon Project I spent some time meeting local scavengers at the Sprat Shack, a Sub-lighter hub where I tangled with such colorful characters as Freddie the Scab and Junkyard Trixie (these names!). Alongside the local riff-raff are introductions to some compelling side quests, including a tragically touching mission to reunite a widow with her lost husband’s hip flask. Exploration is always encouraged in Outer Worlds, but I appreciated how these side missions tied seamlessly into the larger mystery of Gorgon.

And sure enough, something fishy is afoot. I’m used to encountering Marauders while traversing the expanse of Halcyon, but the ones I fought on Gorgon felt distinctly different. In the Overlands I could sneak up on new variants specific to the region, like Plunderers and Berserkers. They often carried N-ray weapons that would send focused pulsing blasts that damaged me and any companions in my range. Luckily, I stumbled across a N-ray handgun myself: the beautifully designed Doctor’s Orders, which significantly evened the odds. Still, I was often caught off guard while snooping through the Office of Creation Incubation (where Spacer’s Choice comes up with all those unforgettable taglines), where I might move through a room of knocked out Marauders only for them to reawaken and attack with a renewed vigor. Something is changing the people of Gorgon, and the more I encounter, the more I want to unravel this mystery. 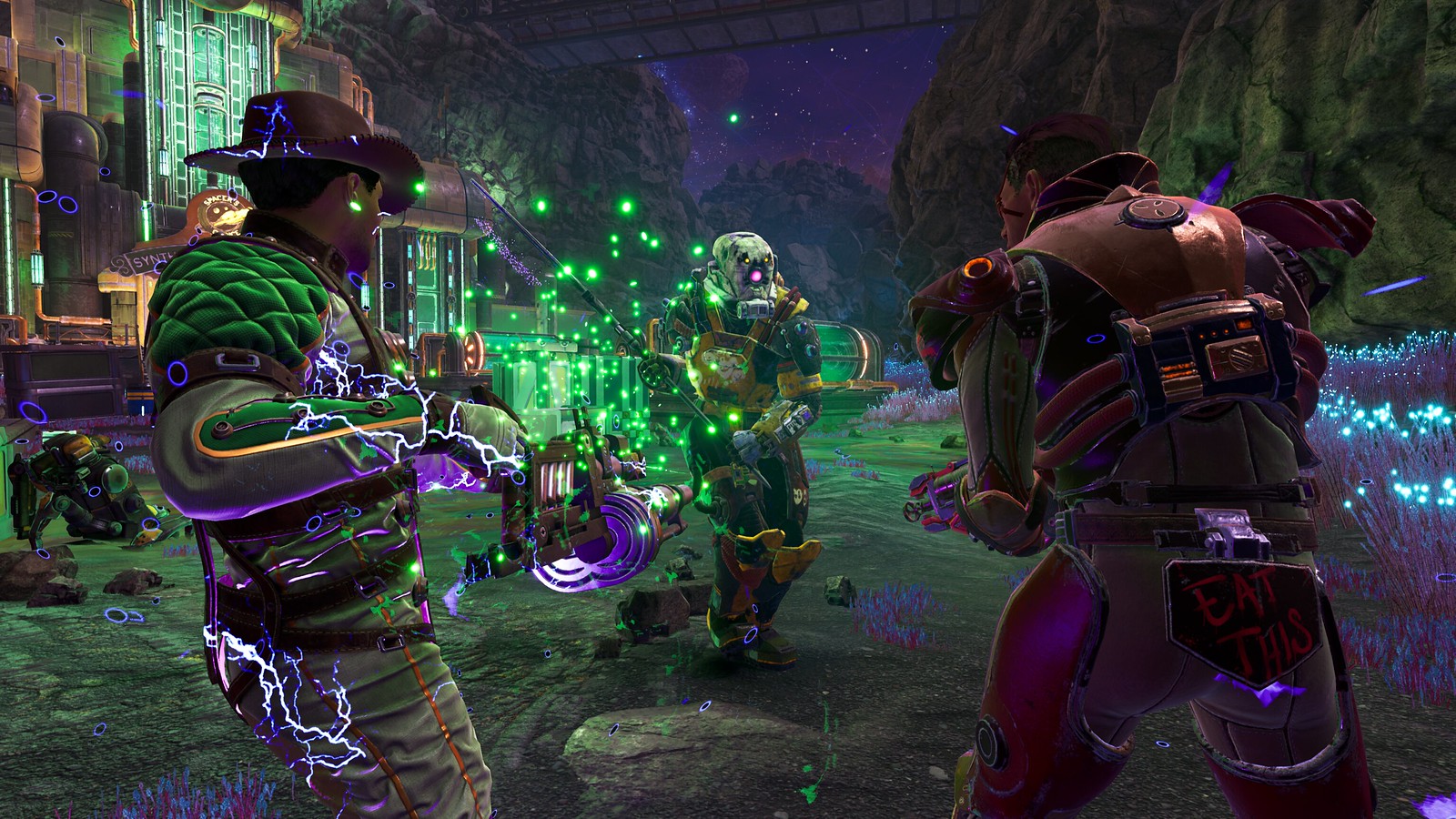 A nice addition I found while sticking my nose into every nook and cranny are the new Portable Phonographs, nifty little audio logs scattered across the region. Hearing the lingering thoughts of Gorgon’s past inhabitants, including my assumed-dead detective predecessor Lucky Montoya (again, these names!), added another noir-inspired flair to my investigation and kept me digging deeper. Ultimately, exploration is unavoidable given Gorgon’s beautiful setting. While research facilities and Spacer’s Choice apartments have been left abandoned, the stars shine ever so brightly from Gorgon’s skies, and the stealth-friendly bioluminescent grass had me enjoying every jaunt from location to location. Even the new beast types — Shiverpillars and Frostsaur Soldiers — seemed to glow in the night. Something may be fishy about Gorgon, but it sure is beautiful to behold.

I only spent an hour exploring the abandoned research facilities of the ill-fated Gorgon Project, but the small teases I found of the truth had me ready to discover more. I’ll be hopping back in the Unreliable when The Outer Worlds: Peril on Gorgon takes off on September 9.

Something new is coming to PlayStation 4, and you’re gonna need a lint roller! The Sims 4 Cats & Dogs Expansion Pack* will be available on PS4 beginning July 31. With this pack, you’ll get the Create-A-Pet tool, a new world, and as many cats and dogs...

Monthly Benefits for PlayStation Plus Members in Red Dead Online