How Donald Trump plans to spend his final hours as U.S. president

Trump plans to bid farewell to the presidency at an event at Joint Base Andrews before flying to Florida — skipping Joe Biden’s inauguration. Continue reading →

Instead of attending President-elect Joe Biden’s inauguration Wednesday afternoon and leading the peaceful transition of power, Trump will hold his own send-off event at Joint Base Andrews in Maryland early in the morning.

By the time Biden is sworn in as the 46th president, Trump will be permanently moving into his Mar-a-Lago resort in Palm Beach, Fla., his regular home away from home while he served in the White House.

Trump is the fourth president in U.S. history — and the first since Andrew Johnson 152 years ago — to not attend his successor’s nomination. He has consistently refused to mention Biden by name when acknowledging the incoming administration publicly, including in his farewell address video.

Trump, who has also not yet acknowledged that he lost the November election fairly, is instead focused on touting his administration’s accomplishments, a theme expected to carry over into his planned speech at his Wednesday send-off. 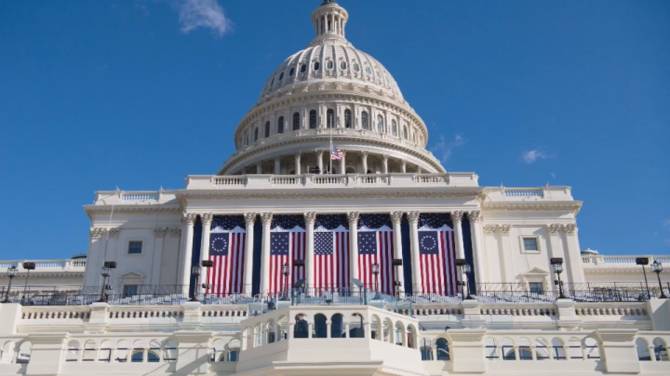 An invitation to the event, obtained by CNN and Axios among other outlets, was sent by the White House to Trump’s aides, allies and administration officials. The invitation says the event will begin at 8 a.m. ET and allows each recipient to RSVP with up to five guests each.

Reports have emerged that the invite was also sent to a number of past members of Trump’s administration who have become vocal critics of their former boss, including former chief of staff John Kelly and one-time communications director Anthony Scaramucci.

Scaramucci said on Twitter he won’t be attending, joking, “I am having my fingernails pulled out at that time, sorry I can’t make it.”

I am having my fingernails pulled out at that time, sorry I can’t make it. . . //t.co/uhloxgvtWo

Top Republicans including Senate Majority Leader Mitch McConnell and House Minority Leader Kevin McCarthy are also skipping the event, according to multiple reports, instead opting to attend mass with the Bidens ahead of the inauguration.

It’s not yet clear what else the send-off will entail. The Associated Press reported that a red carpet, colour guard, flyover, military band and even a 21-gun salute were being discussed among aides planning the event, though nothing has been officially announced.

Outgoing Vice-president Mike Pence has already confirmed he and his wife Karen will not attend Trump’s send-off. Instead, his office released a schedule for Wednesday saying the couple will attend Biden’s inauguration.

Read more: How Trump is breaking with tradition leading up to Biden’s inauguration

A person familiar with Pence’s schedule speaking to the AP cited the logistical challenges of getting from the base back to D.C. for Biden’s inauguration ceremonies as the reason for not attending Trump’s event.

The final daily schedule released for Trump by the White House does not mention the Joint Base Andrews event, only saying the president and first lady Melania Trump will depart Washington at 8 a.m. “for Palm Beach, Florida.”

Trump is expected to fly to Florida on Air Force One, which will then return to Joint Base Andrews by the time Biden becomes president at noon Wednesday.

Besides skipping the ceremony itself, Trump is also not participating in any of the other traditions associated with passing the torch of the presidency: riding to the inauguration together, hosting Biden and his family at the White House, or leaving a note for the incoming president.

“To not (attend the inauguration), I think is really leaving a blank in democracy and really hurting the exercise of this extremely wonderful moment,” presidential historian Doris Kearns Goodwin told CBS News Tuesday.

Yet the transfer of power has been tarnished by Trump’s ongoing insistence that he was cheated out of winning the election. His repeated baseless claims of widespread voter fraud, of which there has been no factual evidence, snowballed and gained traction among large segments of the Republican party.

Some of those Republicans have since backed away from those claims in the wake of the Jan. 6 storming of the U.S. Capitol by a mob of Trump’s supporters, who hoped at the very least to convince more Republican lawmakers to overturn the election results.

The vote was later certified to confirm Biden’s victory, despite objections from some GOP members.

Trump’s hopes for a big military send-off could also be complicated by the unprecedented security concerns surrounding the inauguration. More than 25,000 National Guard troops alone have been tasked with protecting the Capitol, which is on high alert over possible threats of further violence from pro-Trump groups. 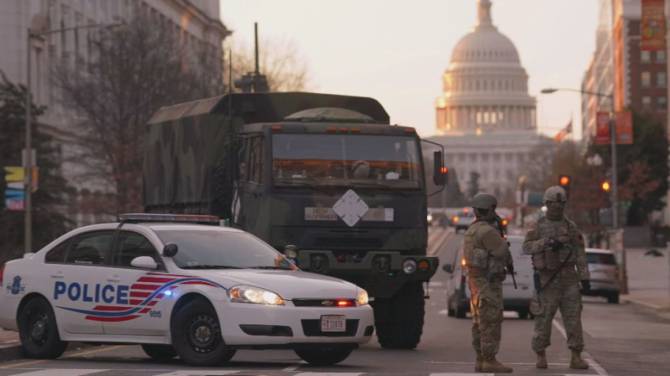 The riot led the House of Representatives to impeach Trump for a historic second time, on a single charge of “incitement of insurrection.” The Senate will hold a trial and ultimately vote on whether to convict Trump on the charge during the first few days of Biden’s term.

While a conviction would come too late to remove Trump from office, it would bar him from ever running for political office again.

When Trump became president, he and Melania walked then-outgoing President Barack Obama and his wife Michelle to the Marine One helicopter that took them away from the White House for their final time. Trump’s early departure Wednesday will ensure Biden won’t get the same opportunity to bid farewell.

Trump also repeatedly thanked the Obamas for their work on the transition throughout that day in 2017, and reportedly showed the letter his predecessor left for him to visitors at the White House during his first months as president.