The former Dominion Wheels and Foundries Company buildings sit on lands owned by the Ontario government and a minister’s zoning order was issued in the fall to redevelop the site. Watch video →

The massive scoops of excavators used to punch through brick walls built in the early 1900s may have fallen silent for now, but a worker refuelling the machines served as a stark reminder that crews may be back to work sooner than many would like.

The former Dominion Wheels and Foundries Company buildings sit on lands owned by the province and last fall a minister’s zoning order (MZO) was issued to redevelop the site. The Ministry of Municipal Affairs and Housing said the MZO was necessary to build affordable housing.

Despite a local heritage designation, the provincial government said it conducted its own heritage analysis and decided the buildings aren’t of provincial historical significance. Officials also said it was concluded repurposing the buildings was not possible due to site contamination.

The sudden appearance of demolition equipment followed by crews beginning to tear down the buildings last week was met by fierce local opposition.

Several local groups have organized and launched a court challenge to stop the work. A temporary injunction was denied, but the province opted to halt the work “as a good-faith measure towards the City of Toronto” until Wednesday. A spokesperson said Tuesday the work would be halted until a court hearing scheduled for Wednesday.

The divisional court is scheduled to hear from the group again Wednesday morning. But lawyer Stephen D’Agostino warns the challenge will not be an easy one.

With an MZO, D’Agostino said the planning act doesn’t provide a right of appeal to the Local Planning Appeals Tribunal, as it would with normal zoning disputes.

“The minister has very broad authority to put a zoning order in place,” he said.

“I think it would be very difficult if the attack is only on the MZO, if there’s other legislation that they’re suggesting the province has run afoul of, that’s a whole other case,” he said. Historic or not, minister’s zoning orders carry so much power that stopping one is no easy task.

Where there is a possibility of attack, he said, was in courts to challenge whether the minister had the jurisdiction to order the MZO in the first place.

D’Agostino said he didn’t see a path forward on the demolition challenge, based on the heritage aspect of the buildings.

The use of MZOs isn’t always this controversial. They have often been used to protect provincial infrastructure and to speed up the slow process of approving projects, which can take years.

But the frequency with which the Ford government has been issuing MZOs is unusual.

“Back in the day, you’d see MZOs a couple of times in your career,” said D’Agostino.

“Now we’re seeing them a couple of times a season.”

Tim Gray, the executive director of Environmental Defence, is among those fighting an MZO that was issued in Pickering, which would allow a warehouse to be built on a protected wetland.

“I think it’s a real abuse of power, for sure,” said Gray, which is taking the province to court over the MZO in March. 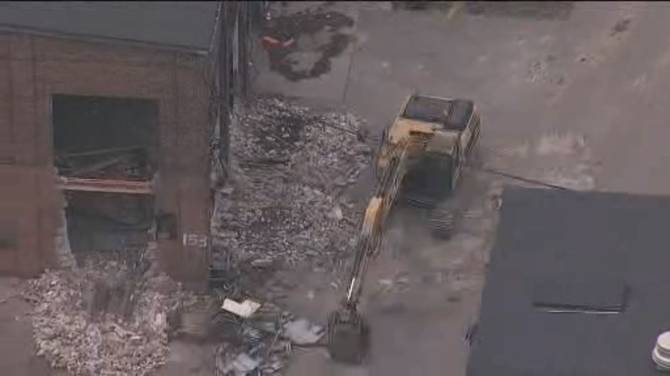 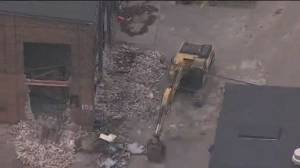 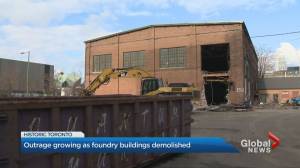 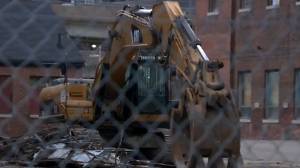 While Gray said the MZO itself is concerning because of ecological and flooding concerns, the province is eroding environmental protections even further.

“They did legislate in early December to make it easier to destroy these areas and to really remove the ability of conservation authorities to keep these areas protected,” he said.

Gray said he worries about other sensitive ecological areas that could now be destroyed in favour of lucrative hotels and marinas.

While those trying to protect the Corktown Foundry will face a difficult time in court, the area’s city councillor, Kristyn Wong-Tam, said Toronto’s legal team would be helping bolster the local defence.

The province has committed to halting work at the site until Wednesday, but Wong-Tam said in a statement the demolition should be stayed until the court can hear an argument that the MZO is an unlawful exercise of statutory power.

A provincial spokesperson wouldn’t provide any details on when crews would resume demolition in the event the court challenge failed.

On Monday, Mayor John Tory stepped up support for the stay until proper consultation was completed.

“We’ll find other ways to make sure this doesn’t proceed without some degree of consultation and that includes on the heritage side,” he said.