World War Z has been out for just over a year now and we’re thrilled to continue bringing out free major content updates. After all, squaring up against several hundreds of sprinting zombies at a time with three buddies to back you up never goes out of fashion. Since Season 2 of free content began, we’ve brought new weapons, missions, special zombies, the endless Horde Mode, and more.

In today’s update, we introduce the first ever new class to World War Z: The Dronemaster.

In addition to this new class, the Dronemaster update brings more zombie-exploding firepower in the form of the new Advanced Combat Weapon, a short-caliber semi-automatic grenade launcher. As a rare pick-up, it’s excellent for deleting entire hordes of zombies, but don’t get too trigger-happy or you’ll risk blowing your team up too.

As the centerpiece of this update, the Dronemaster is one of the most versatile classes in World War Z. Its unique ability lets you summon the trusty Quadrocopter, a nifty little ally that floats like a butterfly and stings like a flying robot with a mounted cannon!

By default, your drone friend will follow you around as you lay waste to the undead, zapping any zeke that get too close to its master, including special zombies. This gives the Dronemaster fantastic survivability, able to escape death by charging Bull or leaping Lurker. Instead of being beaten into paste, your Quadrocopter will stun the Bull, provided it has enough ammo, so you can slink around and shoot it in the back while it’s stunned.

To start with, the drone lasts for 12 shots, which you can customize to be stuns, pistol shots, or silenced pistol shots. Once the ammo is depleted, you’ll have to redeploy another drone.

The true strength of the Dronemaster lies in its versatility. As you unlock perks, you’ll discover new ways to make use of your Quadrocopter, such as directing it to protect one of your teammates, hold position at a designated location, or (if you’re cold and heartless), sacrificing it in a kamikaze explosion attack. It can even defuse landmines and convert hostile automatic turrets. 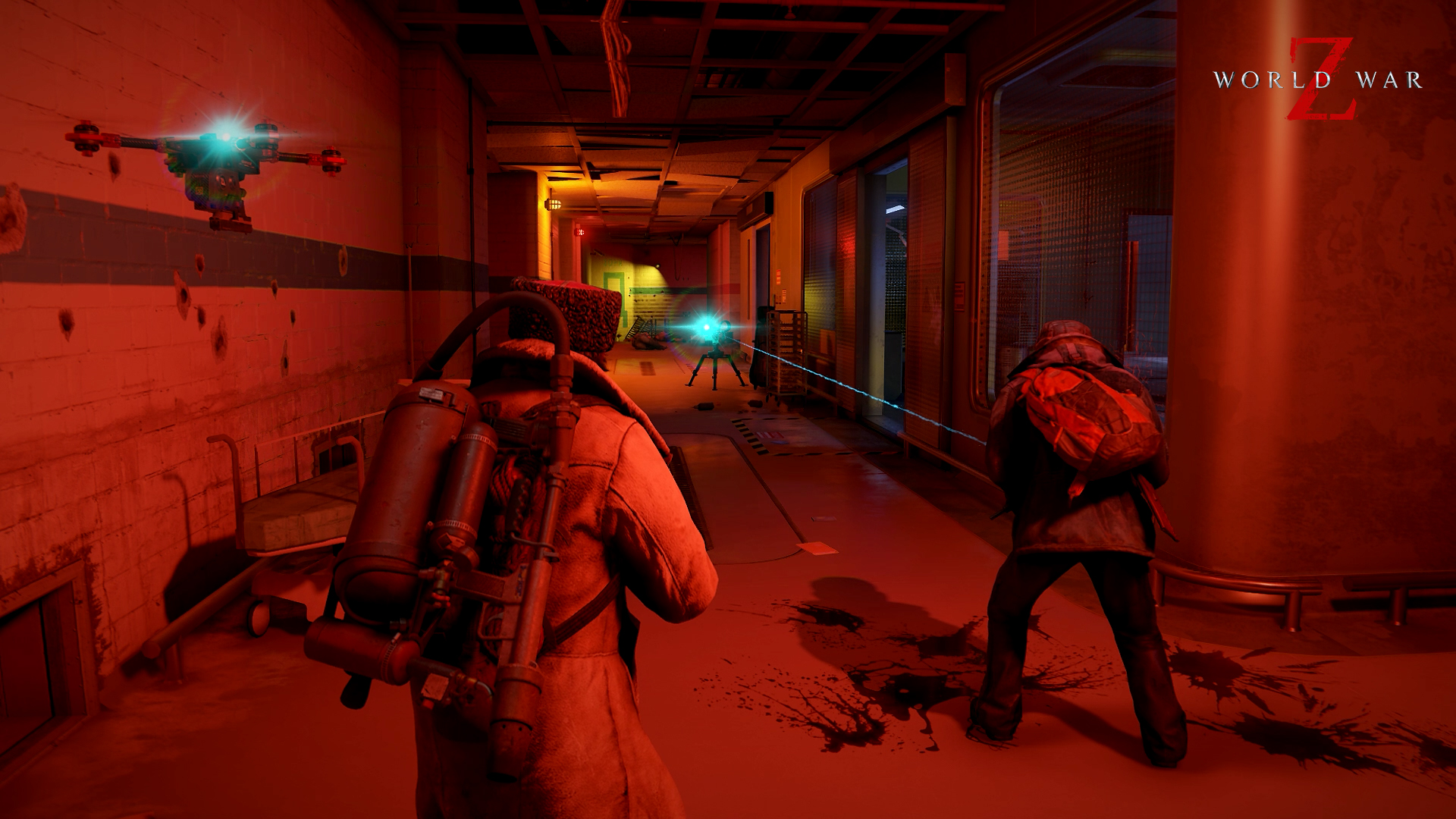 The drone grants buffs to whoever it follows, such as complete friendly fire immunity and temporary health boosts. The more powerful buffs, such as less damage taken and occasional ammo recovery, are prestige-rank unlocks.

A second drone buddy can eventually be summoned for when the action gets a little too hot. With so many choices available, it’s up to you to choose what will work best. Will you place two drones at an important choke point, or send one to a front-line slasher while keeping the other on yourself? Coupled with the final perk, where the Quadrocopter will stun a large number of zombies in a wide radius around them when it’s depleted, you’ll be able to set up some deadly traps and killzones.

We can’t wait to see how you’ll use the Dronemaster in ways we haven’t even thought of!

The Dronemaster update is free for everyone who owns the game, and arrives on PlayStation 4 today! Look out for the Signature Weapons Pack DLC, a set of four new weapon variants inspired by in-game characters, coming on the same day as the Dronemaster update.

European football’s showpiece competition has returned with a straight knockout tournament in Lisbon, Portugal. Now that we are in the final stages of this year’s competition, who will be crowned the winner of this year’s UEFA Champions League on Aug...

Hey everyone! This is Mike Rose from publishing label No More Robots, and we’re thrilled to say that Descenders, our multiplayer downhill biking game, is finally available for PS4. You can grab it today from PlayStation Store, or you can pick up a ph...