Today, we released a brand new gameplay trailer full of heart-pounding combat action featuring a few survivors you just might recognize. You can watch the full video below. 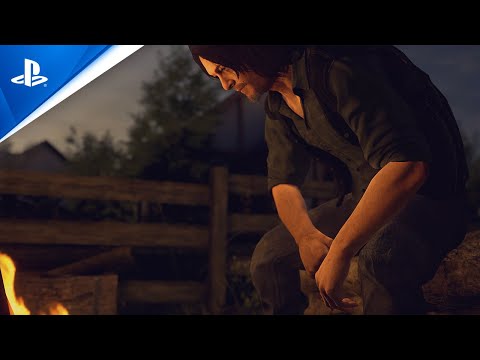 In The Walking Dead Onslaught, there’s no rest when survival is on the line. Step into AMC’s The Walking Dead and prepare for an onslaught of walkers as you assume the roles of your favorite characters from the show, and confront the horrors and humanity of this apocalyptic new world.

The Walking Dead Onslaught is set shortly after the Savior War in an Alexandria devastated by the fighting, and struggling over its ideals. It will take risk and sacrifice to mend this broken society and rebuild the Alexandria Safe Zone for future generations. Are you prepared to do your part?

Step into the shoes of Daryl Dixon for an intense campaign mode, as he recounts a fateful encounter with a mysterious stranger. The game’s infinitely replayable Scavenger Mode challenges you to embark on supply runs as Rick, Daryl, Michonne, and Carol, where they’ll encounter overwhelming hordes of walkers and collect resources to rebuild their community, upgrade and modify iconic weapons from the show, and unlock new quests.

Using PlayStation Move controllers, you will test the boundaries of VR combat physicality to shoot, sever, and decapitate walker hordes in ranged and close-quarter encounters. Experience our visceral Progressive Dismemberment system that realistically depicts your every attack against the undead. You’ll have a robust arsenal of 24 weapons to discover and bring back to Alexandria, each with realistic handling and a variety of customizable modifications to fine-tune and suit your personal combat style.

Leave nothing behind. Every trip beyond the walls of Alexandria means a chance to collect valuable weapons, food, materials, and other resources for the community. But beware: every supply run provides unpredictable walker encounters, resource availability, and obstacles to test your sense of flight or fight.

We hope you’re as excited as we are to have you play The Walking Dead Onslaught. Follow our journey on Twitter, and sign up for our newsletter to be notified when PlayStation pre-orders go live.

A Chair in a Room: Greenwater Creeps to PS VR April 23

The area of Greenwater is a mix of derelict towns, run-down motels and murky, decaying swamps, making the game an eerie and atmospheric thriller. But to make it as immersive as possible, we knew early on that we would need to design a world outside o...

The child of prophecy returns. After years of development and anticipation, The Last Guardian is launching next week on PS4.