The makings of a collection: Mutazione’s seed box

I’m Buddy Sola, Community Manager at Akupara Games, delighted to be back to give you more news about Mutazione! Earlier this year, I wrote a blog all about the Garden Mode update that brought Garden Mode to the game – a standalone Cloud Garden where you can play with the magical musical gardening mechanic with more freedom, that added in several new seeds and sounds, and a ‘seed sharing’ feature; a new system that allows you to share those seeds with your friends. 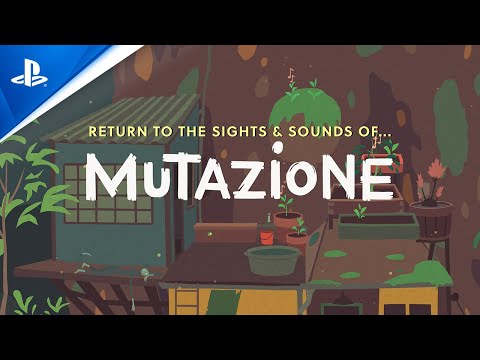 Today, we’re marking the release of all seven Story Mode gardens into Garden Mode. Seven gardens you know and love, now free for planting, experimentation and beautiful ambient compositions in Garden Mode! To celebrate, I want to talk a little more about Mutazione’s seed box and the intrepid collectors trying to track down every seed in the game!

If you’ve never played Garden Mode, here’s how it works: players have a set of starter seeds that they can plant in their gardens to grow and bloom and harvest into even more seeds. As they play, though, more seeds will drift in on the wind, planting themselves in the players’ gardens until they reach maturity and yield seeds as well. Each seed is tied to a specific mood (they share a musical ‘mood’, like Melancholia or Euphoria) as well as an instrument (like a Viola or Electric Guitar) so you can fill your garden with instruments you like to make your own ambient symphony.

In Garden Mode, you have a seed box which enables you to track your collection, the encyclopaedia of some seeds from the Story Mode, and a system for sharing seeds between players. As it turns out, this created exactly what collection-motivated players were hoping to see: a deep, intricate system for filling out their seed box and collecting all the seeds and sounds Mutazione had to offer! 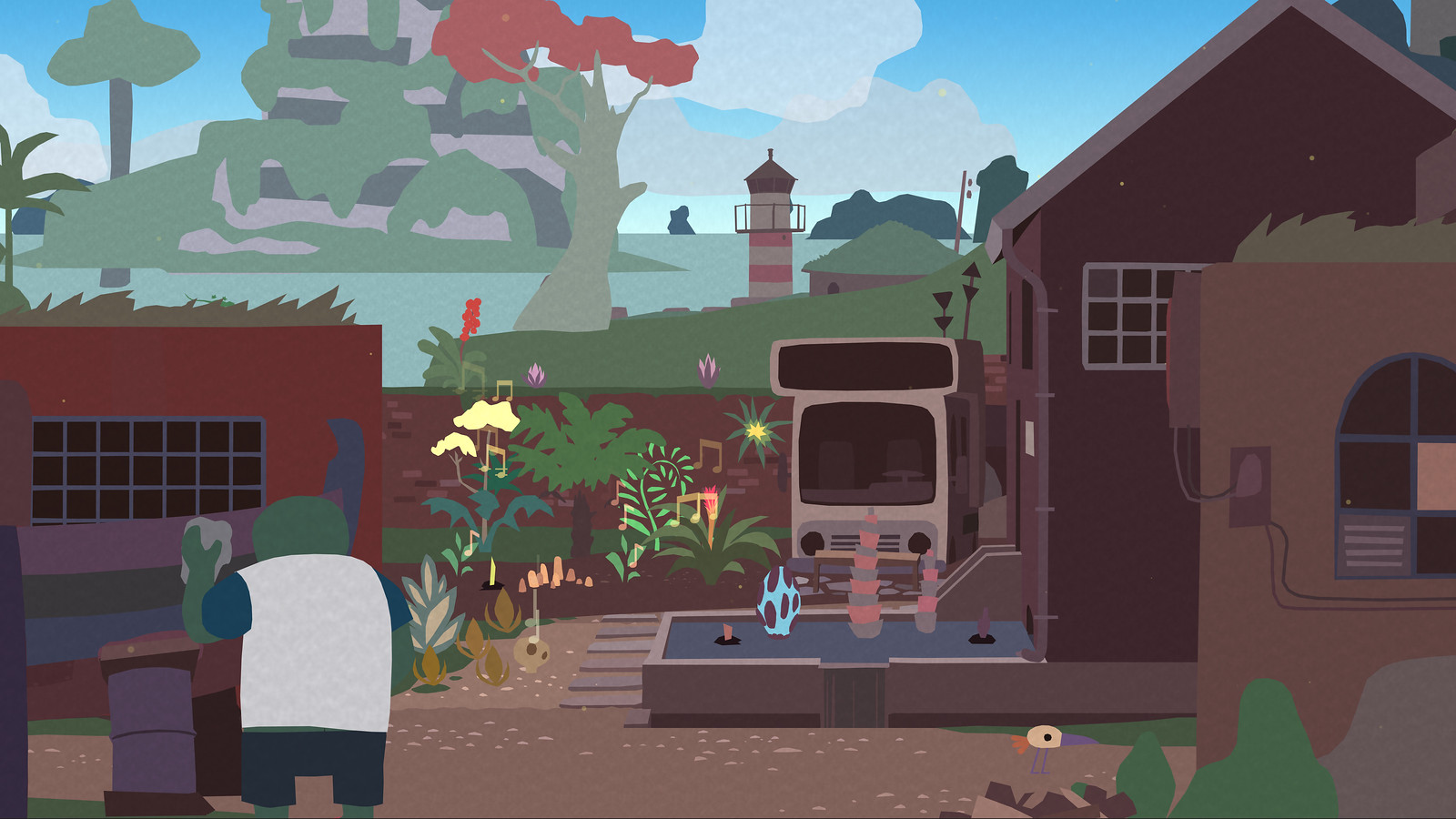 “I gardened fairly extensively in Mutazione’s Story Mode, going back to all my gardens every day with the new seeds I had found and ‘optimizing’ them,” one player on the official Akupara Games Discord community explains. It was a real delight to see a small community grow up around the seed sharing feature, discovering rare seeds, and trading to share and grow their own collections.

When Garden Mode came out, and players began to experiment, stories of discovery and exploration began to flourish on our Discord. Players deduced that seeds spawned at different rates for different users, so certain players would have rarer seeds appear for them while others would never see those seeds at all. They quickly learned that in order to complete their collections, they’d need to discuss, share, and explore together.

That process echoes the thoughts from Garden Mode’s designer, Douglas Wilson. “For me, listening to music is both really personal but also very social,” he writes. “I love trading music recommendations with friends, and I hope the seed sharing system captures some of that energy. Alessandro Coronas, the composer and audio designer behind the game, recorded so many different plants with such a wide variety of instruments, and we wanted to tease some of those out over time so that avid players could savor each new set of sounds.”

“I have done some research by very closely watching the trailer,” another player explains, as they describe some of the detective work that’s gone on. “Also, there’s an image in a review somewhere that depicts plants we don’t have…” Another astute observer realized that the hardest seeds to find had been each from a different mood type, and that they were still missing two moods to complete their collection. To this day, those two seeds remain at large, though new players arrive and start sharing seeds with one another, so we’re getting closer! And with this new injection of seeds, and a brand new selection of soils to plant with in the bringing of Story Mode gardens into Garden Mode, our detective efforts have new fertile grounds for experimentation!

Of course, you don’t have to join in the great Collection Detective Story! You can also return to Mutazione’s Garden Mode for a gentle solo gardening composition. With new seeds and soil-types a-plenty, it’s the perfect time to return to the game, and build quiet ambient spaces to escape into.

We can’t wait to hear what you make of it.

We’re pleased to announce that Cosmic Star Heroine is scheduled to release this summer for PlayStation 4 and PlayStation Vita. $14.99 will get you a cross-buy version full of hours of turn-based RPG goodness!

It feels like it was just yesterday when Rocket League launched on PlayStation as a PlayStation Plus title. We were overwhelmed by the love (and number of players) who hit the field and played the high-octane hybrid of driving and soccer. Now, five y...