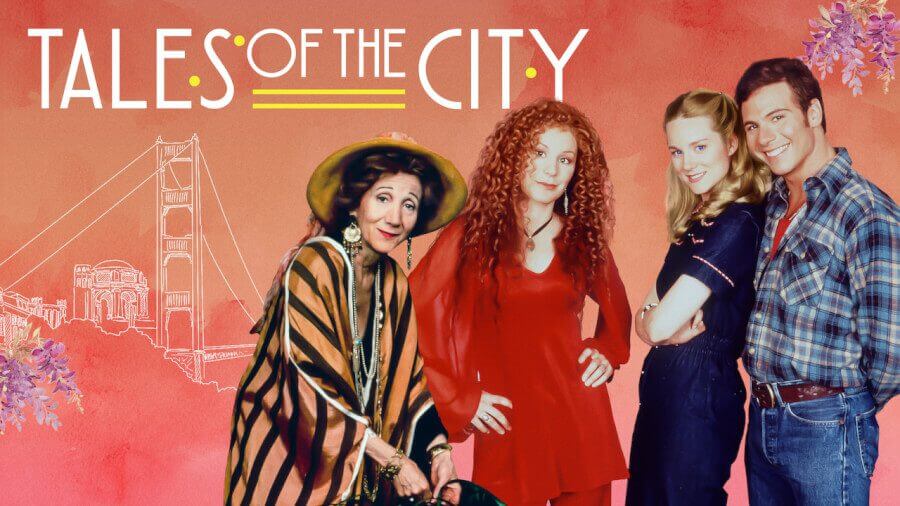 Tales of the City

The classic drama limited series Tales of the City first released back in 1993 is set to leave Netflix globally in June 2021.

The 6 episode miniseries which first aired on Channel 4 in the United Kingdom was added to Netflix alongside the release of the rebooted version that Netflix commissioned back in June 2019. Clearly, the show was only leased to Netflix on a two-year basis which is why it’s due to depart Netflix in all regions on June 28th, 2021.

The series is well worth a watch as it was a trailblazing show at the time of release. Based on the novels by Armistead Maupin, the show followed multiple people in San Francisco going about their daily lives.

We should make clear early on this removal from Netflix only applies to the classic series. The Netflix commissioned reboot which dropped back in June 2019 will not be leaving nor is it expected to (although we can’t rule out it ever happening). A second season of the rebooted show isn’t expected.

The removal date applies to all regions.

That includes the United States, Canada, and Australia. It also includes the likes of India, Latin America, and all of Europe too. The United Kingdom never received the series so won’t be leaving there. You can see a full list of countries currently streaming Tales of the City via Unogs.

As to where the series ends up is unclear. While Channel 4 aired the show (and PBS in the US much later), we’re not entirely sure whether they’re the distributor. Working Title Films who worked on the show is a subsidiary of NBC Universal so it could wind up on Peacock. The newly rebooted show did come from Universal so it’s likely the rights fall back into their control. However, it’s not currently listed as part of the June 2021 Peacock lineup.

June 2021 will also see the removal of a few other series including Hannibal and some classic series are set to leave a week after Tales of the City including Twin Peaks and The Twilight Zone.

Will you miss Tales of the City when it departs on June 28th, 2021? Let us know in the comments.

When will ‘Jurassic World Camp Cretaceous’ Season 4 be on Netflix?