Police in Kamloops are asking for public help in locating a wanted man.

According to the Kamloops RCMP, Terrance Allan Jones, 40, is wanted for several offences, including attempted murder, assault with a weapon, aggravated assault and robbery where a firearm was used.

The charges stem from a stabbing incident in Blind Bay in mid-August, with police engaging in a manhunt. One suspect was arrested in Chase, with the second in Coldstream. Jones turned himself in late September.

Police say an unendorsed warrant was issued after Jones allegedly breached his release conditions. He is believed to be in the Kamloops area.

Jones is described as a Caucasian male measuring 5-10 and 161 pounds. He has brown eyes, dirty blonde or brown hair and his right arm is fully tattooed. 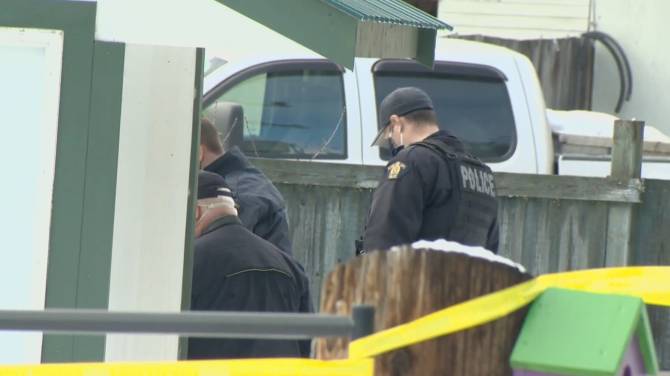