At least two vehicles, including a semi-truck were involved in a crash near CentrePort Canada Way Wednesday. Continue reading →

RCMP shut down CentrePort Canada Way and King Edward Street westbound Wednesday evening after what they called a “serious collision”.

At least two vehicles were involved, including a semi and a van. 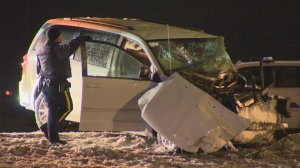 Part of the area was closed to traffic just before 5 p.m. and remained shut into the evening.

Police have no details on injuries at this time. 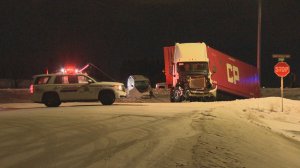