Howdy Rangers! Robert “RJ” James, also known as the Jungle Fury Wolf Ranger, makes his way into the grid today as the first of three characters included in our Season 3 DLC pass!

With the release of RJ (and Samurai Megazord, which is obtainable for free with today’s 2.3 patch), the roster now boasts a total of 19 playable characters and five Megazord Ultras. If you’ve been itching to try out a fast-paced 3v3 brawler with ridiculously fun tag team mechanics, now’s a great time to give Power Rangers: Battle for the Grid a shot! 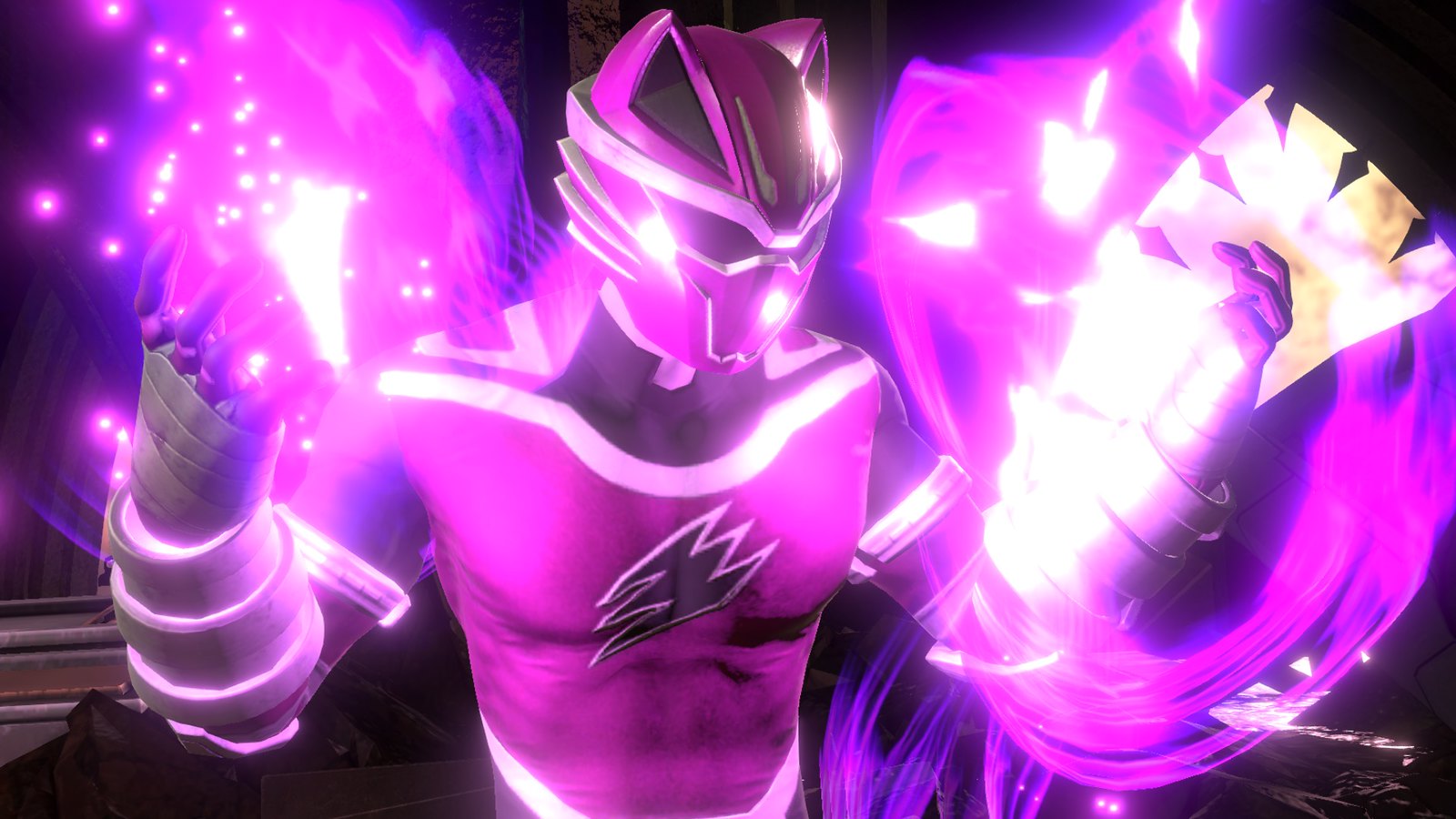 In the first episode of Jungle Fury, RJ is introduced as an affable pizza parlor owner who ultimately grants the Jungle Fury Rangers their Ranger powers, becoming their mentor and trainer in preparation for the incoming threat of Dai Shi. 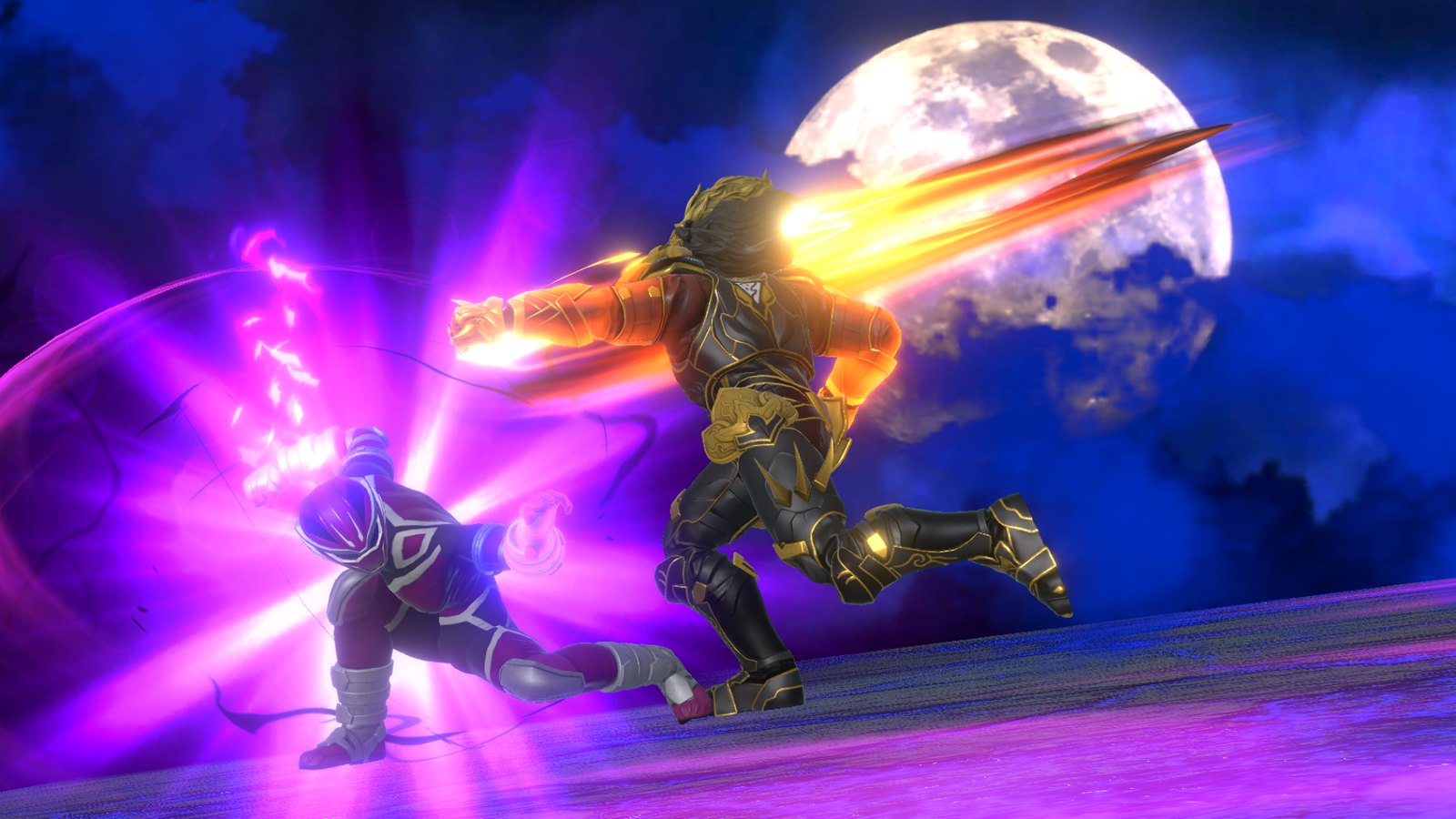 RJ’s fighting style is unique to the rest of the cast of Power Rangers: Battle for the Grid, as he’s much less reliant on weapons, with several of his normal and Special attacks inspired by his popular moves in the show and Muay Thai elbow and knee strikes.

For his primary Special attack, Wolf Wheel, RJ tosses out an energy disc in front of him that he can manipulate in a couple of ways. With an input of Special > forward Special, RJ projects the disc out in front of him, grabs it as he hurtles into the air, then slams the disc down at an angle. If the disc hits the ground, it ricochets and changes its trajectory.

Alternatively, with an input sequence of Special > back + Special, he blasts the Wolf Wheel straight forward as he charges his fist into it with his Backswing Bite special, for a powerful horizontal screen-clearing attack. 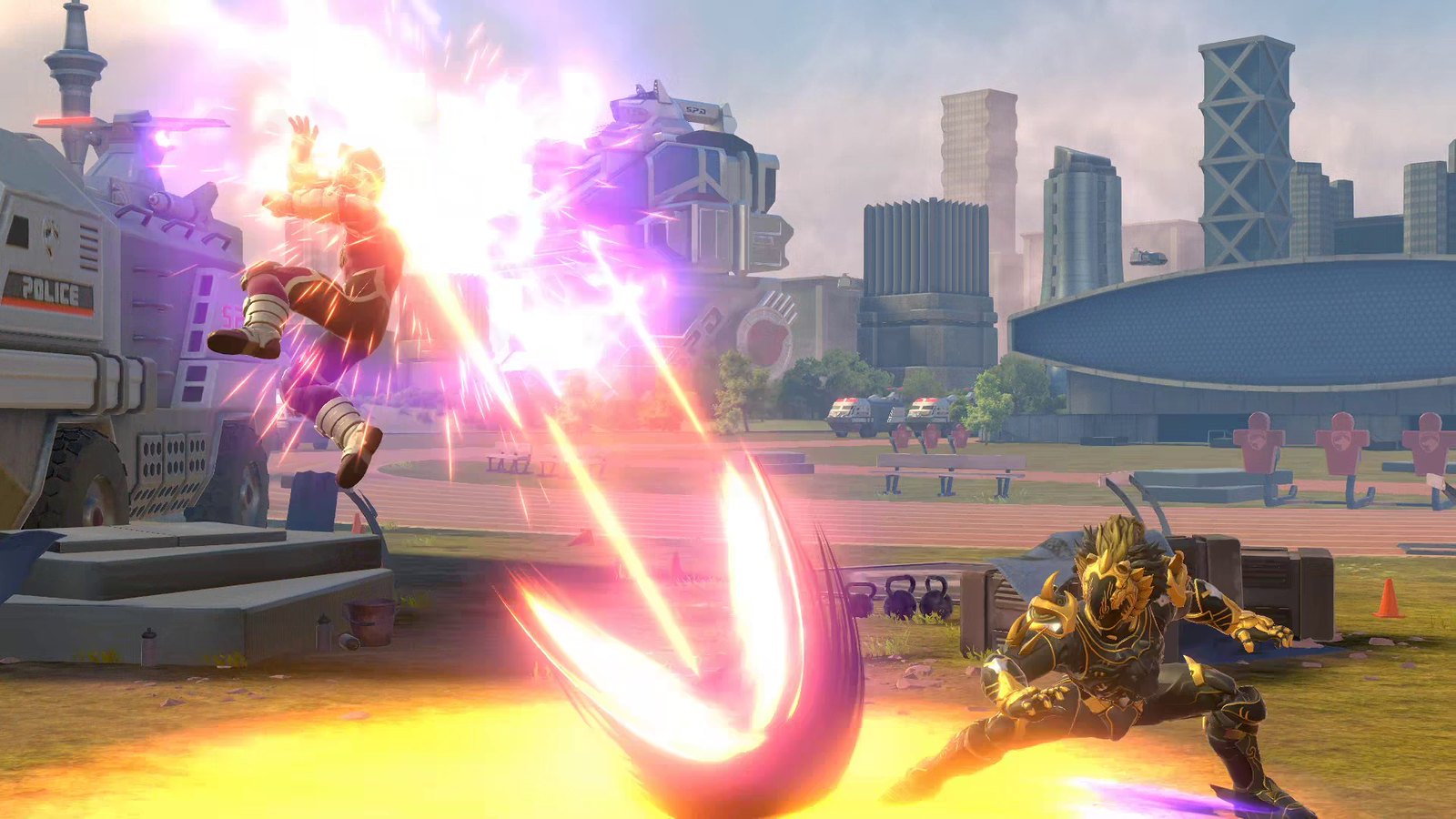 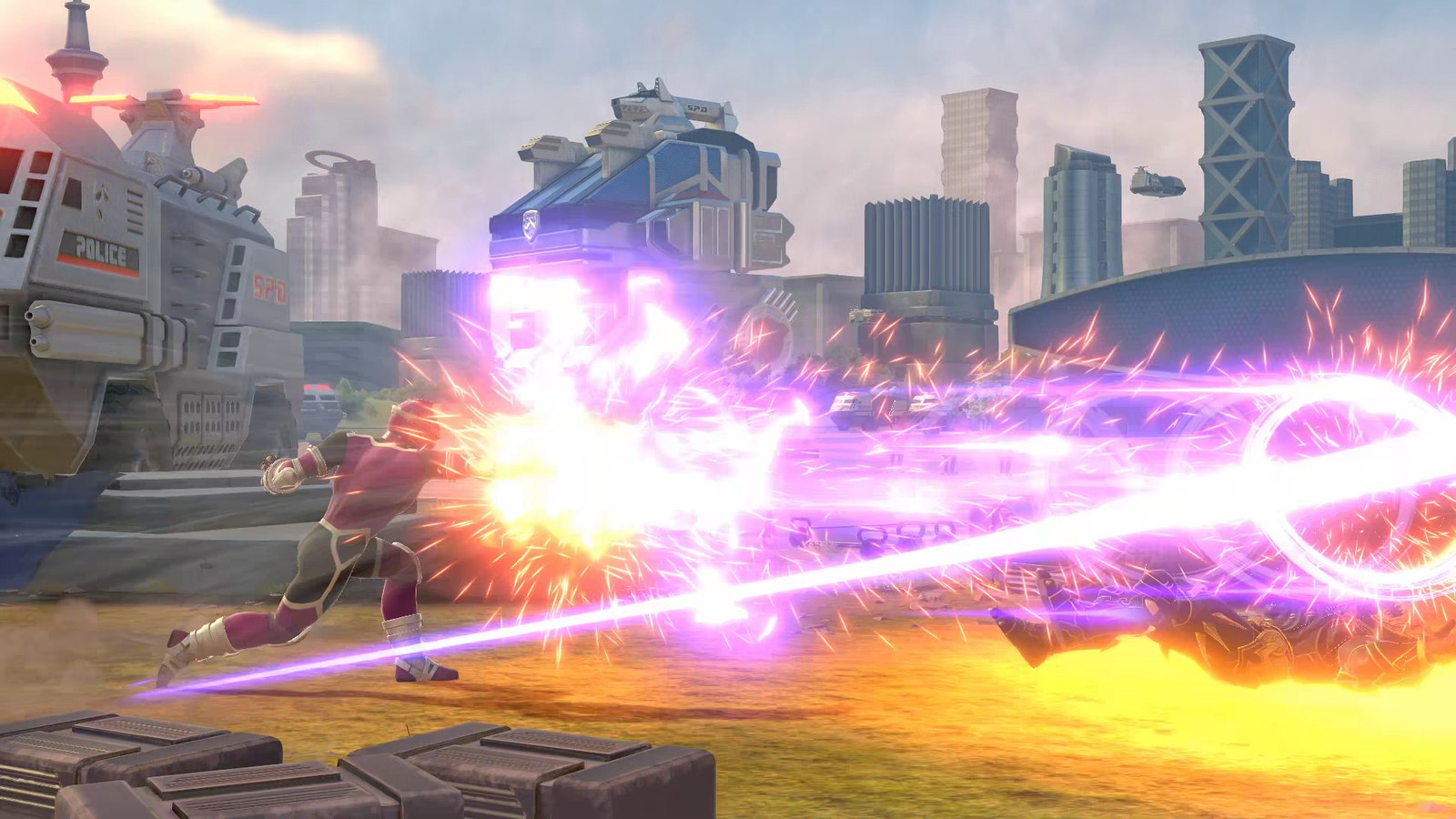 RJ’s air Special is a two-parter called Knee Crush and Wolf Crush. When Knee Crush makes contact, RJ bounces off, and if you hit Special again during this special back flip, RJ follows up with a heel kick.

Knee Crush is useful for its added aerial mobility thanks to its “double jump” effect, while Wolf Crush is great for applying pressure off of jump attack strings (jumping Heavy > Knee Crush > Wolf Crush, for example). 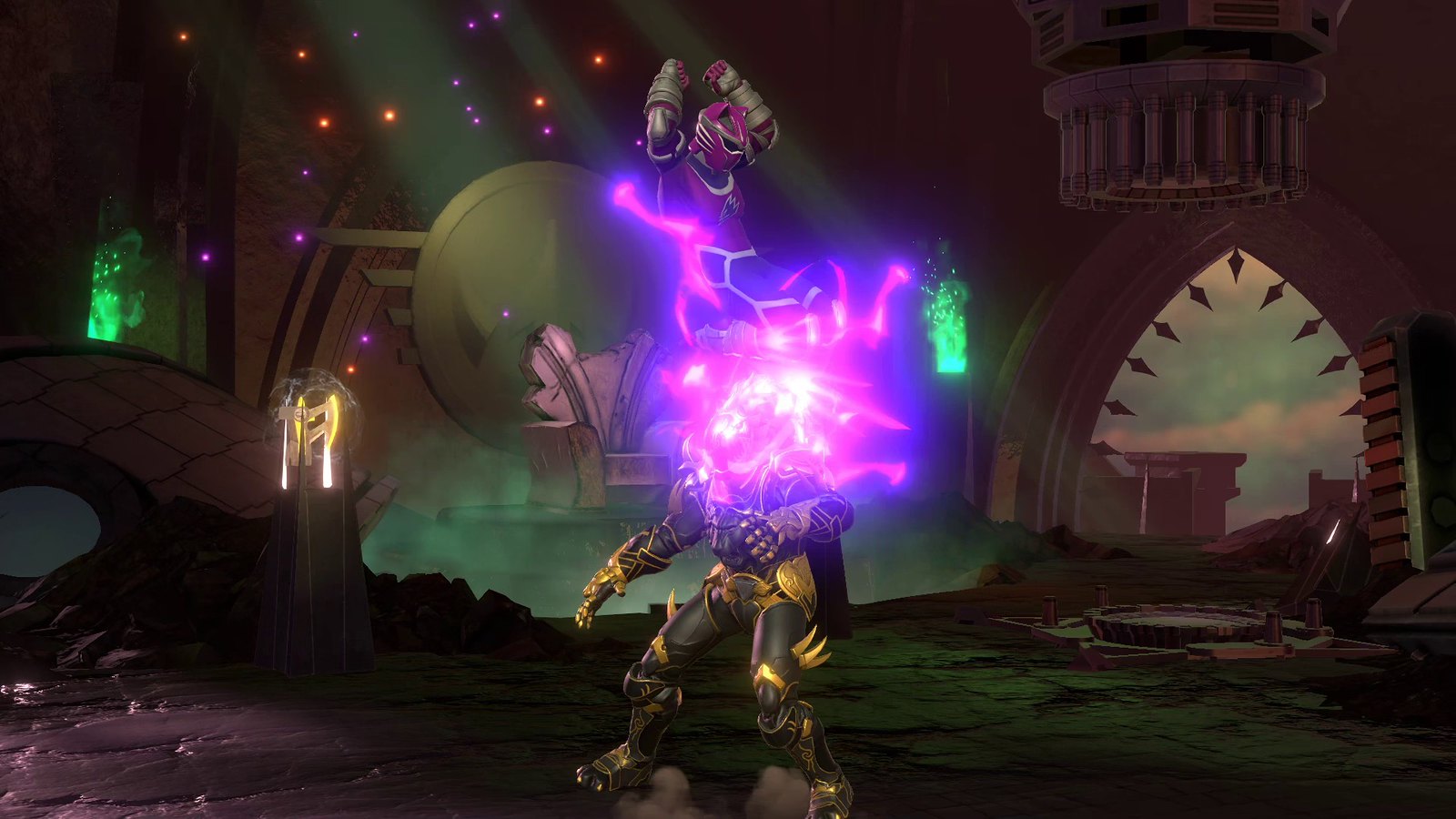 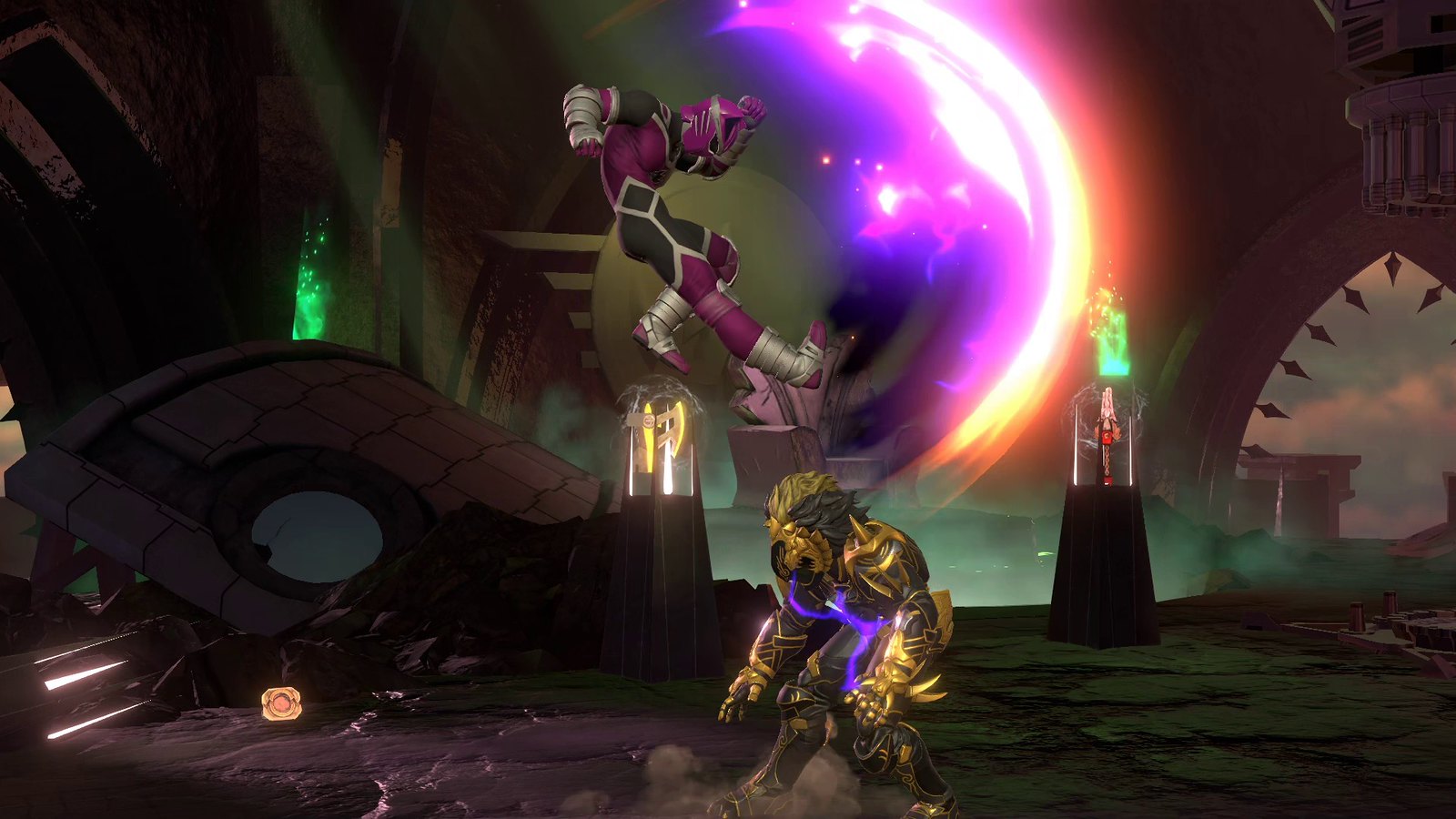 RJ’s Lunar Cyclone is a dual function Super move. If it hits up close successfully, it transitions into a Super cinematic, inflicting massive damage to the opponent. When performed from past point-blank melee range (or if the initial hit is blocked), RJ’s spiraling uppercut causes a gravity vortex that pulls all enemies into range (including assists)! 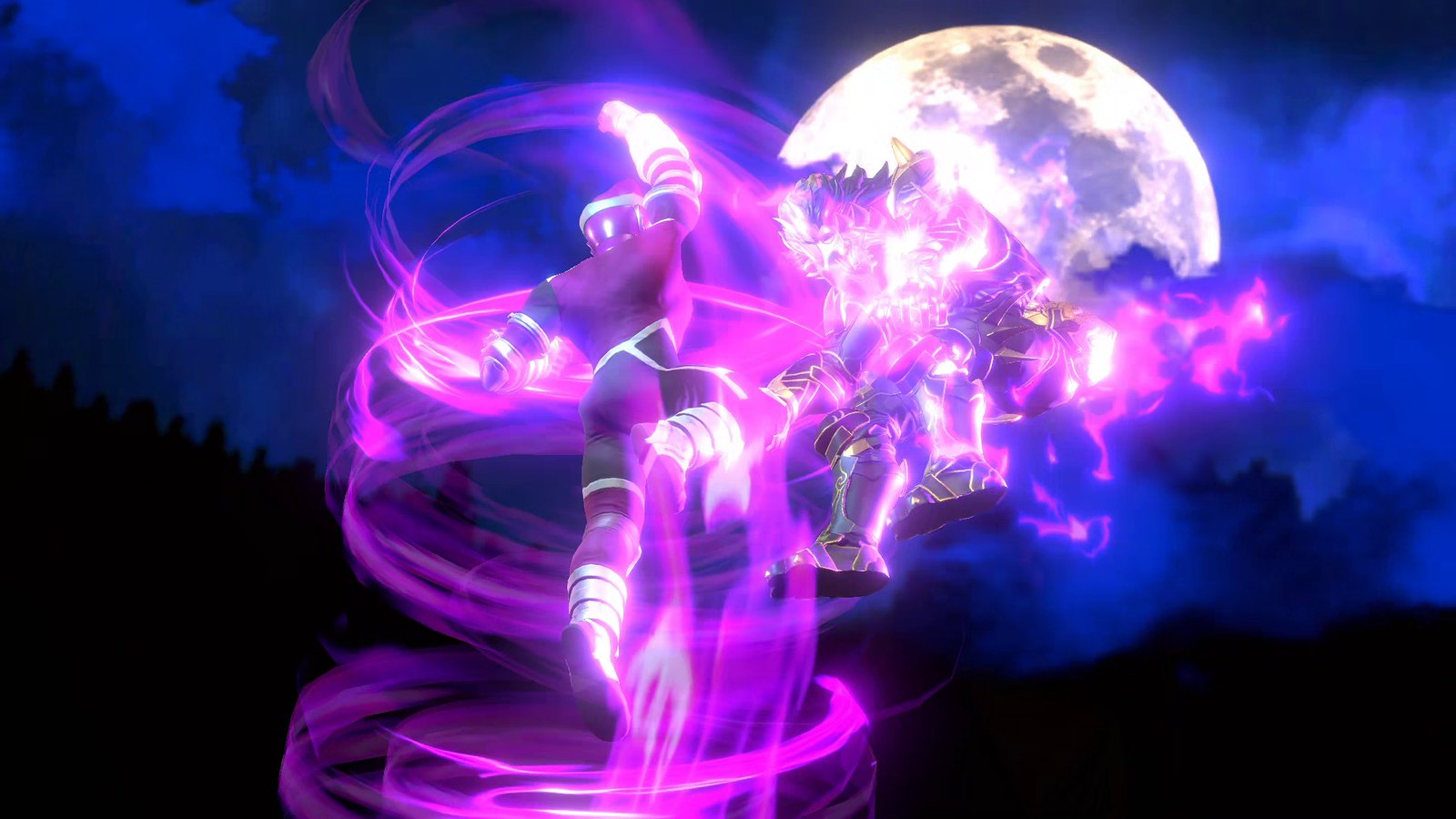 Since most of RJ’s ground normals are aggressive forward-lunging attacks, he makes for an effective rushdown brawler, especially if you back him up with a strong lockdown assist like Dragon Armor Trini’s Megabeam or Jen Scotts’s Forecast: Rain.

Once you condition the opponent into high blocking your target combos, switch it up and instead go for a standing Light > crouching Medium sequence for a mid to low near-instant 50/50 high/low mixup. 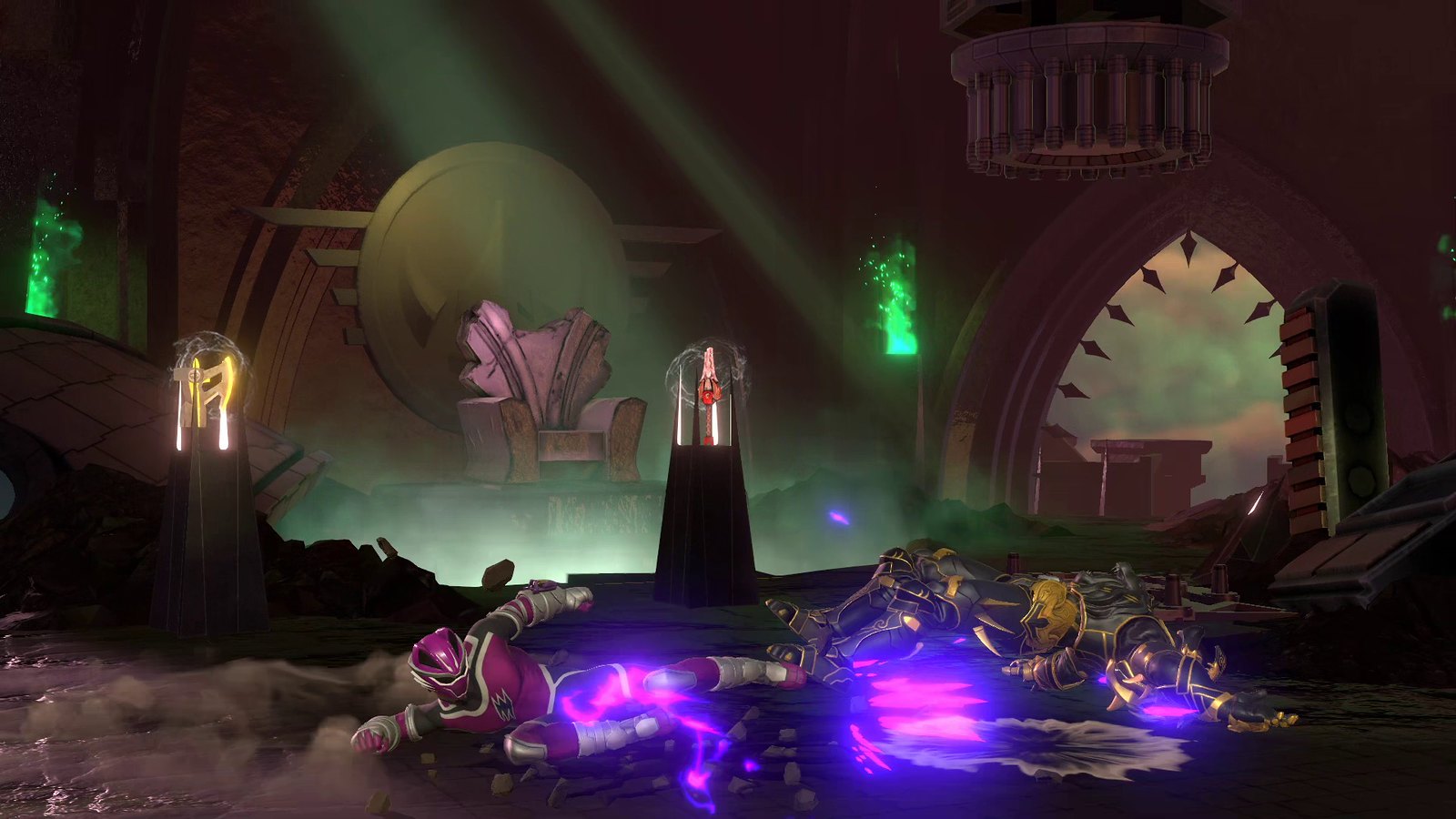 RJ’s assist is a modified version of his Wolf Wheel > Spike attack. It’s an excellent combo extender thanks to its guaranteed ground bounce effect. Additionally, if you take over as RJ while he’s mid-flight, you can come down swinging with an overhead jumping attack. This opens up some super tricky Assist Takeover shenanigans!

Now that you know a bit more about RJ’s backstory, fighting style, and gameplay strengths, show us what you’ve got in Power Rangers: Battle for the Grid! It’s morphin’ time!

Jump into the grid and play as RJ by installing Power Rangers: Battle for the Grid and its Season 3 pass, available now at Playstation Store.

1 year ago
1 year ago 9 hours ago
Flying Eze

Gear Up for Intense Battles in Mobile Suit Gundam Battle Operation 2, Out Tomorrow

Coordinate strategic strikes or go for an all-out barrage of attacks with fellow Mobile Suit pilots around the world. With teams of up to six people, you can explore different realistic battlefields on land and in space.

We’re naturally eager to learn more about the fully reimagined Final Fantasy VII Remake, which dramatically updates both the gameplay and the storytelling of the beloved original.