Hours before the venue was slated to open for 50 fans to watch the Vancouver Canucks take on the Montreal Canadiens, its owner said inspectors took issue with its service plan. Continue reading →

Vancouver’s Rio Theatre went ahead with a plan to re-open as a sports bar Saturday amid COVID-19 restrictions shuttering movie theatres, but not without hiccups.

The venue announced the switch this week, arguing that provincial restrictions that ban cinemas but permit sports bars are unfair. The Rio has both liquor and food service licenses.

But hours before the venue was slated to open for 50 fans to watch the Vancouver Canucks take on the Montreal Canadiens, owner Corrine Lea said inspectors took issue with its service plan.

“They were wanting all the customers to come in and sit down, and we would have to serve them,” she said.

“So a person would have to come and take their order in their seat, and they’d have to pay there, we’d have to bring them their popcorn and their drinks, instead of doing the counter service that we normally do.” 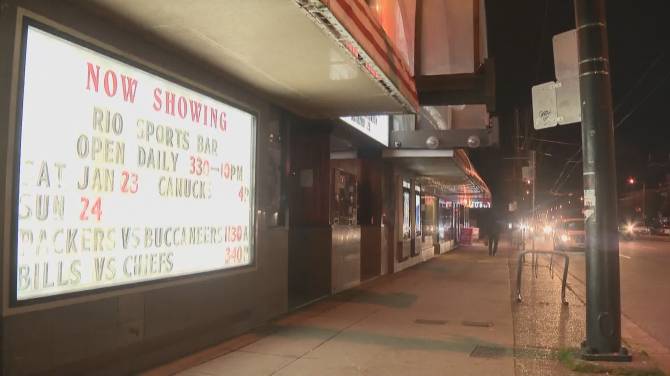 Lea argued the theatre, which already had a COVID-19 safety plan from the summer months, when it was allowed to be open, is actually safer than a bar or restaurant where a server must approach multiple different groups of customers.

She also contrasted her model with that of coffee shops, which allow people to buy product at the counter and take it to their tables.

“When people come to order at the counter, there is a glass barrier, you are not engaging with my staff, you are at a safe distance, it keeps everyone safe,” she said.

“This whole decision of keeping cinemas closed is wrong, it is not safer at a bar than a cinema.” 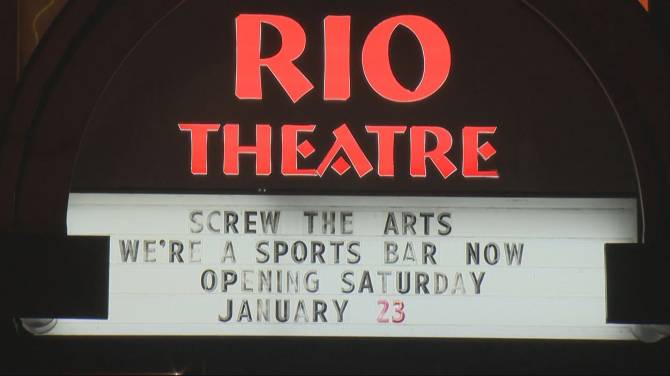 Lea said the arts and culture sector has tried to raise its concerns with Henry and her office, but has not received any reply.

The theatre went ahead with the game screening, with fans purchasing snacks and ordering drinks at the counter, but with staff delivering the beverages to customers in their seats.

Lea said after Saturday she will have to wait and see how to proceed.

“We’re just doing what we can to stay alive,” she said.

“This is getting ridiculous.”