Protests are planned for Tuesday afternoon in at least 20 Alberta communities asking for a return to youth sports. Continue reading →

Protests have been planned for Tuesday afternoon in at least 20 Alberta rural communities regarding the provincial restriction prohibiting team sports amid the pandemic.

They are being organized by the president of the Bentley Minor Hockey association who is spearheading the lethemplayprotest.org grassroots movement.

“This is not a protest against COVID,” said Bobby McKinlay, president of the Bentley Minor Hockey Association. “This is a protest for the kids to get a chance to share exactly how they are feeling about the injustice of what’s going on,”

McKinlay said he worries about the lack of physical activity kids have been getting since team sports have been cancelled, as well as their emotional well-being.

“The arena is like a second home to most kids especially in my community. It’s a safe place for them to interact with their friends,” McKinlay said. 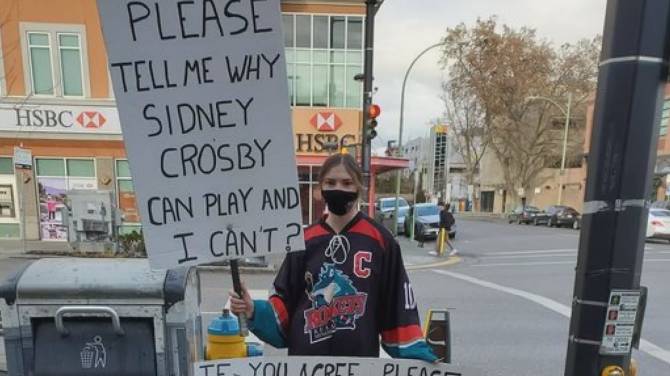 Team sports are currently prohibited in Alberta as part of the province’s public health measures to curb the spread of COVID-19.

He has sent letters to his MLA and to the premier’s office asking that team sports be allowed to resume with strict protocols in place.

“Just give them a chance — even if it be with severe restrictions — giving them a chance to at least get back to practice before the arenas are pulled and it’s too late and we are wondering what happens for next year already.

“I know Hockey Alberta is working hard on ways to go about this. There has got to be a way that we can save this season for these kids. Hockey is not the only one hurting here,” McKinlay said.

Read more: COVID-19: No clear answer on when Alberta’s public health restrictions will be lifted

Last Friday Indus Minor Hockey Association cancelled their current season due to the costs associated to keep our home arena open, according the the association.

“User groups of the arena were asked to contribute to the facility costs to keep the ice in and with no end in sight on restrictions, we chose to cancel our season and save our families money,” said Indus Minor Hockey Association president Kelly Watkiss said.

McKinlay is asking all protest participants to wear a mask and to practice physical distancing.

“There’s not just a small amount of people feeling the way I am feeling.” McKinlay said.

Parents are encouraged not to take part in the march — just to sit in their vehicles and honk horns and take pictures — although McKinlay said younger children may require an adult to accompany them. 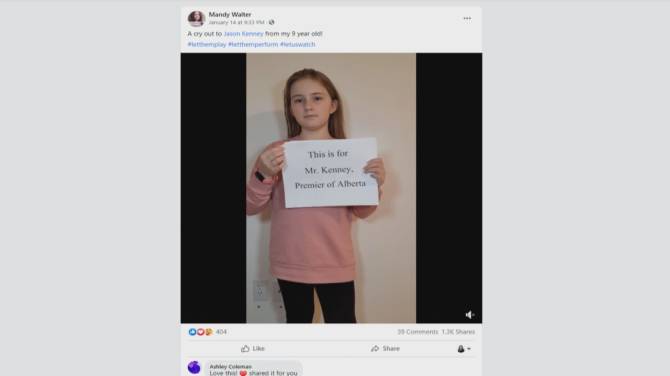 Hockey Calgary is continuing to work behind the scenes with its governing body, Hockey Alberta, in an effort to show that they can run a safe program.

“We believe that we were quite successful in doing this in Calgary until the shutdown in mid November, but we also understand that we must support the health experts to ensure the safety of all Albertans during this pandemic,” said Hockey Calgary executive director Kevin Kobelka.

“Unfortunately we are at the point where we may need to make decisions on the continuation of the ‘Traditional Hockey Season.'”

Kobelka said a typical minor hockey season ends in early to mid-March and if players are not back on the ice in the next couple of weeks, “We may need to make decisions on if, and how we start up should facilities be re-opened.”

Late last week Hockey Calgary sent a survey to all hockey families regarding the potential continuation of the season.  The survey closed on January 25, and Hockey Calgary is in the process of reviewing the results.

Kobelka said he hopes to be able to share this information with the membership later this week.