Potential overabundance of satellites in space could impact view of stars: article

Starlink has launched thousands of satellites as part of its plan to improve global internet access. However, this plan could affect the ability to stargaze. Continue reading →

On a clear summer night, people in Saskatchewan have more than likely gazed upon the endless amount of stars that fill up the night sky.

However, a recent article published by University of Regina (U of R) astronomy assistant professor Samantha Lawler says because of SpaceX’s mission to improve global internet access, there could potentially be thousands more satellites occupying the night sky.

So far, there have been 12,000 satellites launched in the constellation. Lawler says SpaceX wants to add another 30,000 more.

“SpaceX is in the process of launching a consolation of satellites called Starlink,” Lawler says. “The Starlinks’ that have been launched so far are far brighter than about 99 per cent of current satellites.”

She adds this is due to their lower orbits, proximity to Earth’s surface and being more reflective than Starlink engineers thought.

Lawler says the satellites will affect the ability to see stars for the northern U.S., Canada and most of Europe.

“They will be extremely visible,” Lawler says. “Saskatoon is at one of the worst latitudes. For a couple of hours after sunset and a couple of hours before sunrise, a person would see more satellites than stars.”

Lawler says other companies want to follow in SpaceX’s footsteps.

She says right now there are about 3,000 active satellites in orbit. In addition to roughly a thousand Starlinks.

In the article, Lawler says there are no laws on orbit crowding, right-of-way, or space cleanup for debris from dead satellites. 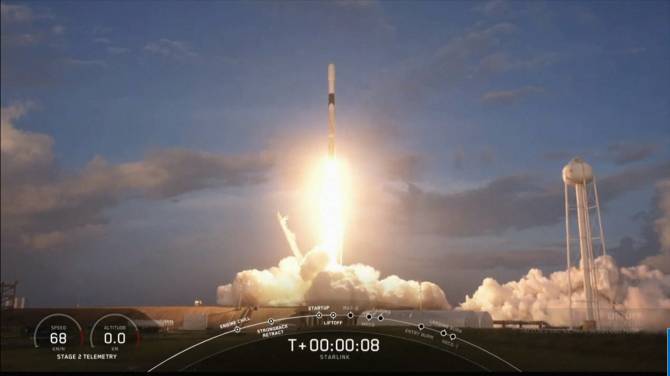