We’re very proud to be announcing the next phase of the Common Voice project. It’s now available for contributors in three new languages, German, French and Welsh, with 40+ other languages on their way! But this is just the beginning. We want Common Voice to be a tool for any community to make speech technology available in their own language.

Speech interfaces are the next frontier for the Internet. Project Common Voice is our initiative to build a global corpus of open voice data to be used to train machine-learning algorithms to power the voice interfaces of the future. We believe these interfaces shouldn’t be controlled by a few companies as gatekeepers to voice-enabled services, and we want users to be understood consistently, in their own languages and accents.

As anyone who has studied the economics of the Internet knows, services chase money. And so it’s quite natural that developers and publishers seek to develop for the audience that will best reward their efforts. What we see as a consequence is an Internet that is heavily skewed towards English, in a world where English is only spoken by 20% of the global population, and only 5% natively. This is increasingly going to be an accessibility issue, as Wired noted last year, “Voice Is the Next Big Platform, Unless You Have an Accent”.

Inevitably, English is becoming a global language, spoken more and more widely, and this is a trend that was underway before the emergence of the Internet. However, the skew of Internet content to English is certainly accelerating this. And while global communications may be becoming easier, there is also a cultural wealth that we should preserve. Native languages provide a deeper shared cultural context, down to the level of influencing our thought patterns. This is a part of our humanity we surely wish to retain and support with technology. In doing so, we’re upholding a proud Mozilla tradition of enabling local ownership by a global community: Firefox is currently offered in 90 languages (and counting), powered by volunteers near you. 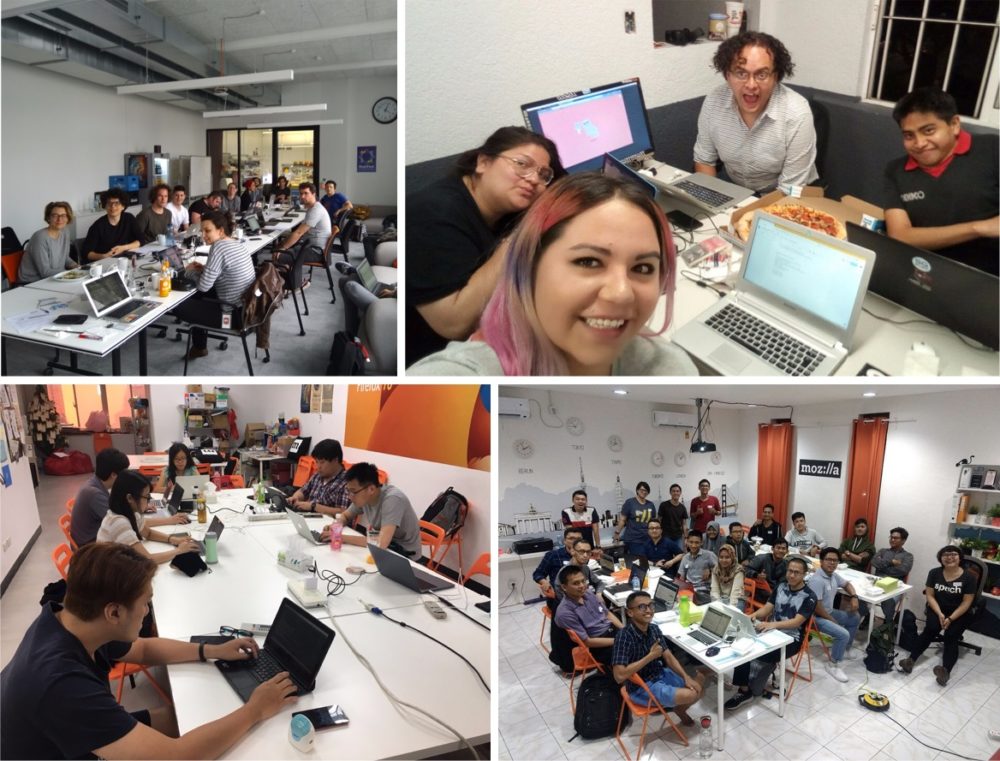 With Common Voice it’s the same volunteer passion that drives the project further and we’re grateful for all contributors who already said, “We want to help bringing speech recognition technology to my part of the world – what can we do?”. It is the underlying stories which also make this project so rewarding for me personally:

In Indonesia 20 community members came to our community space in Jakarta for a meet-up to write up sentences for the text corpus that will become the basis for voice recordings. They went into overdrive and submitted around 4,000 sentences within two days.

In Kenya a group of volunteers interested in Mozilla projects found out about Common Voice and started both localizing the website and submitting sentences in Swahili, Jibana and Kikiyu, all highly underrepresented languages, which we’re extremely happy to support. This is in addition to working with language experts in these communities like Laurent Besacier, the initiator of ALFFA, an interdisciplinary project bundling resources and expertise in speech analysis and speech technologies for African languages.

If we look at the country where I’m from, there has been one particular contributor to the Common Voice github project since the very early days. He originally contributed to the English effort, but he is German and wanted to see Common Voice come to Germany. He set himself on a strict schedule, wrote a few sentences every day for the next 6 months (while commuting to school or work), and collected 11,000 (!) sentences, ranging from poetry to day-to-day conversations.

Speaking of which: Another German contributor joined the Global Sprint in our Berlin office, utterly frustrated about a lengthy but fruitless discussion at the post office (Sounds familiar, Germany?). He may not have gotten his package, but I’d like to believe he had his personal cathartic moment when he submitted his whole experience in written form. Now Germans everywhere will help him voice his frustrations.

These are only a few of many wonderful examples from around the world – Taiwan, Slovenia, Macedonia, Hungary, Brazil, Serbia, Thailand, Spain, Nepal, and many more. They show that anyone can help grow the Common Voice project. Any individual or organization that has an interest in its native language, or an interest in open voice interfaces, will find it worth their while. You can contribute your voice at https://voice.mozilla.org/en/languages, or if you have a larger corpus of transcribed speech data, we’d love to hear from you.

Common Voice complements Mozilla’s work in the field of speech recognition, which runs under the project name “Deep Speech“, an open-source speech recognition engine model that approaches human accuracy, which was released in November 2017. Together with the growing Common Voice dataset we believe this technology can and will enable a wave of innovative products and services, and that it should be available to everyone.