Override 2: Super Mech League is a competitive mech brawler from Modus Games set to make its towering release on PlayStation 4 this December and PlayStation 5 later this year.

Override is a 3D mech-based brawler, where players control skyscraper-sized mechs and duke it out across various game modes ranging from 2 to 4 players.

In the original, Override: Mech City Brawl, these giant mechs were created to eradicate an alien threat known as the Xenotypes. Seven years after the Xenotype invasion has ended, the colossal machines that were once the planet’s defenders, are now the world’s entertainers in global sports style combat. In the sequel, you’ll start as new mech pilot honing and displaying their skills to rise through the competitive ranks of the Mech Leagues.

The first Override captured the pure essence of controlling a gigantic mech and leveling cities. In Override 2, punches, kicks, and ultimate attacks all have an improved weight and impact to them.

Battles will take place in arenas located around the globe, all including unique and interactive environmental hazards. These features include fiery lava geysers, electrifying mines, and explosive canisters that can be picked up and thrown. The goal we’re striving for in Override 2 is in service of amping up intensity with quicker and more thrilling battles.

Override 2 includes 20 mechs at launch with a handful of brand-new mechs and a revamped set of returning bots. One of the new mechs making their debut is Aura, a deadly, but graceful brawler with powerful and mesmerizing ranged attacks. Sprinkles is also a newcomer with a certain ‘sweetness’ to her moves and is equipped with a gigantic gum ball cannon powerful enough to batter metal.

Override 2 features a slew of match types including 1v1 ranked, 2v2 matches, and free for all battles of up to four players locally and online. We’re also excited to share new game modes such as King of the Hill, where players must lock-down and control points of an arena. Xenoswarm is also a new coop game mode pitting you against hordes of Xenomechs, machines that were created to simulate the past alien threat! 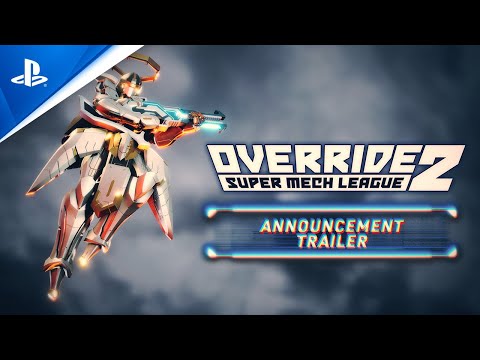 Override 2: Super Mech League features a unique and loveable roster of mechs with gear-smashing abilities and stylish finishers, and arrives this year for both PS4 and PS5.

Live out your own nature documentary in Away: The Survival Series, coming in 2021

When we set out to create Away: The Survival Series, we wanted to make a game that immerses you in your own personal nature documentary. A game where you get to experience nature from the eyes of an animal. Well, after four years of development, we’r...

Since the launch, Auto Chess has had significant influence all over the world with its novel gameplay and strategic competitive features. It has also attracted tens of millions of players around the world. Each player can play with other players from...