0
This is the November 2016 edition of This Month in WordPress with CodeinWP (#WCUS Edition).

What a month it was for WordPress people, and especially in the US! In case you don’t know, the end of November marked another annual WordCamp US event. It all took place in Philadelphia, in the awesome Pennsylvania Convention Center. Almost the whole Themeisle team was there as well, having a blast and enjoying the vibe to the fullest!

So, since we lived and breathed WordCamp US for the bigger part of the last month, we want to make this edition of the monthly news series all about #WCUS and things related.

If you missed the conference then you definitely shouldn’t miss this post. We summed up the main headlines for you: This Month in #WordPress with CodeinWP - November 2016 - the #WCUS edition Click To Tweet

Matt Mullenweg State of the Word, 2016

When it comes to all WordCamp US related events, we simply must start with the State of the Word. As usual, Matt Mullenweg’s talk was very interesting and was able to catch everyone’s attention.

If you were not in Philadelphia this year, or you somehow missed the talk despite being around, you can watch it in full over on WordPress.tv Expect valuable information, humor, stats, questions, and … poetry.

Some highlights that Matt brought up:

And speaking of the State of the Word, this brings us to something that was announced there: 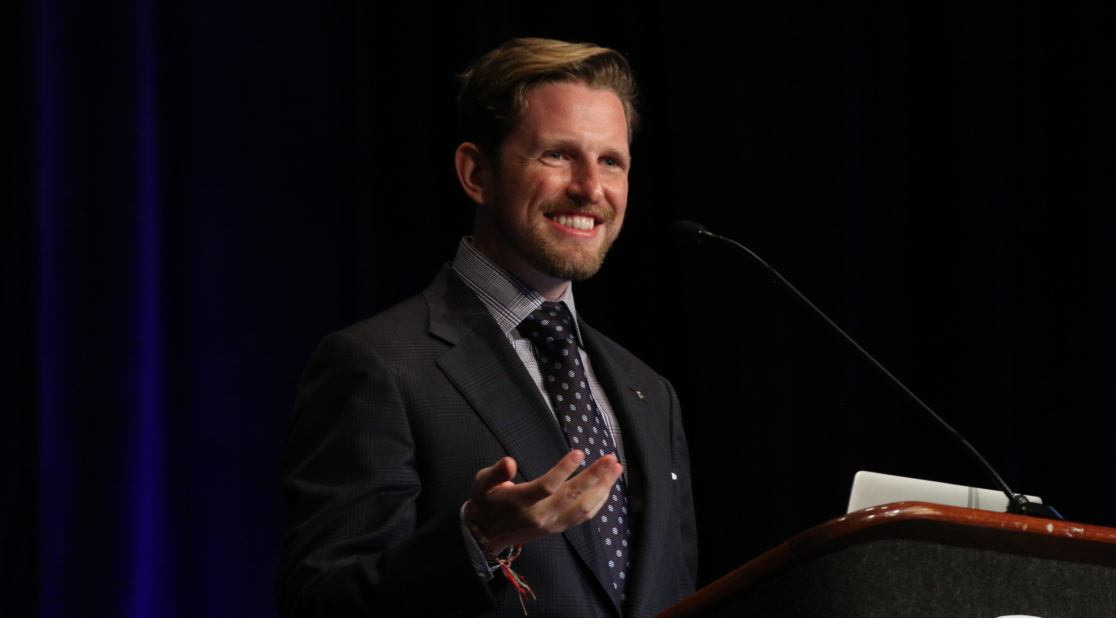 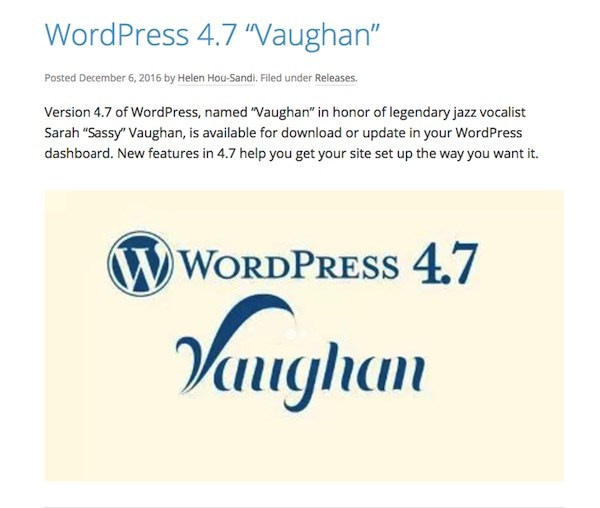 The new version of WordPress – “Vaughn” – was just released a couple of days ago. Helen Hou-Sandi, the coordinator of this project, gave us a talk for the State of the Word, in which she presented the new features and the team who worked on it during the past months.

A new default theme, a better menu handling, the (long-awaited) REST API inclusion, “sleeper hits” – these are just a couple of the improvements that came with the latest release.

More than 475 contributors added their work to version 4.7, of which 200 were first-time contributors. WordPress 4.7 even had its own presentation video, played Saturday in front of 2000 attendees.

We’re almost reaching the finish line of this year, and we’re leaving it on a positive note. WordPress now powers over 27% of the web, which is a noticeable improvement over the previously reported 25%. 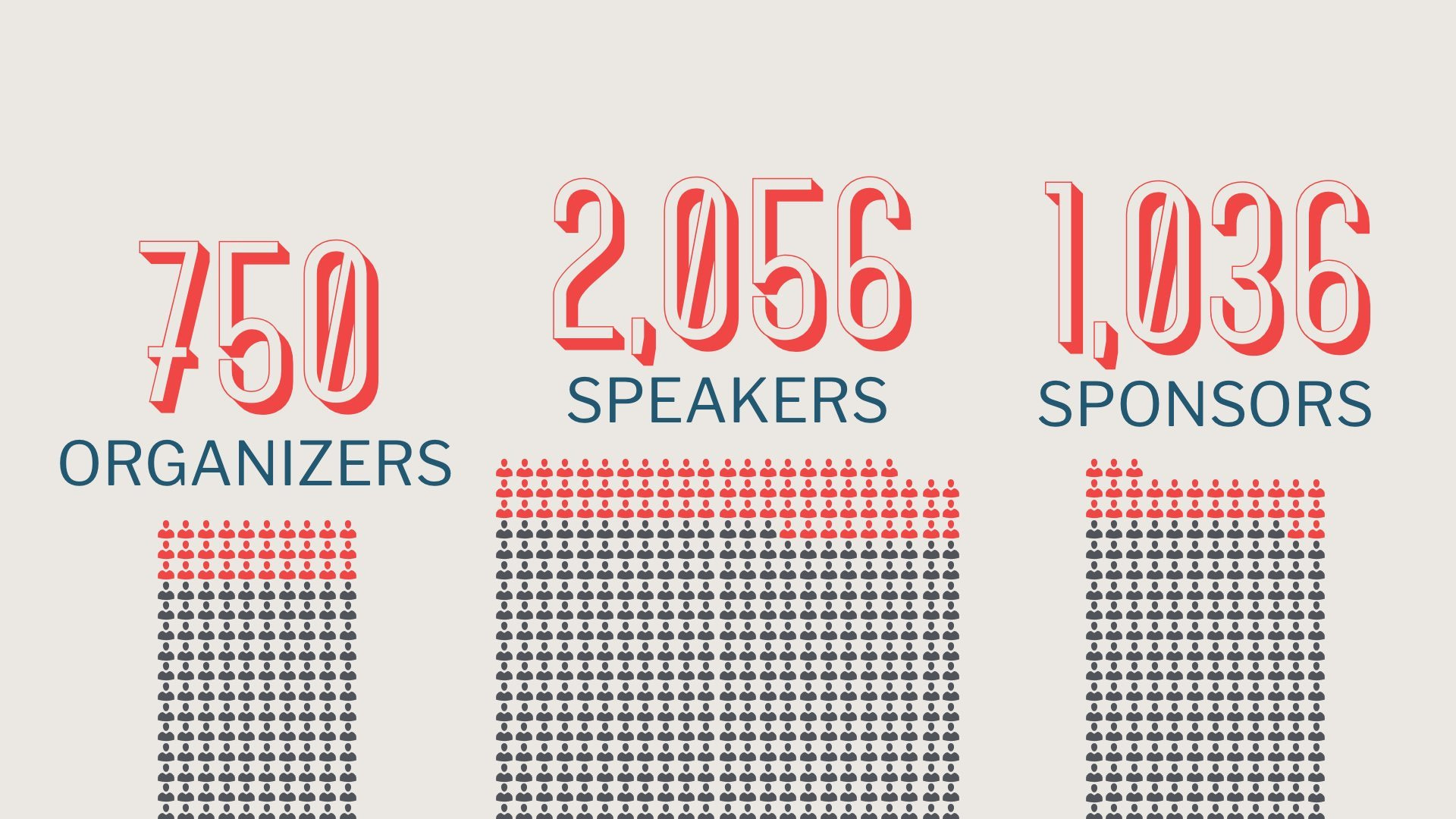 WordCamps and meetups in 2016

Curious about more numbers? Matt Mullenweg brought up some very interesting stats on all types of WordPress gatherings and meetups, be it local or international. When it comes to those, it’s the fastest growth we’ve seen in the last 5 years.

Impressive, isn’t it?
Pantheon gets banned and removed from sponsors list

Alhough not very positive, this was the big news story during the first day of the event. Web hosting company Pantheon was allegedly banned as a sponsor after breaking an internal rule set by WordCamp organizers.

It’s alleged that Pantheon refused to take down their brand name advertising from a hotel that was a WordCamp “private space.”

I wonder what’s your opinion on this? Feel free to speak up in the comments. 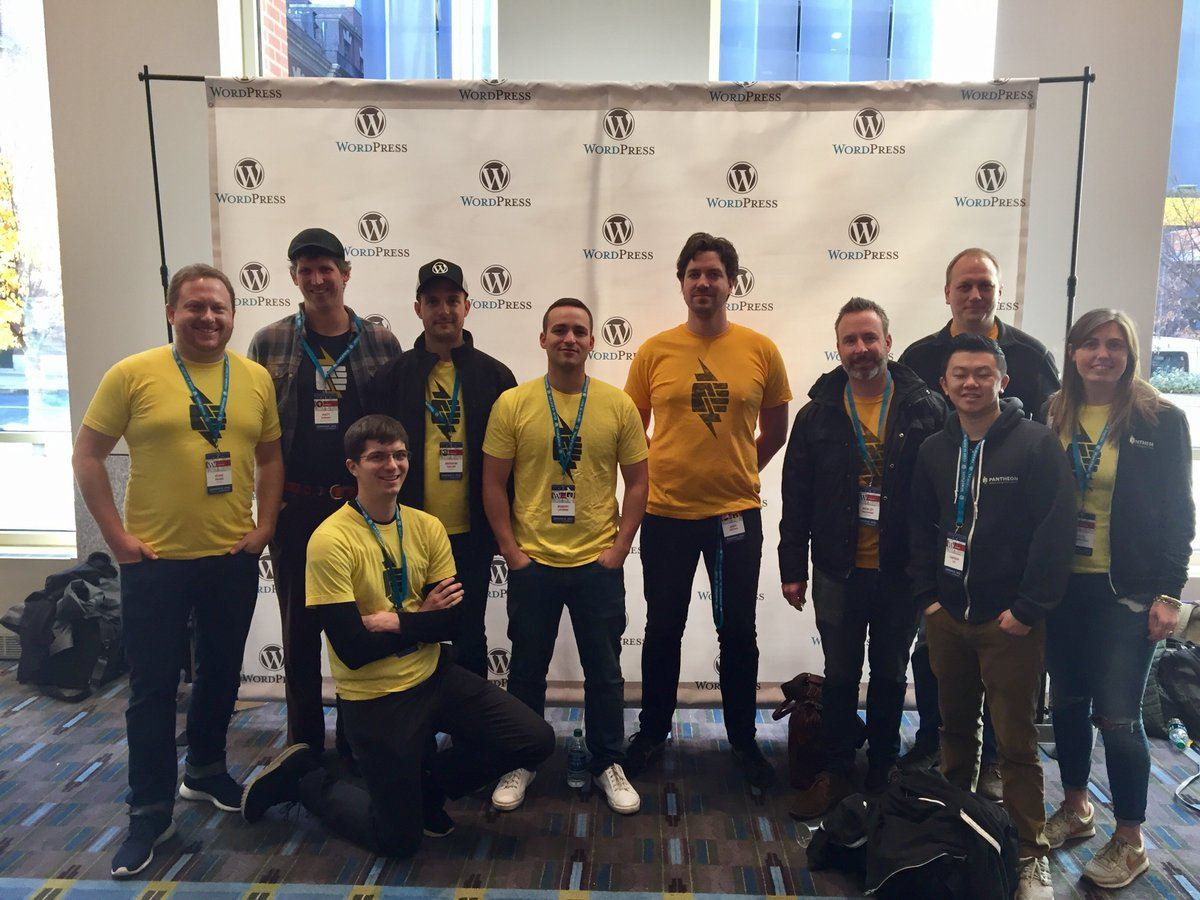 What the people say about WordCamp US

Everybody surely loves them some tweets! Here’s what was going on in Philly on day 1, as seen on Twitter.

More of the same … this time all about day 2. Important note, day 2 also included the awesome after party. You can see some comments about that in these tweets too.

The ManageWP guys share their thoughts on the event. The cool thing is that they cover every individual day, plus also all the WCUS-related extra events that took place (and there were plenty).

The official WordCamp US site managed to keep up with the most interesting speaker quotes of WCUS. Check them out!

This post covers everything: the talks, Matt’s speech, the hall track, the parties, the lunches, and everything else that happened between the Pennsylvania Convention Center walls and beyond. WordCamp US Wrap Up – Best of the Best

The WebDevStudios team recaps the event, along with an awesome photo gallery. One thing’s for certain, they surely did enjoy Philly this year!

Chris Edwards seemed to have a very great time in Philadelphia too. Spoiler alert! The post is full of awesome images (both from WC and Philly city pics too)!

Meeting The US Community

Here’s Alain’s input on how he enjoyed meeting the US WordPress community. Alain didn’t only attend the WordCamp sessions, but he also took part in the PostStatus “Publish” event, which took place the day before WCUS. See how things went there.

WordCamp US 2016 recap: thank you for the seat at the table

Another recap post that’s full of images, thoughts on the event, and even a video from Saturday night’s karaoke. Yeah, we had that as well… Also, nice metaphor, Andy!


By the way, don’t miss our own review, which will be up this week. We did take some days off in NYC after the event, but upon coming back we do want to share our volunteer experience, our projects during the WordCamp, the events we attended and more. Stay tuned!