Timing is a key issue in Newfoundland and Labrador election

By going to the polls now, Newfoundland and Labrador Premier Andrew Furey has raised suspicions that his motives are not totally transparent. Continue reading →

The premier of Newfoundland and Labrador is trying to reassure residents that he’s not being sneaky.

On Jan. 15, Premier Andrew Furey called a provincial election for Sat., Feb. 13. The election call launches an unusual campaign, one that will unfold in the dead of winter and the midst of a pandemic.

Furey, a surgeon who comes from a prominent Newfoundland political family, became premier in August after he won the contest to become leader of the Liberal Party of Newfoundland and Labrador.

He cites legislation that forces him to seek a mandate from voters within a year of assuming the position.

“There’s always an excuse not to have an election. But, democracy has to proceed and this is the law. I didn’t make the law. But, I said from day one, I’m gonna follow the law, and I’m following the law now.”

Read more: Newfoundland and Labrador to go to polls on Feb. 13

Furey could have waited until later this year. By going to the polls now, Furey has raised suspicions that he’s not being totally transparent.

Critics like Ches Crosbie, leader of the Progressive Conservative Party of Newfoundland and Labrador, say that Furey is trying to snatch victory before the upcoming release of a review into the province’s horrid finances — a review that could lead to cuts and job losses.

Alex Marland, a political science professor at Memorial University, says the issue is a political landmine for Furey.

“It’s never good when you are a political party or a governing party and you are hiding things,” Marland says.

“So as long as you’re hiding things, the opposition can say there’s a wicked, evil, hidden agenda here and that plays to people’s fears. So that’s where it’s a serious problem for the liberals. They need to get a handle on that issue.”

Furey suggests the province needs tough medicine. But he insists fears of the economic review are overblown.

“First of all, there is no report. There hasn’t been a pen to paper.” 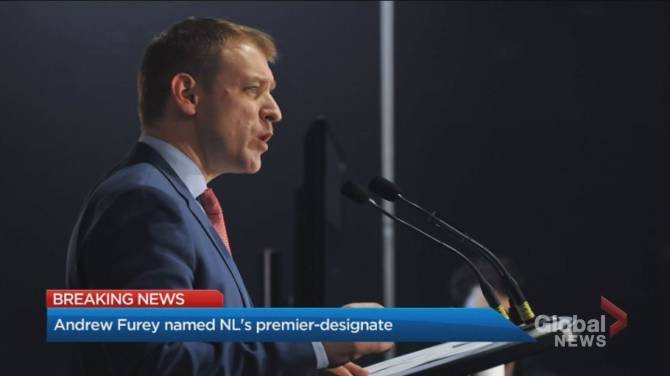 Public opinion polls suggest Furey is poised to go from minority to majority, riding the wave of that province’s success against COVID-19. So far, premiers who’ve gone to the polls during the pandemic have all been successful.

“We put faith in our leaders because we have to because we’re in an emergency situation and we need some sort of guidance.”

Newfoundlanders must now decide if they, too, will place their faith in the incumbent party.