As Toys for Bob broke down during State of Play, Crash and friends are bending their multiverse’s reality to pull out all the stops for Crash Bandicoot 4: It’s About Time, coming this fall to PlayStation 4 and PlayStation 4 Pro.

Here’s everything that was revealed today ahead of the game’s October 2 release date:

Dingodile is back… And he’s playable!

Imagine, if you will, a simple man – scratch that – half dingo, half crocodile, who decides to retire his old ways of singeing and exploding bandicoots for nefarious needs in favor of living out a lifelong dream:

But alas! Our poor Dingodile’s prized possession is destroyed before his very eyes, and our villain-turned short-order cook is sucked into another dimension!

Well, it’s about time for him to find out what went wrong. In addition to Neo Cortex, you’ll be able to play full levels and alternate timelines as Dingodile. While Cortex turns enemies into platforms and gelatinous blobs with his blaster, Dingodile takes a more… brute force approach. Having turned in his flamethrower for a vacuum gun, Dingodole can suck up TNT barrels and launch them with expert precision, blowing up anything that stands between him and his ticket home.

This is all in the name of retribution for his ill-fated diner, so help him out and he’ll happily shove right back off to his retirement. 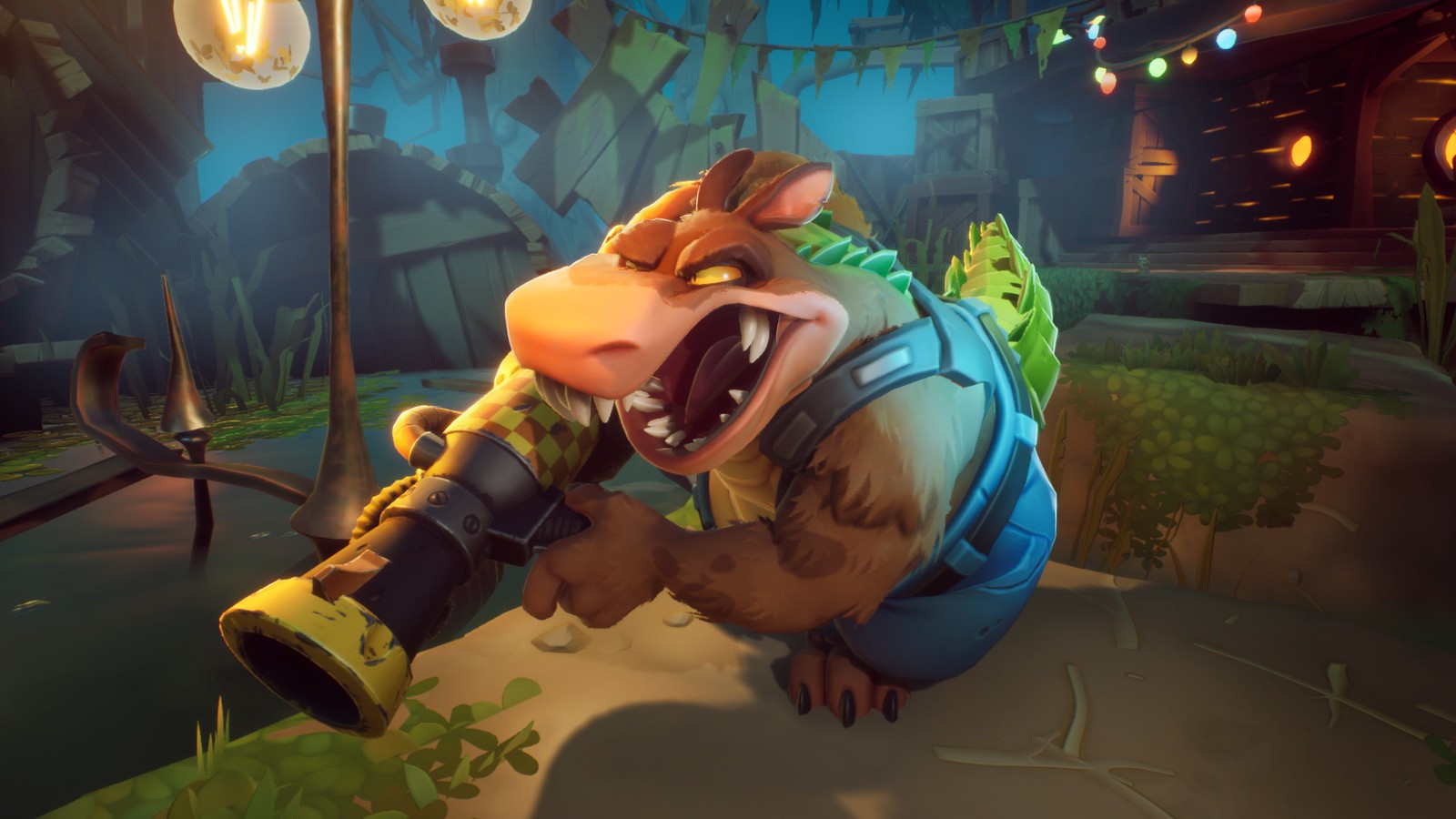 Earnable Skins (er… furs?) to show off your achievements

During the original trilogy, Crash and Coco sometimes donned outfits to blend into their time period or environment. For example, if our marsupial had to race a bunch of rough biker folk, he would suit up in his most menacing leather jacket, as he may have stuck out like a sore, furry, orange thumb if he went in au natural (including his shorts and shoes, of course).

For It’s About Time, Toys for Bob have combined the fun cosmetic changes for Crash and Coco with the challenge of earning gems or completing specific tasks. Now, Crash and Coco have dozens upon dozens of costumes and wacky outfits to wear across any level, adding another level of zaniness to the N. Sane nature of Crash Bandicoot 4: It’s About Time.

Consider these marks of achievement within the game; whenever you earn a skin, it’s a sign of accomplishment for the skill it took to outfit Crash or Coco with it. And speaking of achievements… 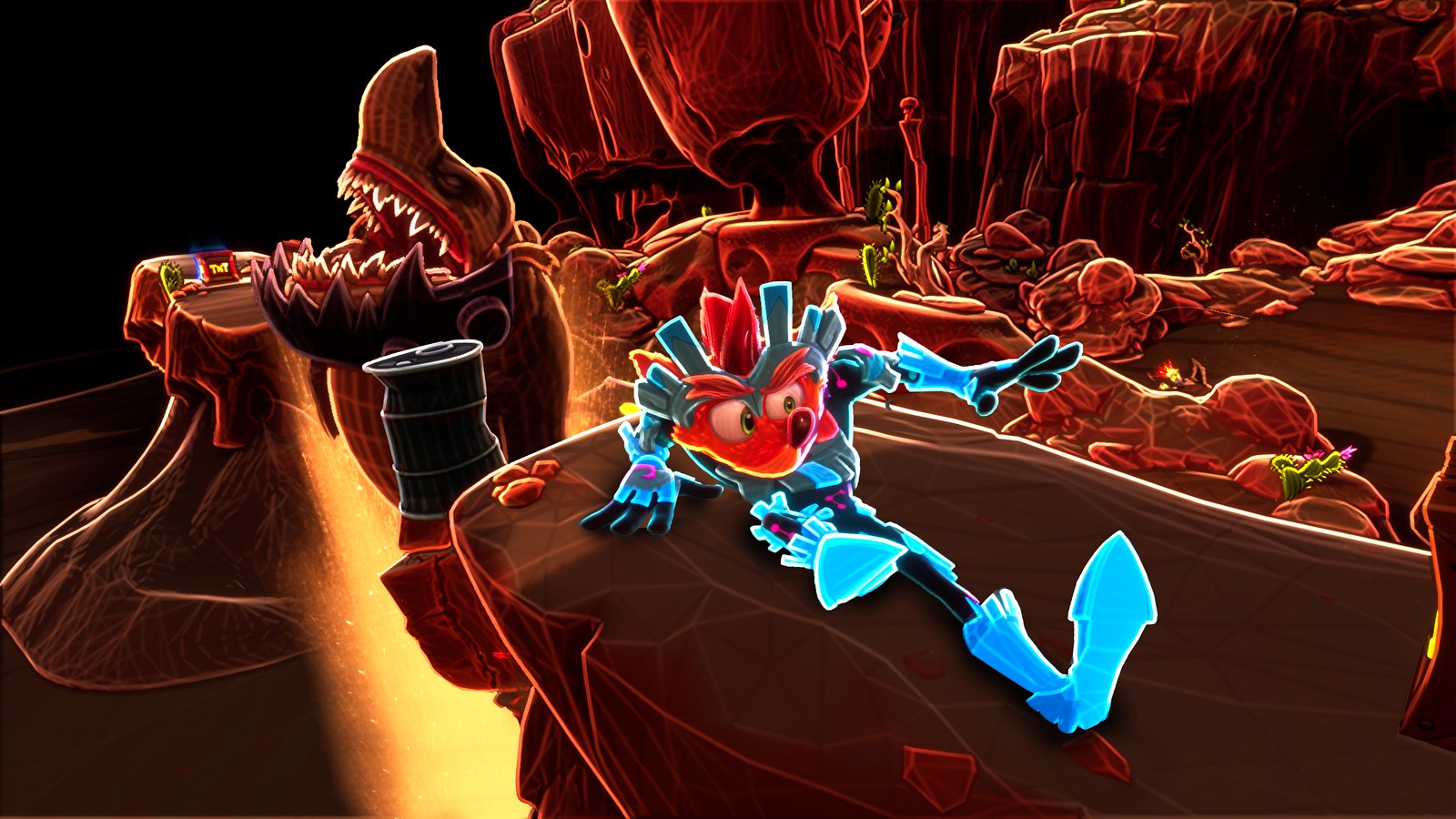 Completing Crash Bandicoot 4: It’s About Time – from collecting Time Crystals to Gems and more – is an achievement in of itself… But there is one ace in the hole that Toys for Bob, in collaboration with Beenox, has for truly testing out Bandicoots: N. Verted Mode!

N. Verted mode takes the concept of mirror mode and phase shifts it into another dimension. Perspective isn’t the only thing that changed; when playing in a dimension on N. Verted mode, that dimension may involve splattering paint to see your path forward, or keeping up with an old timey film reel that cranks up gameplay speed just as fast as it puts the picture on the screen.

Once you unlock this mode, all the game’s levels are repayable with this new art style, game feel, and challenges, allowing for the true completionists at heart to further challenge themselves for even more rewards, or for anyone who is curious about how their favorite levels get N. Verted.

On top of digital customers getting the Totally Tubular Skins for Crash and Coco, which puts them in some radical 90s swag, PlayStation owners will also receive two more sets of skins for both Crash and Coco: Go way back in time with the Marsupus Erectus Skins or embrace your inner cyborg with the Serious Upgrade Skins. The aforementioned skins will be available after the completion of the second level of the game.

These time-shattering skins are arriving first on PlayStation, so prepare to cross over into this fashionable dimension early on this platform!

We’re thrilled to finally release Mortal Blitz: Combat Arena on PlayStation VR October 8. Thanks to your feedback on the Open Beta that we held in August, we were able to make lots of improvements to the final product. Mortal Blitz was one of PlaySta...

How Slime is Used to Great, Gross Effect in Nickelodeon Kart Racers

It’s a classic kart racer, but has quite a few innovative features that have been fun to work on and are even more fun to play.