Hi! This is Irene, and along with everybody in the team of WildSphere I’m thrilled Naught is coming to PS4 this Friday. We’ve always wished to see Naught on consoles. And finally here it is! We can’t be more excited, and actually we’ve really enjoyed playing it as we advanced in the development.

Naught is a game that combines original mechanics with a minimalist visual style that mixes light, shadow, and little touches of color. A game that challenges your skills and your mind. You will find yourself immersed in labyrinths that go in all directions and where the only way out is to defy gravity and turn everything around.

The origin of Naught was a character that wouldn’t be limited to the ground and could move in any direction. We also wanted to achieve a very agile, fluid and fast behavior. My colleague, Miguel Diaz, is a huge fan of Sonic and we couldn’t avoid being inspired by the loops and the speed of this character.

The first versions of Naught, as a character, were slower and more rigid, but as the concept evolved in the different prototypes and games the control has become more organic. Another important characteristic of the character is that he doesn’t have any offensive action; he doesn’t attack, but slides among the dangers and enemies.

When we started to design the controls and what would be the most natural way to navigate the environment, some of us couldn’t stop thinking about using the shoulder buttons to rotate the world. However, it was also natural to use the left stick and other people in the team preferred it. So, we thought maybe players would appreciate having both options, and also added a trick to use both controls to achieve a sharper rotation that is useful in some corners of the levels. At some points, you need to make a 180º turn, so we added a button for that. 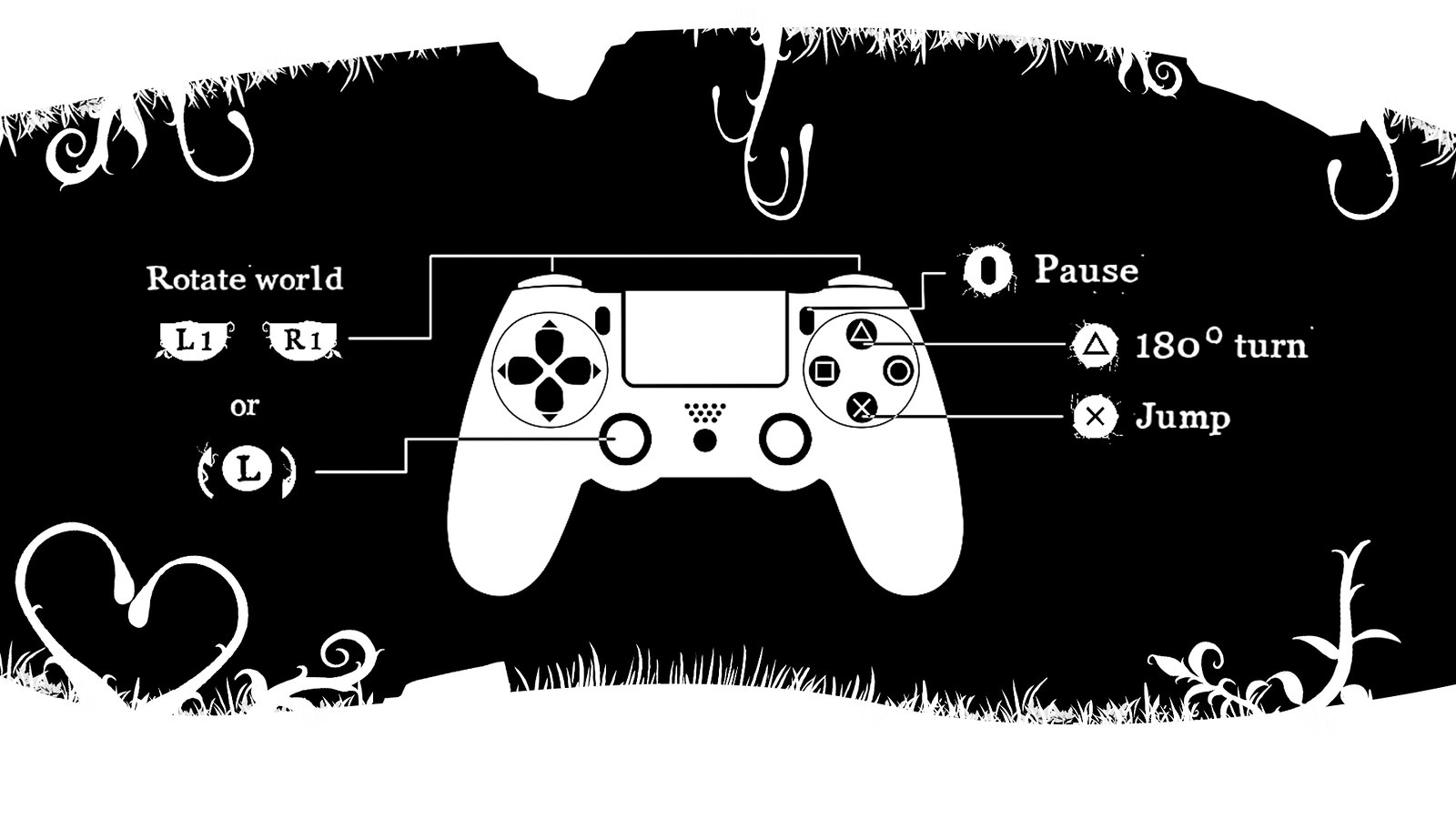 The controls of the game are quite simple, but the key part — and where it gets addictive — is the levels themselves and the way they challenge your skills. The first thing you have to do is forget about the ceiling and floor, and take advantage of the changes of gravity. Some levels can be completed without even touching the ground. 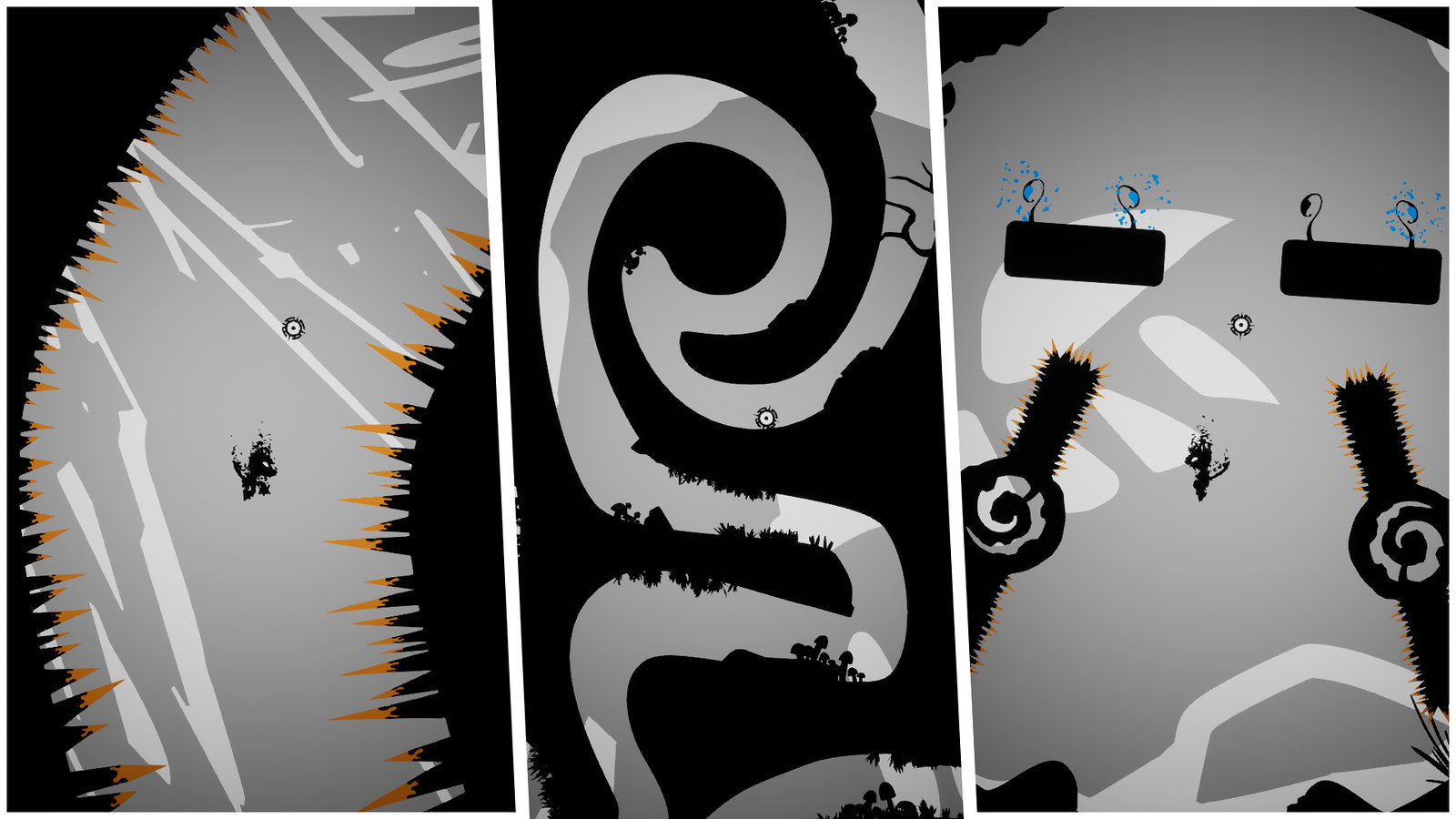 There are levels of many kinds: some of them are relaxing and involve more exploration to find the three hidden diamonds that every level contains; others are more tense and will keep you running from the shadows; others will test your skills, like some levels where you will be falling through walls full of spikes, or avoiding dangers that appear everywhere.

There are some levels where the protagonist is the Spirit of the Tree, who with his eyeball shape will go through narrow tunnels that form more classic labyrinths. 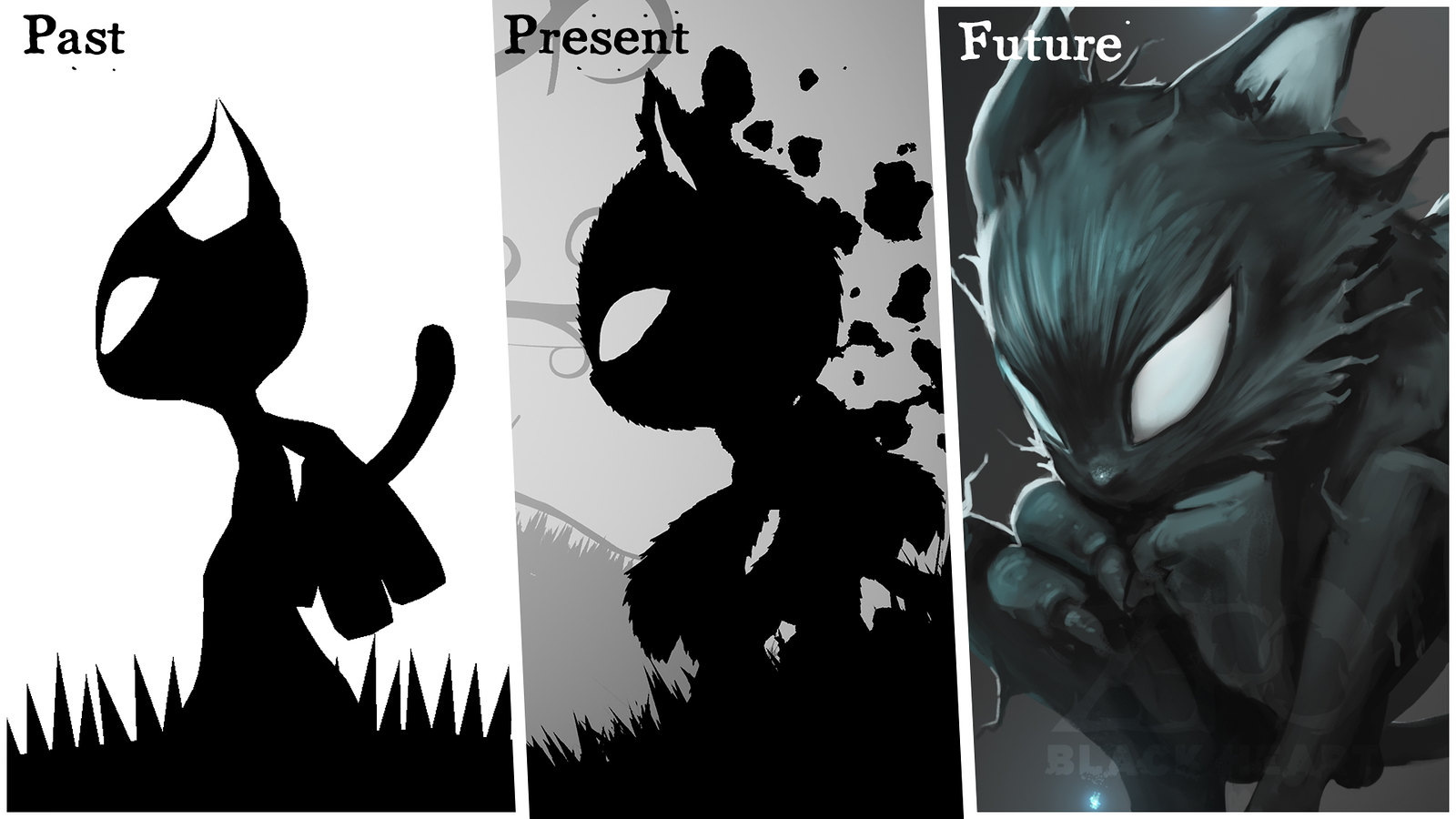 An emotional story as backdrop

The name of the game, and of the main character, is linked to the story. Naught is ‘nothing’; he is non-existent. He is a soul, awakened from his rest by a spirit that turns him into a semi-evil being. The story narrates the fight against the shadows, and the way Naught defeats them is linked to the emotions of Irish, Naught’s companion during life, and her internal fight between light and shadows. 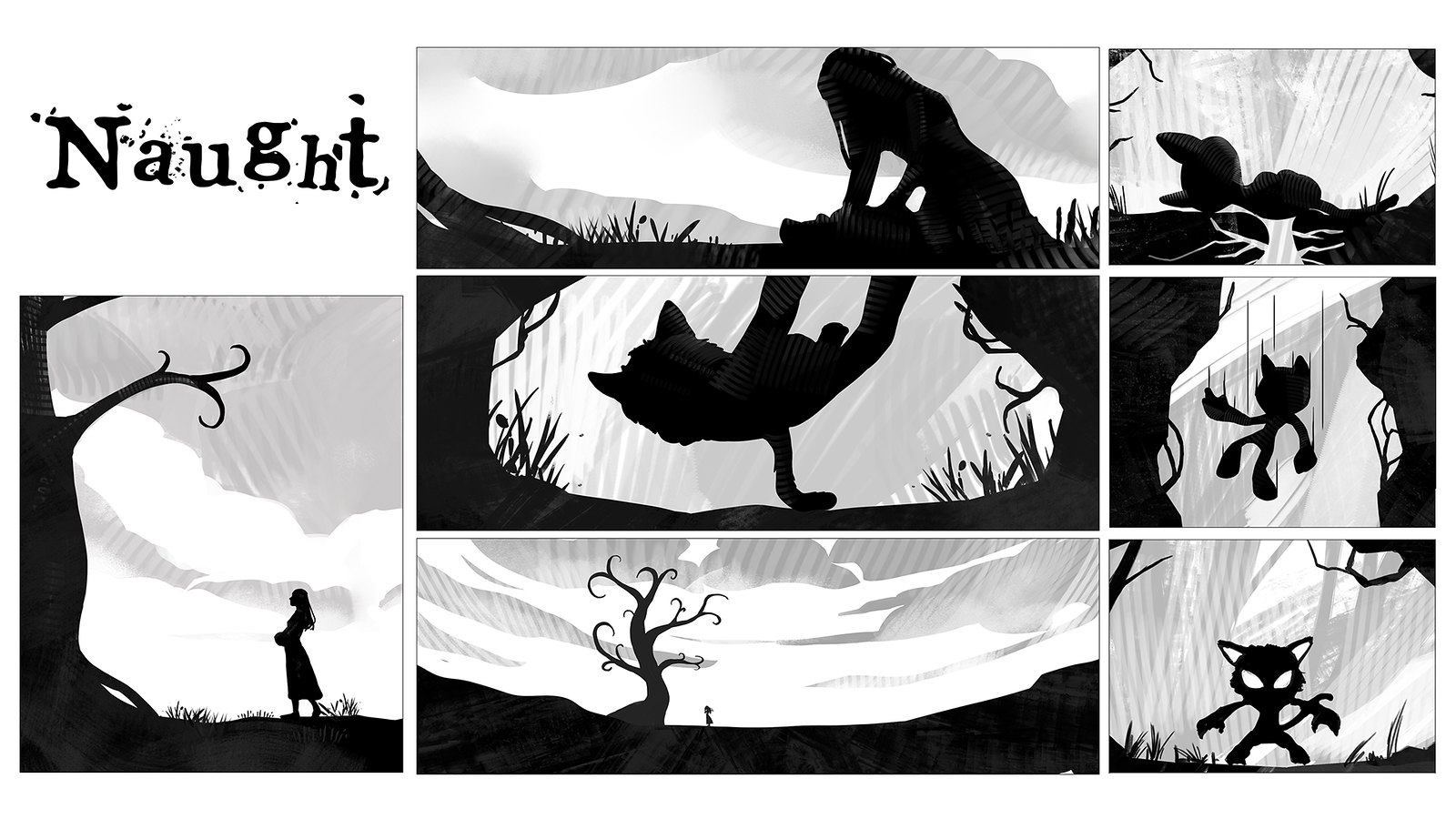 The challenges of development

Adapting this game for consoles was indeed a challenge because we wanted to differentiate it from the mobile games without losing what made it unique. We then decided to make a full reboot, redesigning all the art, and renewing the control and behavior of the character. The starting point for the new look & feel was not the original Naught, but more Naught Reawakening and the way the concept had evolved since then. 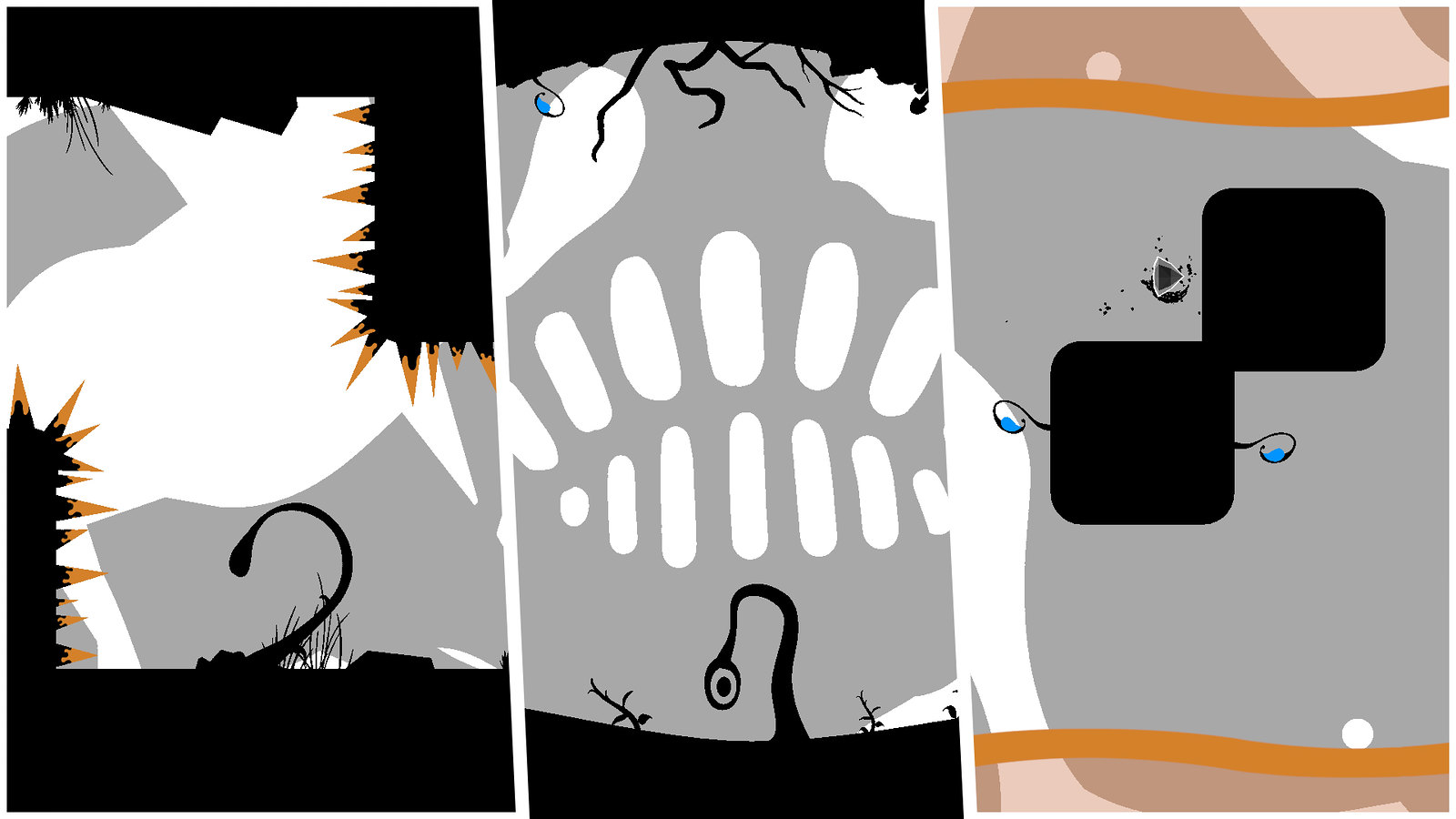 The development has also been quite atypical due to the current global situation. We had to delay the release because the sprout of the pandemic in Spain took us by surprise. And Naught has seen us change in depth the way we work at the studio. As many other teams now, we’ve finished this development at home and stuck to the headphones.

But we think it was worth the effort and we really hope you enjoy playing Naught. If so, we will bring you more surprises soon! Naught is one of our most appreciated projects, if not the most one, and we would love to continue working on it and evolving it to create new experiences of this saga.

1 year ago
1 year ago 8 hours ago
Flying Eze

Get ready to bring the thunder in Apex Legends Season 2 — Battle Charge. Meet the electrifying Legend Wattson, get your hands on a new and improved Battle Pass, take on unique challenges, and much more when the new season starts on July 2.

Hey everyone! To close out the month of October, Playstation Store has put together a little treat to go along with your Halloween tricks. Starting now PS Plus members can score up to 60 Percent off select titles (30 percent for non-members) during t...