Berlin – 25 November 2019. Today, Mozilla and the German Ministry for Economic Cooperation and Development (BMZ) have announced to join forces in the collection of open speech data in local languages, as well as the development of local innovation ecosystems for voice-enabled products and technologies. The initiative builds on the pilot project, which our Open Innovation team and the Machine Learning Group started together with the organization “Digital Umuganda” earlier this year. The Rwandan start-up collects language data in Kinyarwanda, an African language spoken by over 12 million people. Further languages in Africa and Asia are going to be added. 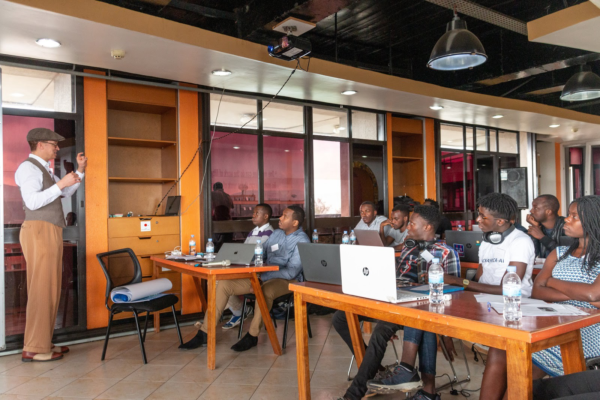 Kelly Davis, Head of Mozilla’s Machine Learning Group, explaining the design and technology behind Deep Speech and Common Voice at a Hackathon in Kigali, February 2019.

Mozilla’s projects Common Voice and Deep Speech will be the heart of the joint initiative, which aims at collecting diverse voice data and opening up a common, public database. Mozilla and the BMZ are planning to partner and collaborate with African start-ups, which need respective training data in order to develop locally suitable, voice-enabled products or technologies that are relevant to their Sustainable Development Goals (SDGs). Mozilla and the BMZ are also inviting like-minded companies and identifying further countries interested in joining their efforts to open up language data.

The German Ministry and Mozilla share a similar vision and work towards the responsible use of automated decision-making and artificial intelligence for sustainable development on scale. Supporting partner countries in reaching the SDGs, today, the BMZ is carrying out more than 470 digitally enhanced projects in over 90 countries around the world. As part of the National Strategy for Artificial Intelligence, the Federal German Government has agreed to support developing countries in building up capacities and knowledge on opportunities and challenges of AI – an area of expertise that the Mozilla Foundation has heavily invested in with their work on trustworthy AI.

“Artificial Intelligence is changing and shaping our societies globally. It is critical that these technologies are both trustworthy and truly serve everyone. And that means they need to be developed with local needs and expertise in mind, diverse, decentralized, and not driven by monopolies,” says Mark Surman, Executive Director of the Mozilla Foundation.

“Innovating in AI poses complex technological, regulatory and ethical challenges. This is why I am very pleased to see multiple teams within Mozilla working together in this promising cooperation with the BMZ, building on our shared visions and objectives for a positive digital future,” adds Katharina Borchert, Chief Open Innovation Officer of the Mozilla Corporation.

The cooperation was announced at Internet Governance Forum (IGF) in Berlin and will be part of the BMZ initiative “Artificial Intelligence for All: FAIR FORWARD”. A Memorandum of Understanding (MoU) was signed at Mozilla’s headquarters in Mountain View on November 14. 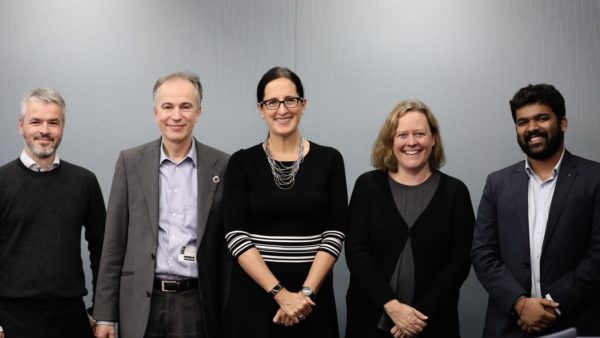 Mozilla believes that the internet is a global public resource that must remain open and accessible for all people, no matter where they are and which language they speak. With projects such as Common Voice and Deep Speech, Mozilla’s Machine Learning Group is working on advancing and democratizing voice recognition technology on the web.

Mozilla is excited to share that today 18 operators at Mobile World Congress 2013 in Barcelona announced their commitment to Firefox OS, which will power the world’s first Open Web … Read more

Introducing the Mozilla State of the Internet Report

Today, the Mozilla metrics team released the first ever State of the Internet report. With more than 350 million people around the world using the Firefox Web browser, we are careful … Read more