“Being able to bring this obviously on this day, it brings me great pride and great hope,” said city councillor Lionel Perez. Continue reading →

The borough of Côte-des-Neiges–Notre-Dame-de-Grâce has become the first in Montreal to adopt the definition of anti-Semitism, according to city councillor Lionel Perez.

Perez brought the motion forward, which was adopted during a special council on Wednesday.

“When we tack anti-Semitism, we tack every kind of hate,” Perez told Global News. “Being able to bring this, obviously on this day, it brings me great pride and great hope.”

Wednesday marks 76 years since the liberation of Auschwitz and International Holocaust Remembrance Day, the international day to commemorate victims of the Holocaust.

Perez says adopting the definition is an important step in the fight against hate.

“It will enable us to have a common understanding and definition of anti-Semitism, to be able to measure it, to be able to do awareness and education and to fight it,” Perez said.

“The first thing you need to do to be able to fight something is to define it.”

“Today is a reminder that we must never be indifferent in the face of anti-Semitism, prejudice and hate in our community and around the world. We also remember that before there were gas chambers, there was hateful rhetoric,” Montgomery said. 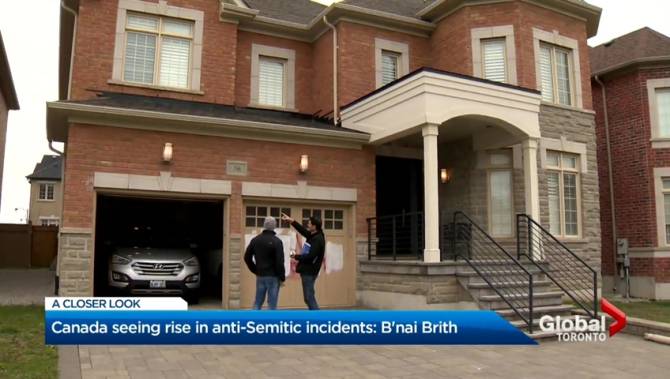 The definition of anti-Semitism adopted by the borough was coined by the International Holocaust Remembrance Alliance (IHRA), an intergovernmental organization mandated to focus solely on Holocaust-related issues.

“(Anti-Semitism) is a certain perception of Jews, which may be expressed as hatred toward Jews. Rhetorical and physical manifestations of (anti-Semitism) are directed toward Jewish or non-Jewish individuals and/or their property, toward Jewish community institutions and religious facilities,” the definition reads.

“We commend the borough of Côte-des-Neiges–Notre-Dame-de-Grâce and the entire city of Montreal for this important step towards the goal of eliminating anti-Semitism in this country,” said Michael Mostyn, Chief Executive Officer of B’nai Brith Canada.

The organization says anti-Semitism has been on the rise in Canada for the past few years.

On Jan. 13th, one of Canada’s largest synagogues, Shaar Hashomayim Congregation, was defaced with swastikas, a symbol of hate against Jewish people.

“(Anti-Semitism) has been rising in Canada for several years, and the COVID-19 pandemic has only exacerbated this problem — including in Quebec and Montreal. We call on the City of Montreal to follow in the borough’s footsteps and do what is right,” Mostyn wrote in a statement.

The city of Montreal says they are committed to fight anti-Semitism and all forms of racism and discrimination. But it argues the IHRA’s definition “has raised questions among civil society”.

“We wish to take the time to have this conversation with groups and citizens,” said Catherine Cadotte, a spokesperson for the office of Montreal mayor Valérie Plante.

The city’s Commission de la présidence du conseil, which reviews issues in order to guide the decision-making of elected officials who sit on city council, is currently reviewing the topic.

“We respect the process currently underway. We wish for the municipal council to be united around a common position so we can have the means to fight anti-Semitism,” Cadotte wrote to Global News.

The definition has been adopted by 28 countries so far, including Canada. 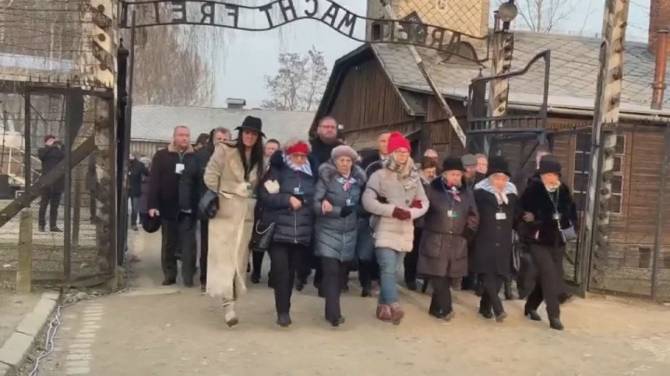