Meet the family at the heart of Wasteland 3’s story

Your time exploring a post-apocalyptic Colorado in Wasteland 3 is close-at-hand. As one of the Desert Rangers, you’ve been summoned to Colorado by the Patriarch, the self-appointed ruler of the area and its people. But things aren’t as simple as a friendly house call, and the Rangers soon discover their tenuous agreement with the Patriarch will be stretched thin over pillories of deception and intrigue.

Wasteland 3 is a game where your choices matter, and where your words and actions can drastically change the world and the outcome for its people. With hundreds of epilogue endings and a host of ways to wrap up the main story, how you choose to deal with the Patriarch, his request, and his people will directly impact your experience — so choose your words carefully.

Our Senior Writer, Nathan Long, was kind enough to answer a short Q&A on the Patriarch, his children, and the impact the Rangers can have on both.

The Patriarch of Colorado has summoned the Desert Rangers to deal with his rebellious children, Victory, Valor, and Liberty. Can you tell us why they’re leaving Arizona to help him?

The Rangers are in a bad spot after the events of Wasteland 2. They had to detonate a nuclear warhead inside their base to destroy a malevolent intelligence known as the Cochise AI. Not only did that mean they had to rebuild their entire organization from scratch, weakening them and making it more difficult for them to protect Arizona’s citizens, it left a radioactive hot zone in the middle of the state.

Consequently, untainted food and water are scarce, and raiders are getting bolder and more desperate. The fragile hub of civilization the Rangers helped build is in danger of falling apart completely. Arizona isn’t going to make it without emergency deliveries of food, water, and supplies, and that is what the Patriarch has promised them. The mission to go to Colorado and help him is thus a life or death one for the people back home.

Why does the Patriarch need the Rangers to deal with his kids?

Because he can’t trust the people around him. Every faction in Colorado would love to use his kids as bargaining chips or figureheads to further their own agendas. The Rangers need help only he can give, so he knows it is in their own self-interest to be loyal. 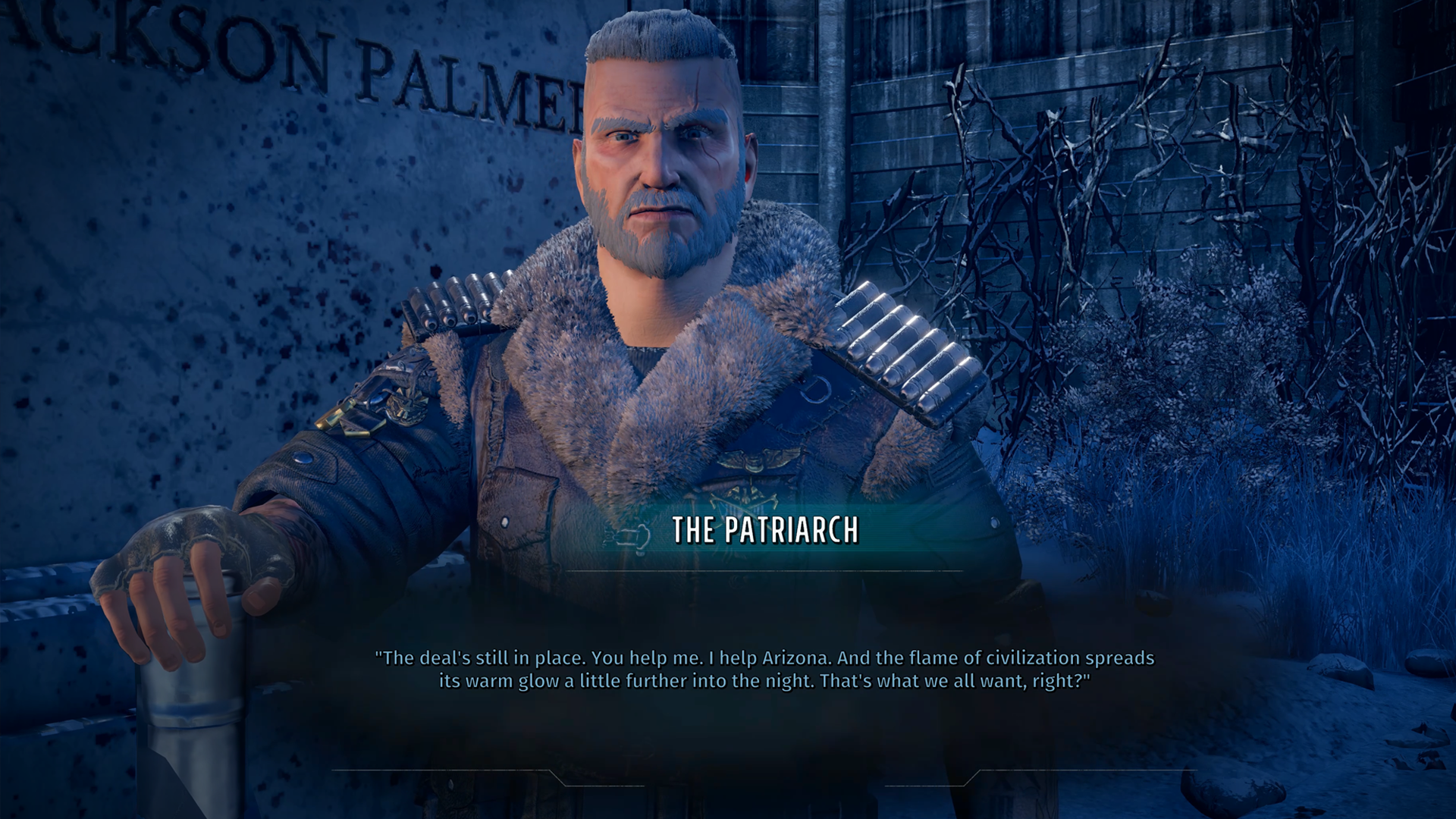 What is Victory’s story? He seems to be the wildcard.

Vic is a spoiled psychopath, a kid who knew he could get away with any terrible thing he did because he was the Patriarch’s son, so he did every terrible thing he could think of. The people of Colorado are terrified of him because he’s dangerous and unpredictable. He does what he wants to whoever he wants and no one’s brave enough to stop him or stand up to him, for fear of incurring his daddy’s wrath.

Valor is with the Gippers — a Ronald Reagan-obsessed cult. That’s of course going to be something you’ll have to deal with.

The Gippers have done with Valor exactly what the Patriarch was afraid of — they made him a willing hostage. The Gippers control all the oil production in Colorado, and now that they control Valor too, they can hold him for ransom to get a better deal for their oil, or even try to take Colorado for their own and put Valor on the throne as the Patriarch’s ‘legitimate’ heir. On his own, Valor isn’t much of a threat, but with the Gippers behind him, he’s a force to be reckoned with. 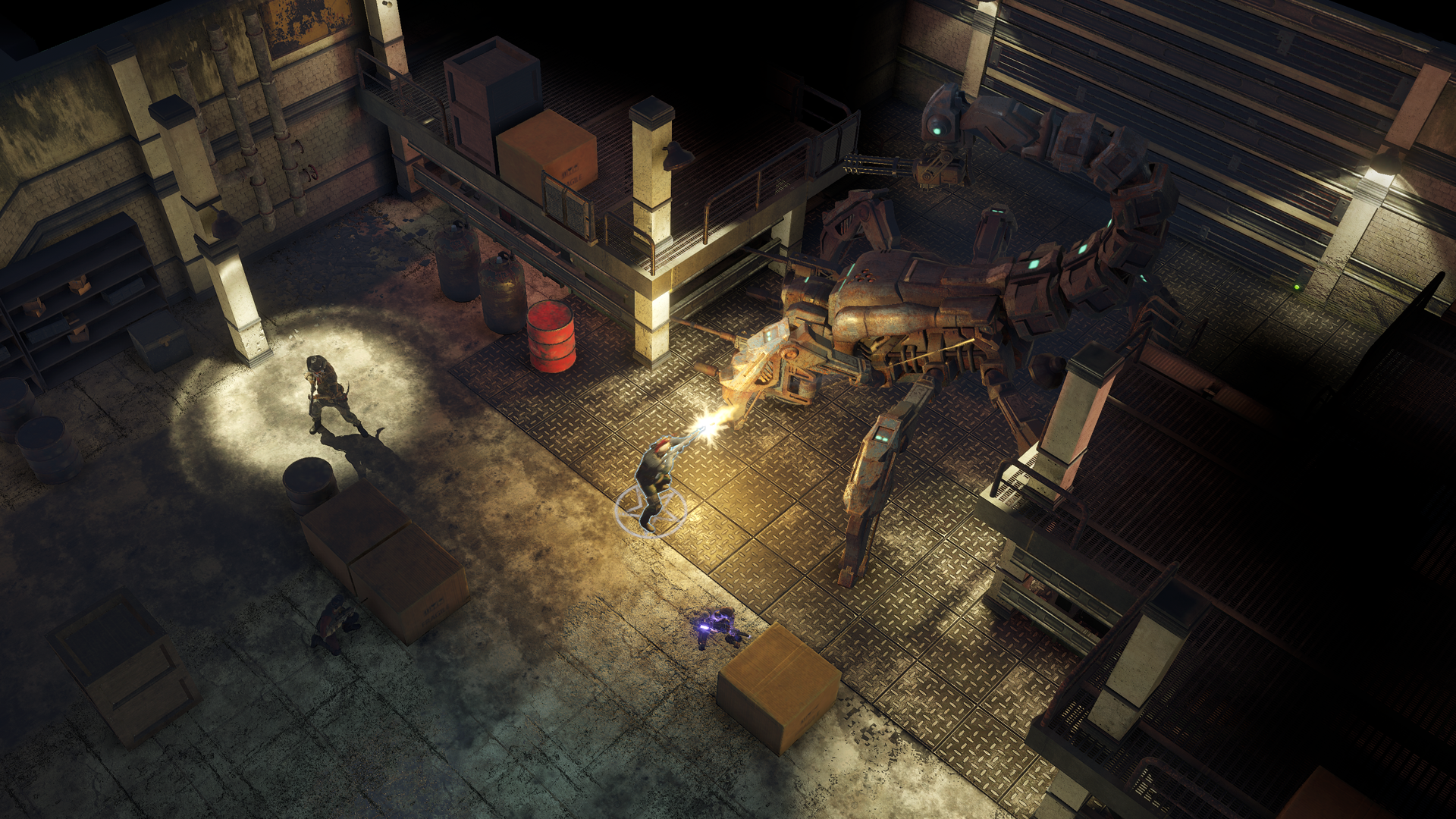 We haven’t heard much about Liberty. Why is she opposing her father and what threat does she pose?

Liberty has the best tactical mind of all the Patriarch’s children. She’s sane, smart, ruthless, and thinks her father is too soft. She wants to run Colorado like a military dictatorship, with all the citizens working in her factories, pumping out weapons and robots for her war machine. And with the warlords of the eastern plains under her command, she’s got the biggest army in Colorado.

How has she managed to amass such a big army?

The Patriarch’s last war was with the warlords, who led big roving bands of raiders that prey on Colorado and other civilized areas further east. Since their defeat at the Patriarch’s hands, the warlords have wanted revenge, and Liberty has promised she will give it to them. As long as they get to loot and pillage along the way, they will follow her anywhere.

Liberty has modified her body with cybernetic implants. Are such things common in Colorado?

Not common, but they exist. They are particularly popular with the eastern gangs. For the Scar Collectors, the most powerful of the gangs, body modification is a sacrament and a badge of honor, and their members will often sport multiple cybernetic limbs and internal implants. 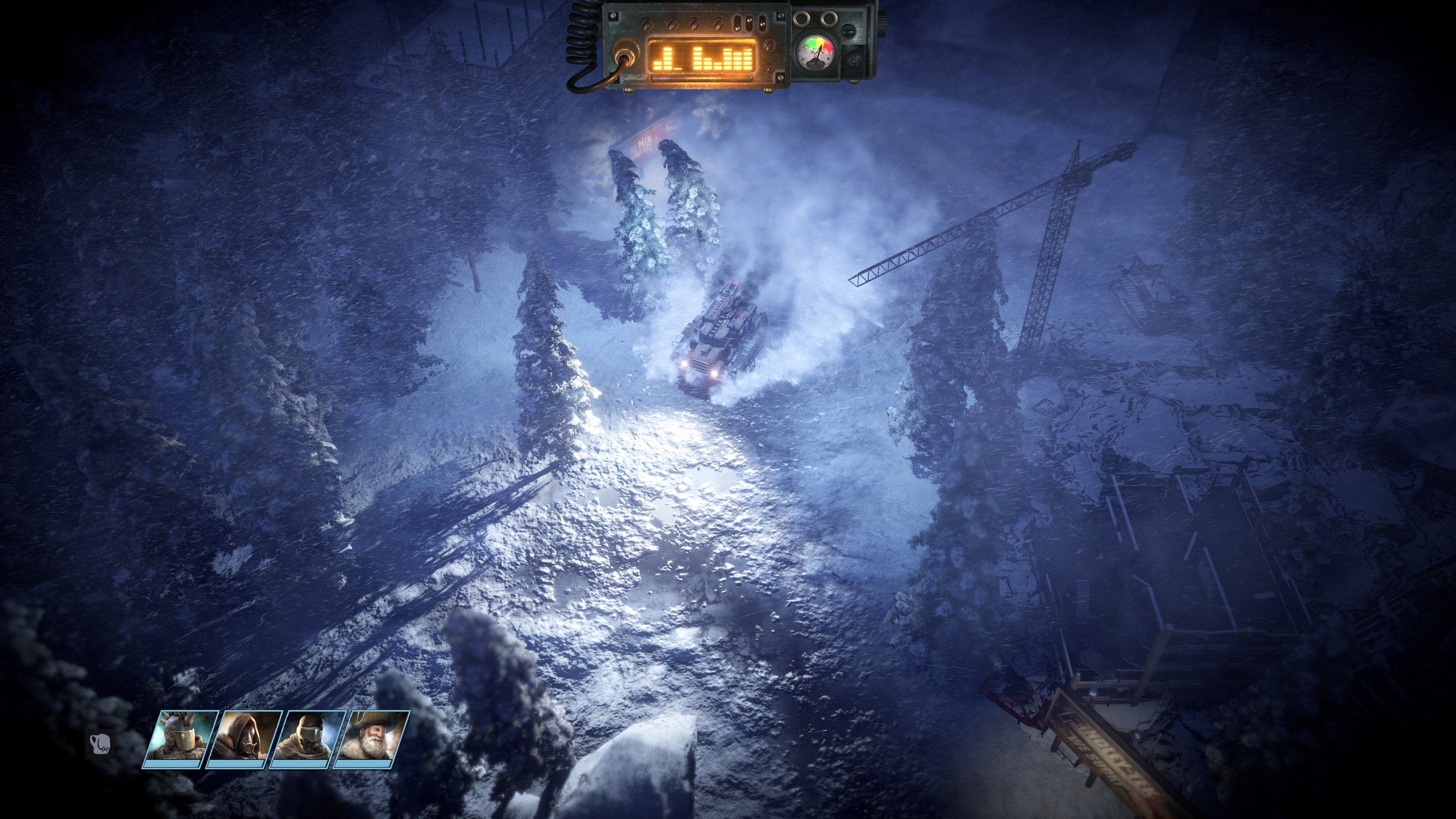 Wasteland is all about choice, so are there different ways to deal with each of the children, and how does that impact the game?

The biggest and most obvious way is that the Patriarch has commanded that his kids be brought back to him alive so, if you fail to do that, things will get… difficult. On the other hand, there are other possible allies who want all three kids dead, and they won’t like it if you don’t kill them. It depends who you want to side with. Beyond that, there are subtler consequences depending on how you treat each of the kids if you do keep them alive. But I’m not going to tell you how these decisions impact the game, because, well, spoilers.

Which of the three kids did you have the most fun writing?

They all have their strong points, but I think it’s Vic. Because he can join your party and make horrible, disgusting comments about everything you see from then on, it gave me the biggest opportunity to write fun, unforgivably inappropriate lines, so I pick him.

Wasteland 3 launches today on PlayStation 4, and we hope we’ll see you in Colorado!

This is easily our biggest update to God of War. We’re certainly looking forward to seeing who completes Give Me God of War New Game+ mode first. That’s a feat! Thank you, thank you, thank you for your patience and allowing us the development time ne...

We’re bringing back the fan-favorite translucent controller series with the introduction of these new limited edition DualShock 4 wireless controllers: Crystal, Blue Crystal and Red Crystal. These are new takes on the classic style, featuring a trans...