For our special launch edition of the Marvel’s Avengers War Table, our Crystal Dynamics team wanted to go BIG, so we revealed new details on the weekly gameplay ritual, new game modes, and a new Hero. Read on for a recap.

The Avengers Initiative will evolve over time for years to come.  Each addition combines and builds over time to a much larger series of story arcs. We’ve discussed missions in the past, but now it’s time to share some intel on Operations!

Kate Bishop is officially the first Avenger to join our roster after launch, voiced by fan-favorite Ashly Burch. In the comics, Clint – the original Hawkeye – took on Kate as a protégé. That being said, Kate is often the mature one in the face of Clint’s recklessness.

Operation Marvel’s Avengers: Kate Bishop — Taking AIM will directly advance from the conclusion of the Reassemble campaign, and includes a new villain for Kate to face off against.

Clint – voiced by TV veteran Giacomo Gianniotti – will come with his own Hero Operation, Marvel’s Avengers: Hawkeye — Future Imperfect. Considering the strong friendship and connection between Kate and Clint, we think of their Operations as a “double feature.” 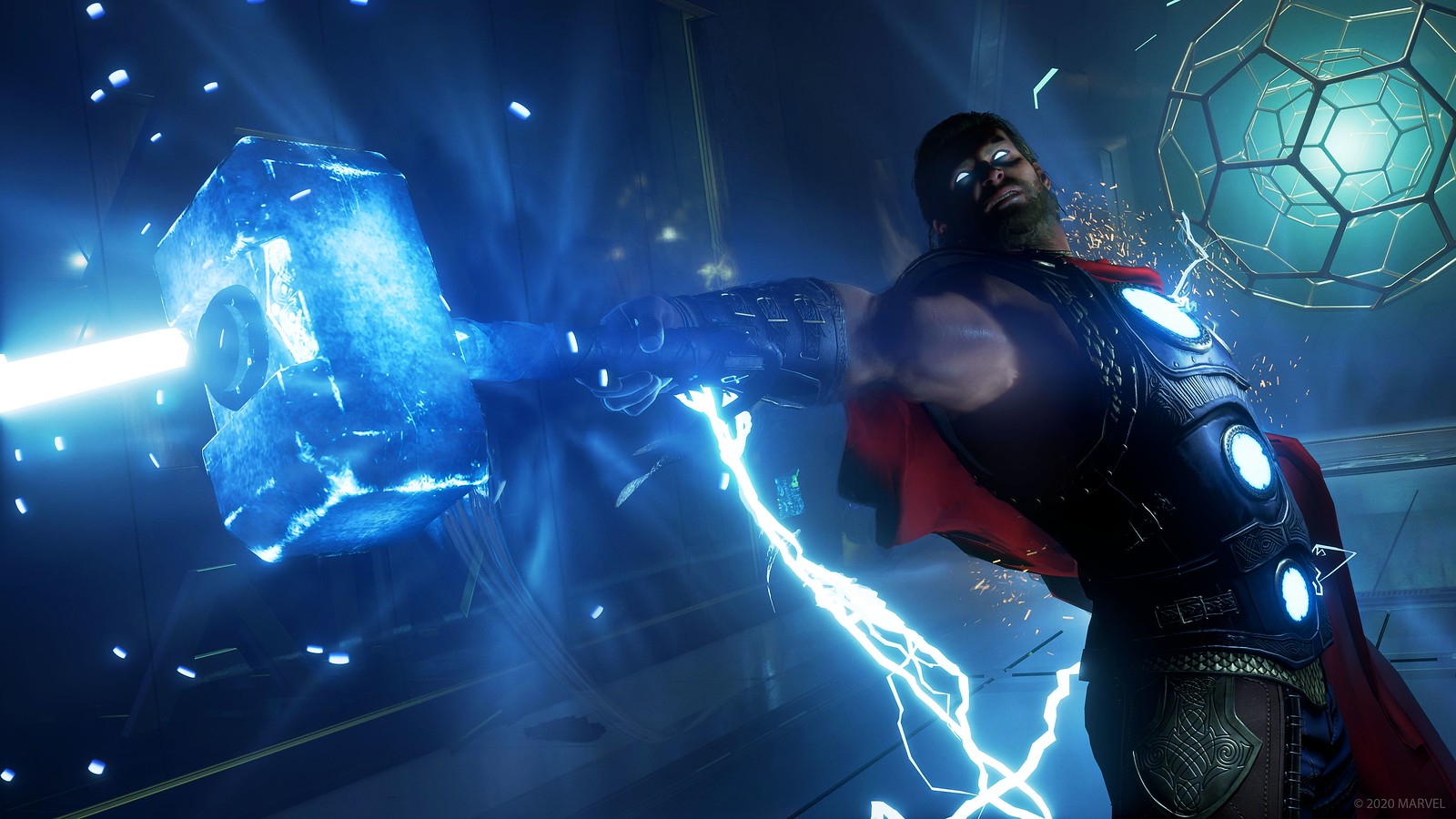 If you played the Beta, you now know that Marvel’s Avengers is huge. The Beta barely scratches the surface of what’s coming on day one.

On day one, most of you will want to start with the full single player campaign to experience reassembling the team and our narrative spotlighting Ms. Marvel & MODOK. That being said, if you want to jump right into the Avengers Initiative (with some campaign spoilers) to begin leveling up your favorite Avenger – you can!

It is worth noting you can access the Avengers Initiative and play in parallel with your campaign. So, you can go play with your friends, and then come back, and pick up right where you left off. 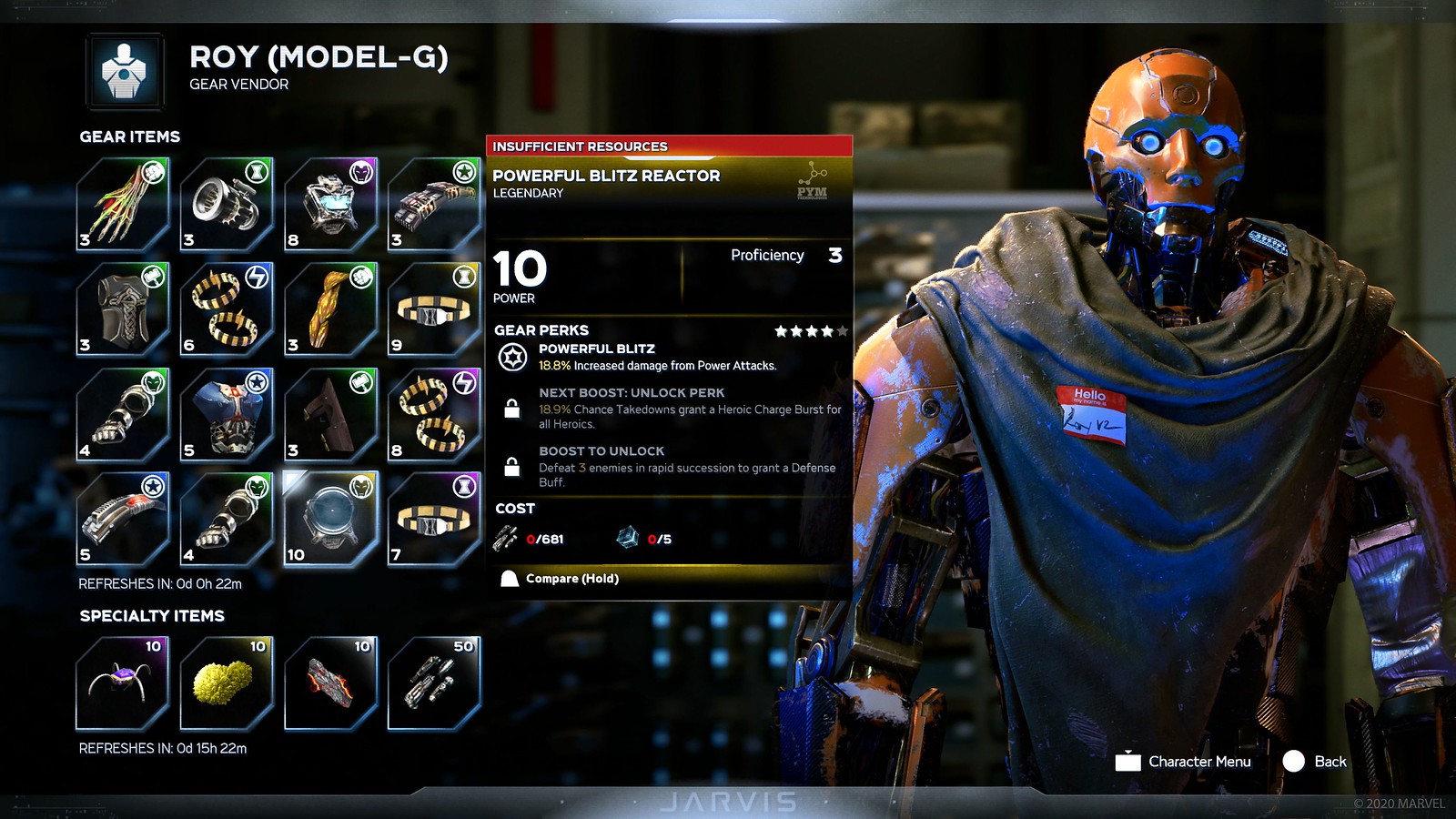 Marvel’s Avengers has daily and weekly gameplay loops. Understanding these is a great way to get the most out of each play session.

There are daily and weekly content resets, and the War Table is also dynamic. Some missions and rewards cycle in and out during your play session, some rotate daily, while others will only appear over the weekend (we’ll get to that in a bit!).

Here’s a pro tip: There are two Factions, each with eight Assignments and one Villain Sector per day, which adds up to almost 20 small objectives. Make sure to go grab all your Faction dailies when you login, because they can be completed as you play through other missions.

In-game vendors are also important to regularly check in on. Each has an inventory that rotates once per hour, so there’s always something unique to shop for.

Cosmetic vendors are similar. They have a stock of outfits, emotes, and nameplates that rotate once per day. You can unlock these cosmetics with units you earn by opening strongboxes, which are found throughout missions. 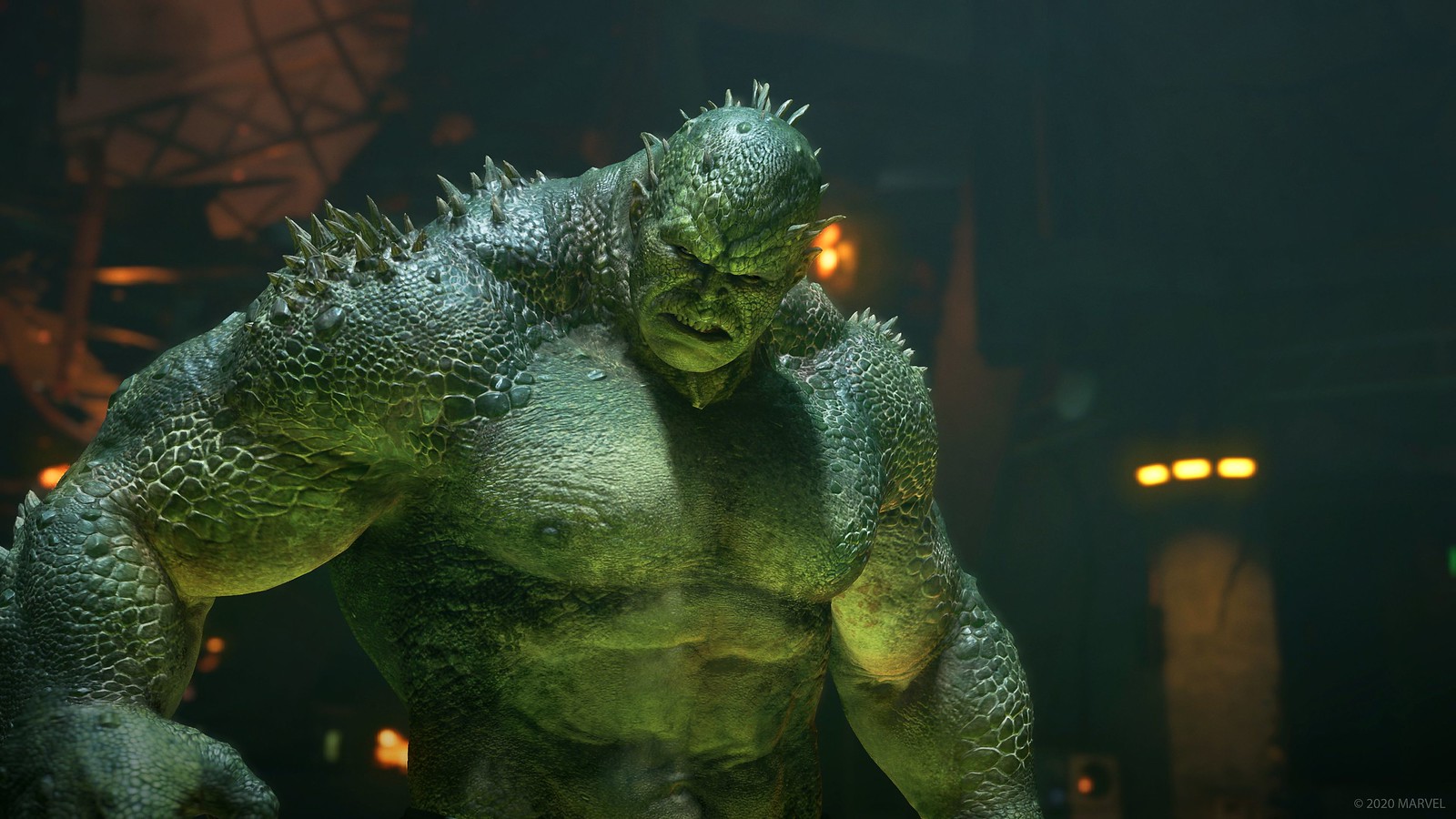 Villain Sectors are special missions that provide epic showdowns in boss fights that you’ll want to keep coming back to, especially the closer your Heroes get to the game’s launch power level cap of 150.

Uncover the secret behind these villain resurgances and put an end to them, if you can!

It turns out that before Nick Fury went missing he set up hidden SHIELD Vaults around the world. Players can unlock these to claim resources, gear, and secrets. However, coordinates for SHIELD Vaults must be located within other missions first. SHIELD Vaults are critical to ensuring you are ready for the challenges in late-game play. 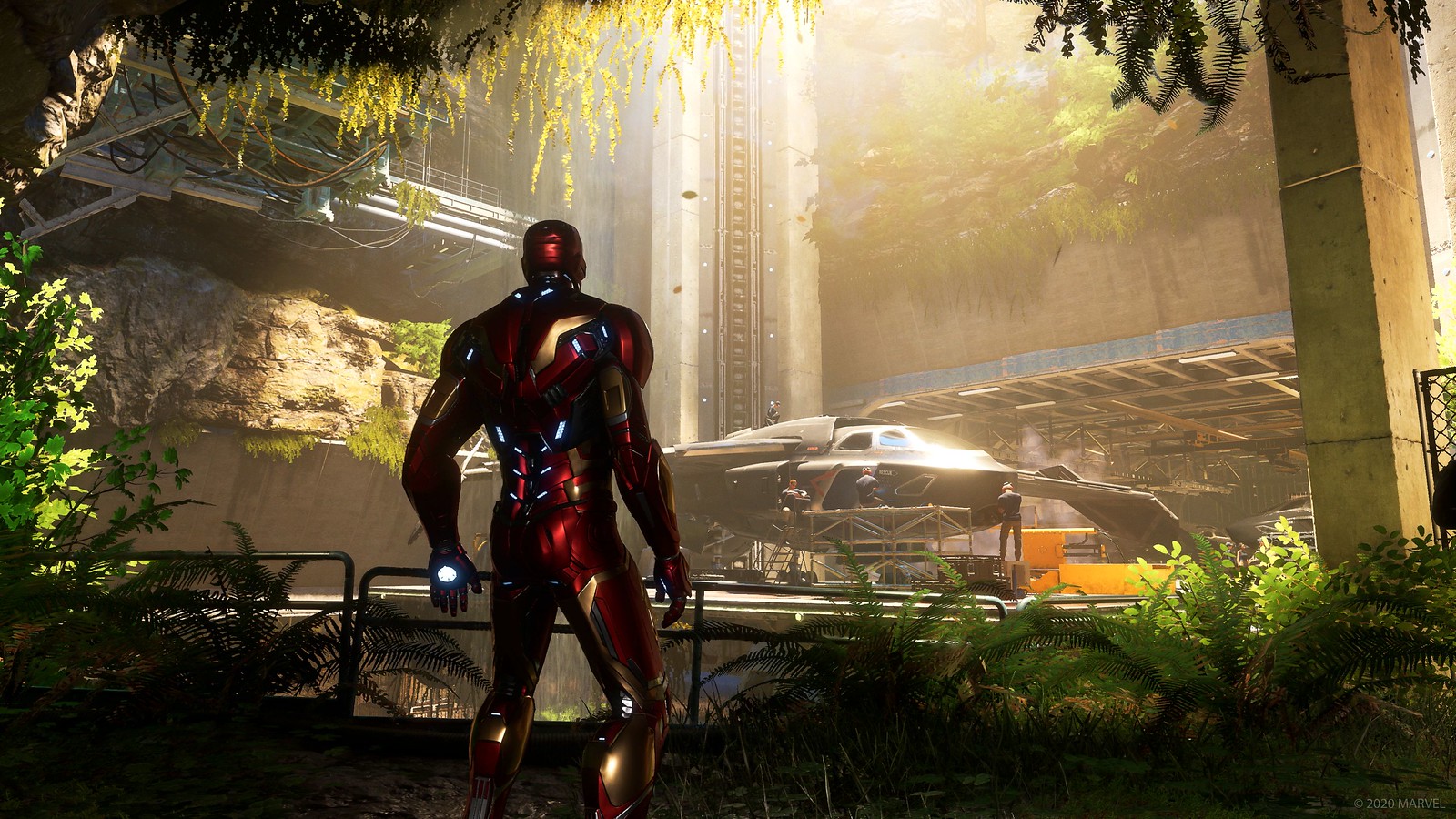 Events are a way we’re keeping the Avengers Initiative fresh and new. Some events will take place over a week, and others will be seasonal. Some will have cosmetics and gear that are only available to earn for a limited time. We’re also adding new locations to explore, with friendly faces (and voices!) you’ll recognize!

SHIELD Substation Zero is a new Resistance Outpost led by Commander Maria Hill, who is voiced by industry veteran Jennifer Hale. Available shortly after launch, the Substation opens as a social space after temporal anomalies begin forming across the world.

You’ll have to help Maria Hill investigate the source of these disturbances, known as Tachyon Rifts. We’ll save more details on the missions and the special gear you can earn for another time. 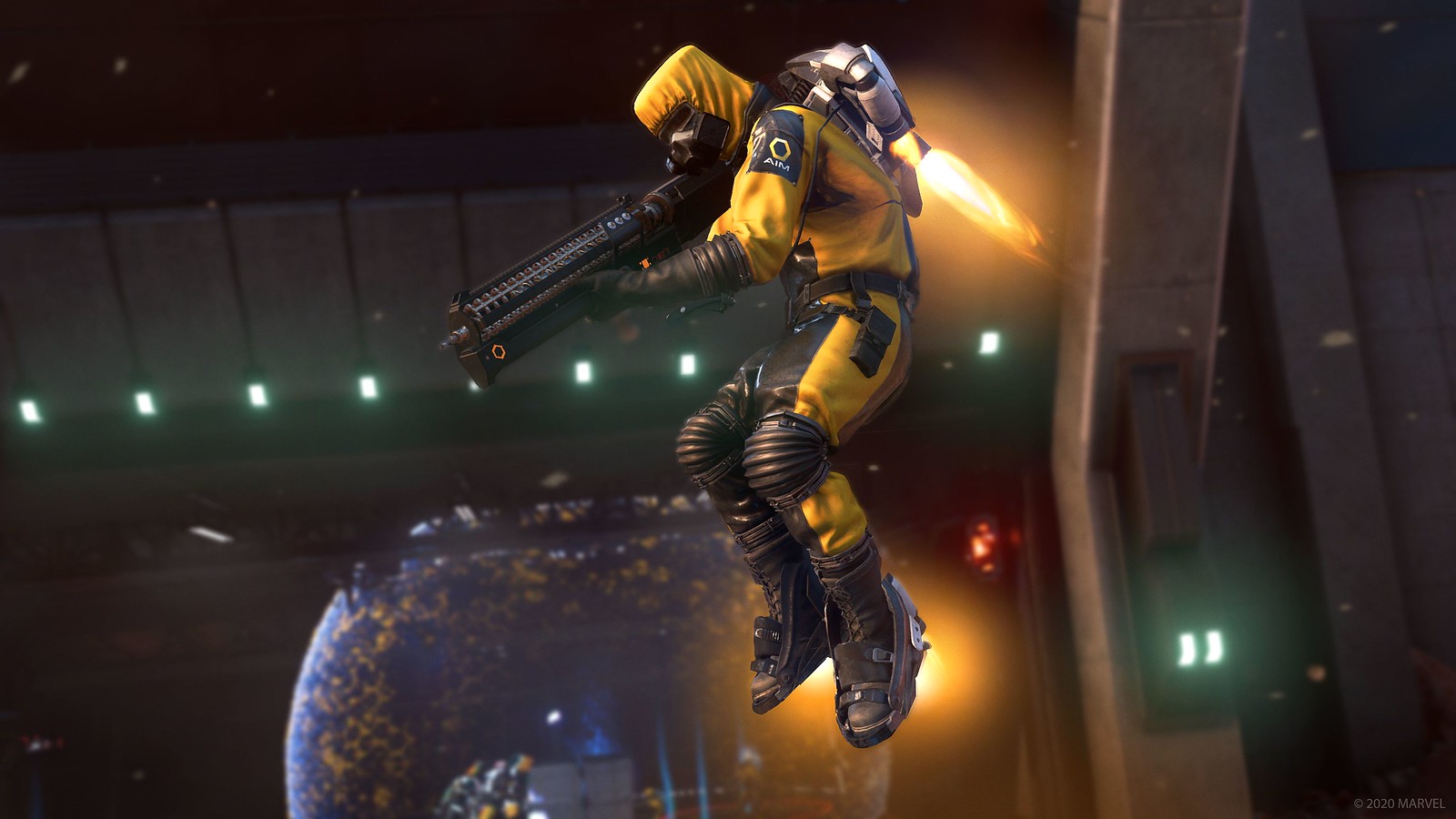 On to AIM’s Secret Lab, which will drop shortly after launch and be a true test of late-game co-op teamplay. Only available once a week, the Lab must be completed within a set time window and concludes in a huge boss fight that will take some strategic thinking from your four-player team.

The Mega Hive also arrives shortly after launch if you’re looking for a meaty solo challenge. This weekly mission type will test your full roster as you fight your way through descending floors with increasingly difficult enemies. When one hero goes down, another will join. After your full roster is defeated, you’ll need to start over from the beginning.

Before we wrap up, we want to send a huge thank-you to our fans. August was a big month for us. Millions of you joined the Beta and were among the first to play our original Avengers story and assemble online with friends. You are influencing the future of Marvel’s Avengers. We’ve been working hard to address your feedback, and will continue to do so. We hope you can see, feel, and play it on launch day!

N7 Day is a celebration of the Mass Effect universe and the game’s amazing community, and today, we’re extremely excited to take our fans far beyond the familiar boundaries of the Milky Way and into the depths of the Andromeda galaxy. We’ve got a new...

PlayStation Blogcast 327: Where Everybody Knows Your Online ID

Tim and I are holdin’ down the fort this week, so there’s nothing to keep us from talking Sekiro, Deltarune, and… Cheers? Come on in, grab a seat, and let us serve you up a frosty glass of gaming news. Plus, Kristen interviews Iain Wright, design dir...