Live out your Star Wars dreams in The Sims 4 Star Wars: Journey to Batuu

The Sims is about playing with life, and what’s more fun to play with than Star Wars? The team behind the new game pack are huge fans of the expansive universe. From lightsabers to droids to the alien species of the Outer Rim, the folks at Maxis have created a way for everyone to live out their Star Wars dreams through their Sims.

Whether players dream of flying starships or winning games of sabaac, there’s something for everyone in The Sims 4 Star Wars: Journey to Batuu. It gives players and their Sims the opportunity to explore their own path and become part of the story. Sims can choose to sign on with the Resistance, pledge themselves to the First Order, use the conflict to profit as a scoundrel—or they can just soak in the atmosphere. 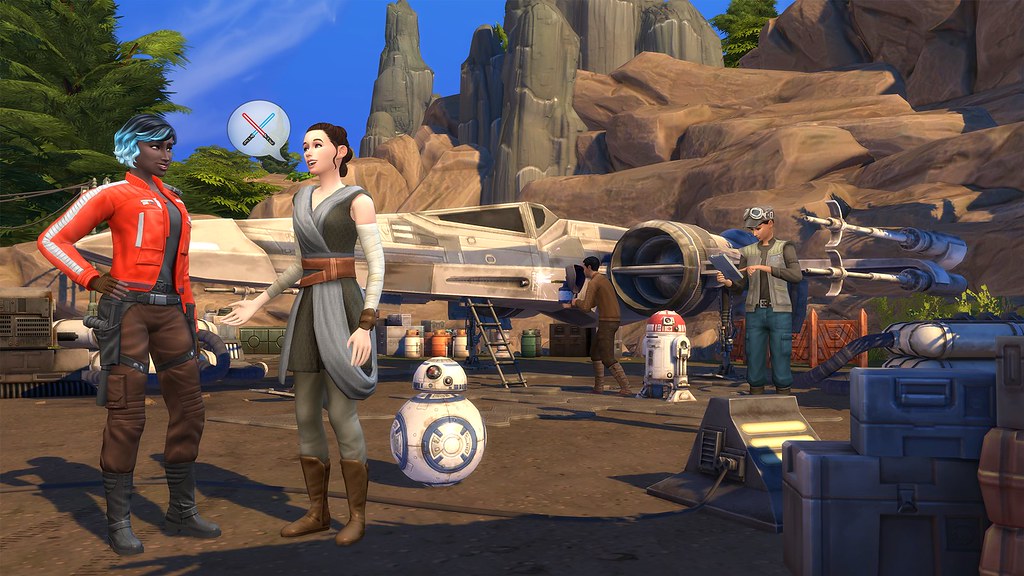 “When we decided we were going to make a Star Wars pack,” says producer Antonio Romeo, “We were inspired by the storytelling of Star Wars: Galaxy’s Edge, and we were excited by the narrative possibilities of Batuu. We liked the idea that it was a new world that we have not yet fully explored in films and other digital media. There is so much rich lore and history about Black Spire Outpost that it felt like the perfect backdrop for The Sims 4 Star Wars: Journey to Batuu.”

As Sims explore Batuu, players might recognize a few familiar places (and faces). Pump up the music and order a few Bespin Fizzes at Oga’s Cantina, and make sure to talk to DJ R-3X while you’re there. The famous pilot-droid-turned-DJ stands in as a guide for Sims who are new to Batuu. He’s got all the details about the factions and points of interest, as well as some special  secrets for players to discover. 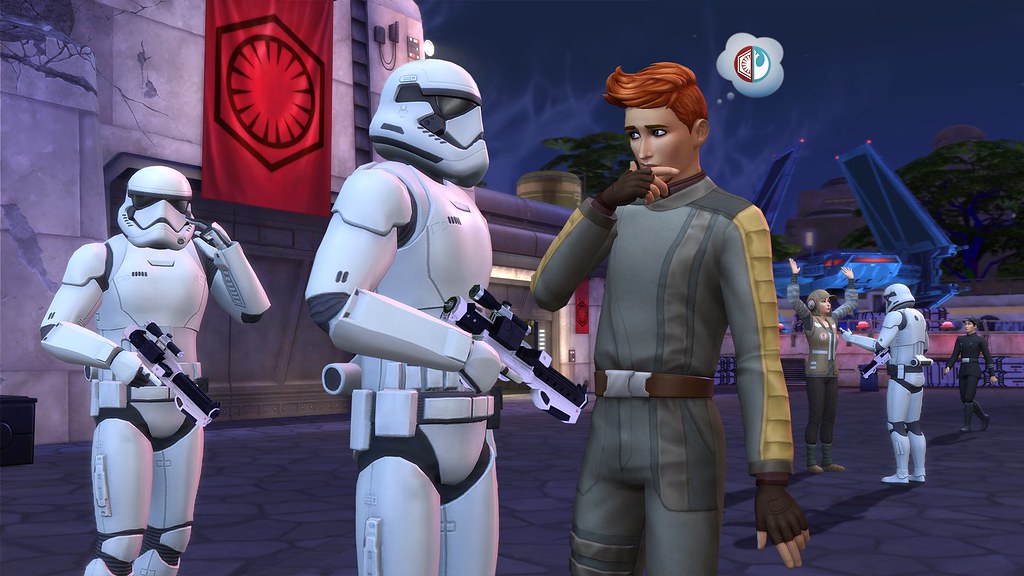 “In order to bring DJ R3-X to life, we brought in Paul Reubens (the original voice actor behind the droid) to record all of his lines in Simlish,” says Romeo. “He also threw in a couple of lines our Sims fans will appreciate.”

DJ R-3X isn’t the only iconic character to show up. Sims who progress down the Resistance storyline get to meet Vi Moradi and may practice lightsaber sparring with Rey, while First Order Sims report to Lt. Agnon and Supreme Leader Kylo Ren. Those who dedicate themselves to the scoundrel path are headed for the heist of a lifetime with “reformed pirate” Hondo Ohnaka himself.

Bringing Batuu to life for the game pack involved lots of research into the lore of the Star Wars universe, and close collaboration with the team at Lucasfilm. The developers built out a bevy of alien species—like Abednedos, Mirialians, Twi’leks, Niktos, Rodians, and Weequays—as well as droids players can customize for themselves. Personalize your own BB- or R-series astromech at the Droid Depot with various color, body, and head options, then give them a name and watch them come to life. You can even switch up their personalities with a selection of programming cards. 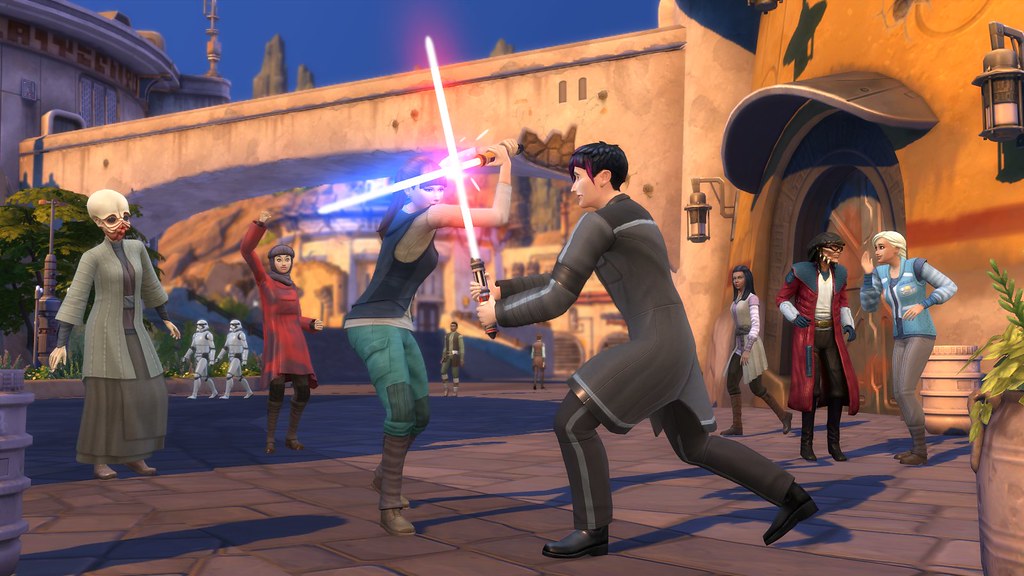 Of course, the most important Star Wars artifact is the lightsaber, and Sims on Batuu get to build their own! Simply find a kyber crystal and a hilt, and voila. Change it up when you find new parts, practice your skill with a Marksman-H training droid, and spar with other Sims. Even after Sims leave Batuu, they take their lightsabers and droids home with them.

The world of Star Wars doesn’t seem so far, far away now, does it? Download The Sims 4 Star Wars: Journey to Batuu from PlayStation Store tomorrow to start creating your Sim’s Star Wars story.

*Requires The Sims 4 (sold separately) and all game updates.

Dungeon Punks Starting a Brawl on PS4 This Year

How do you make the most fun side-scrolling brawler of all time? That’s what my brother and I asked ourselves when we started making Dungeon Punks more than four years ago. And we’re proud to announce that we’ll be showing our answer to that question...

Happy Valentine’s Day! Last week we asked you to share loving moments from your favorite games to celebrate the day with love using #PS4share and #PSBlog. From steamy rendezvous to heart-filled poses, here are this week’s highlights.