I tell you what everyone needs right now: a good old fashioned end-of-the-world apocalypse story. And whew boy is that exactly what we have here for you today.

It’s weird, making video games. I’ve never been one to just make another variant on a game you’ve already played, I’ve always been interested in doing something different. I prefer making games that play at the very edges of what video games are “allowed” to do.

That’s how Lair of the Clockwork God came about: what if you took two different video game genres, and kind of smushed them together? A character from a platformer teaming up with a character from an old-school point and click adventure game, and they had to work together, each using their unique skillsets? 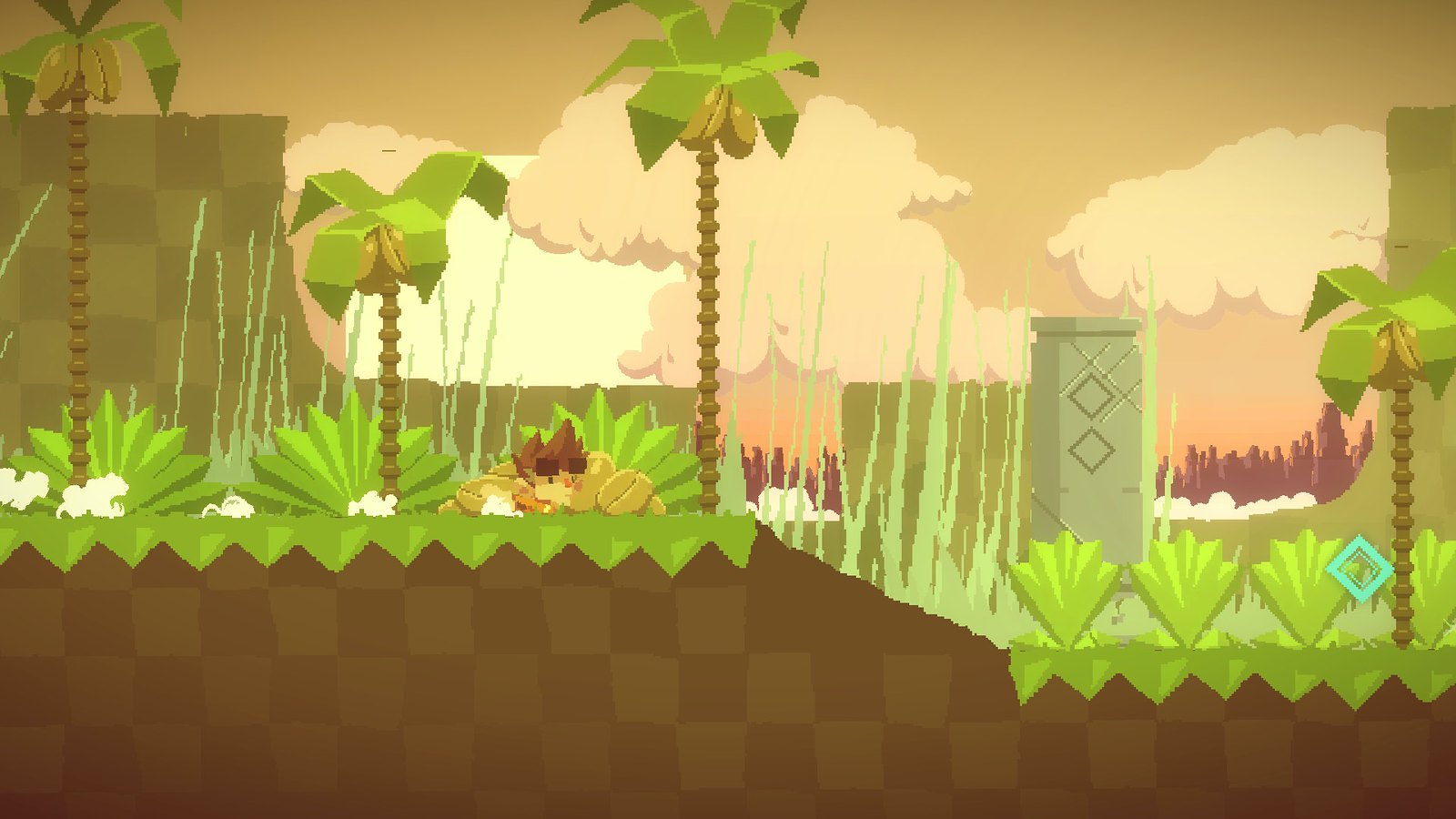 That’s the crux of what we have here: Ben is the Adventurer, Dan is the Platformer. Ben’s feet never leave the floor, but he’s perfectly happy stealing things, talking to people, that kind of stuff. Dan thinks that sort of thing is lame, and that these days there’s no money to be made from those types of games any more, so he’s going to be a new-fangled indie darling Platformer instead. He’s happiest jumping around the place at speed, or shooting a lovely Big Gun.

So: Ben will combine some items in his inventory in order to make some cool new bit of kit for Dan, who can use his new-found running-jumping-bouncing abilities to unlock new areas for Ben, with new puzzles to solve, all in an effort to try and stop all the apocalypses from destroying Earth at the exact same time.

You see, Dan and Ben find themselves into a bit of a pickle whereby all the apocalypses are happening at the exact same time (you know, tornados full of broken glass, wasps with swords, all the clocks are telling slightly the wrong time, that sort of thing) and they’re deep underground trying to half-heartedly find some way to remind a Big Computer why it should reverse these apocalypses, and ultimately save humanity. I am aware, it’s quite a lot.

There’s so much more to it than that, of course. There’s plenty of clever, funny, fourth-wall-breaking stuff in the game, but if I revealed it all here the joy of experiencing it for yourself would be gone. As a creator, I desperately want you to see this stuff for yourself, firsthand, before some cheeky young herbert on Twitter goes and spoils it for you.

Designing fun puzzles around all this, of course, is a nightmare. Which is why Clockwork God has been in development in some form or another for over a decade, while we chewed over the puzzles and the story and refined them over time into something that hangs together really tightly, in a coherent and satisfying way.

Lair of the Clockwork God has been hugely well received, to the point that we’re up for Best Indie Game of the Year at the Golden Joystick Awards. I cannot express how hugely excited I am to bring the game to PS4 on November the 6th, and I hope it will keep you entertained in the long cold weeks until your shiny new PS5 arrives.

If you’re like me, a good chunk of your journey through Naughty Dog’s vision of a ravaged Seattle was spent with time frozen. Heightening emotions etched on faces in story beats, fists balled and bodies stretched taut come fight scenes, gazing at the...

The seed of the Citizens franchise began a decade ago in 2009 with a simple idea — what if regular people, the ones typically NPCs in most games, were the heroes? This simple idea was provocative enough to make us eager to explore the possibilities a...